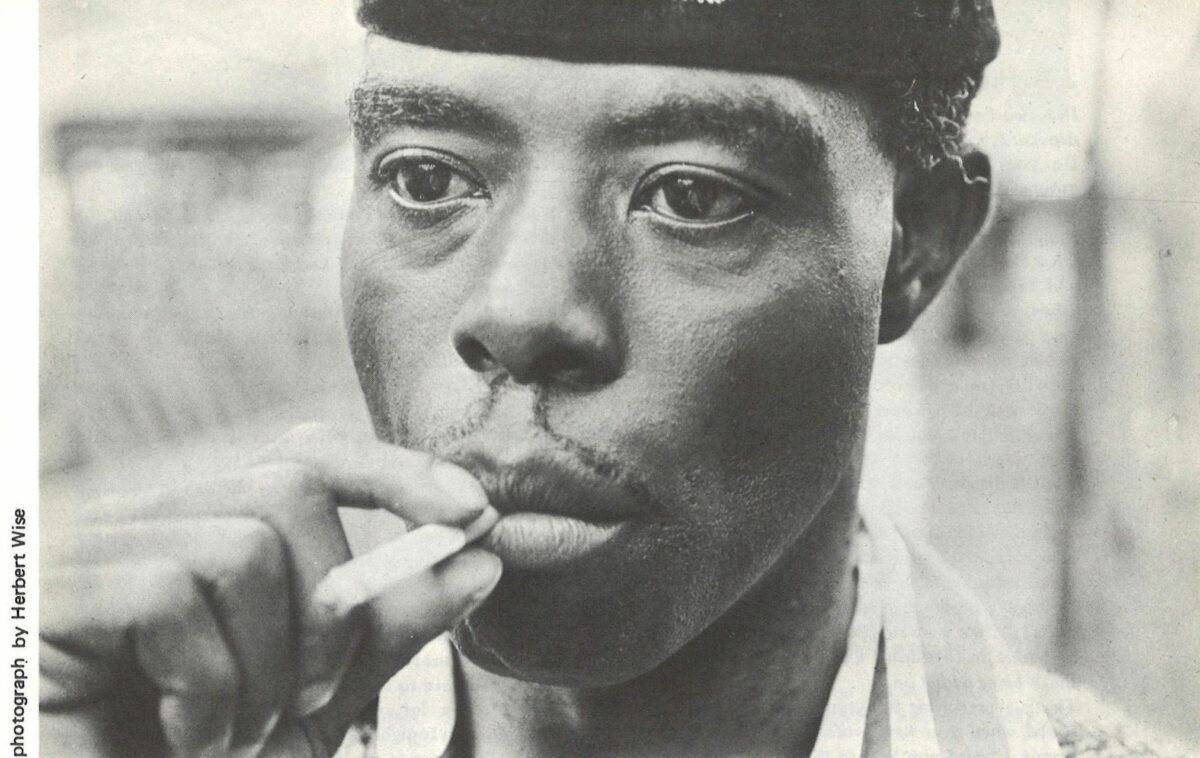 Complementing last week’s blog on Jean Ritchie well, the Torn Light Archives returns with our most recent acquisition, two 1970s issues of the folk revival era magazine, Sing Out!. The magazine was founded by Irwin Silber and Pete Seeger in 1950, initially based out of New York City, publishing quarterly issues about folk, blues, bluegrass, Americana, and international folk musical styles. Sing Out! was a part of an broader organization of the same name, whose mission is to “preserve and support the cultural diversity and heritage of all traditional and contemporary folk musics, and to encourage making folk music a part of our everyday lives.” While the magazine ended publication in 2014, the organization lives on and still produces a radio show, Sing Out! Radio Magazine.

Sing Out! was known for its inclusion of sheet music and lyrics for various folk songs in each issue, which can be seen in our archived copies below. Issues would also feature “Teach-In”s which would provide instructions on a particular skill, interviews, articles, and your usual sections for ads and classifieds. I was fascinated by the number of ads for folk-specific shops, like the ad for Hobgoblin Music, which sold specifically British and Irish folk instruments.

In our archived issues, take a look at an interview with Chicago blues guitarist J.B. Hutto, an article about forming a British-style folk club in the United States, a teach-in on how to play guitar in the style of Lester Flatt, the lyrics and music to an anti-nuclear song, an article about the history of the hammered dulcimer (Powers/Rolin Duo fans take note), an announcement for the Queen City Balladeers (who met right on Calhoun Street in Clifton), an obituary for the blues and string band musician, Carl Martin, and folk-specific ads that would be hard to find anywhere else.

Make sure to visit our folk & country and blues sections on the website for records, both classics and recent hits. If this post interests you, check out these previous blog posts too: “Jean Ritchie & The Beauty of Kentucky,” “‘Always On My Mind’: The Life and Work of Mississippi John Hurt,” “‘Married to the Guitar’: A Look Into the Music of Solo Acoustic Guitar,” and “‘The Entire World of Sound’ with Folkways Records.”

For more to read about Sing Out!, see the Sing Out! website and Matthew R. Hengeveld’s article, “Who Are These Folks and Their Music?: A History of Sing Out! Magazine.” If you want to play more of the songs from the early days of Sing Out!‘s history, check out Reprints From Sing Out the Folk Song Magazine from the library. 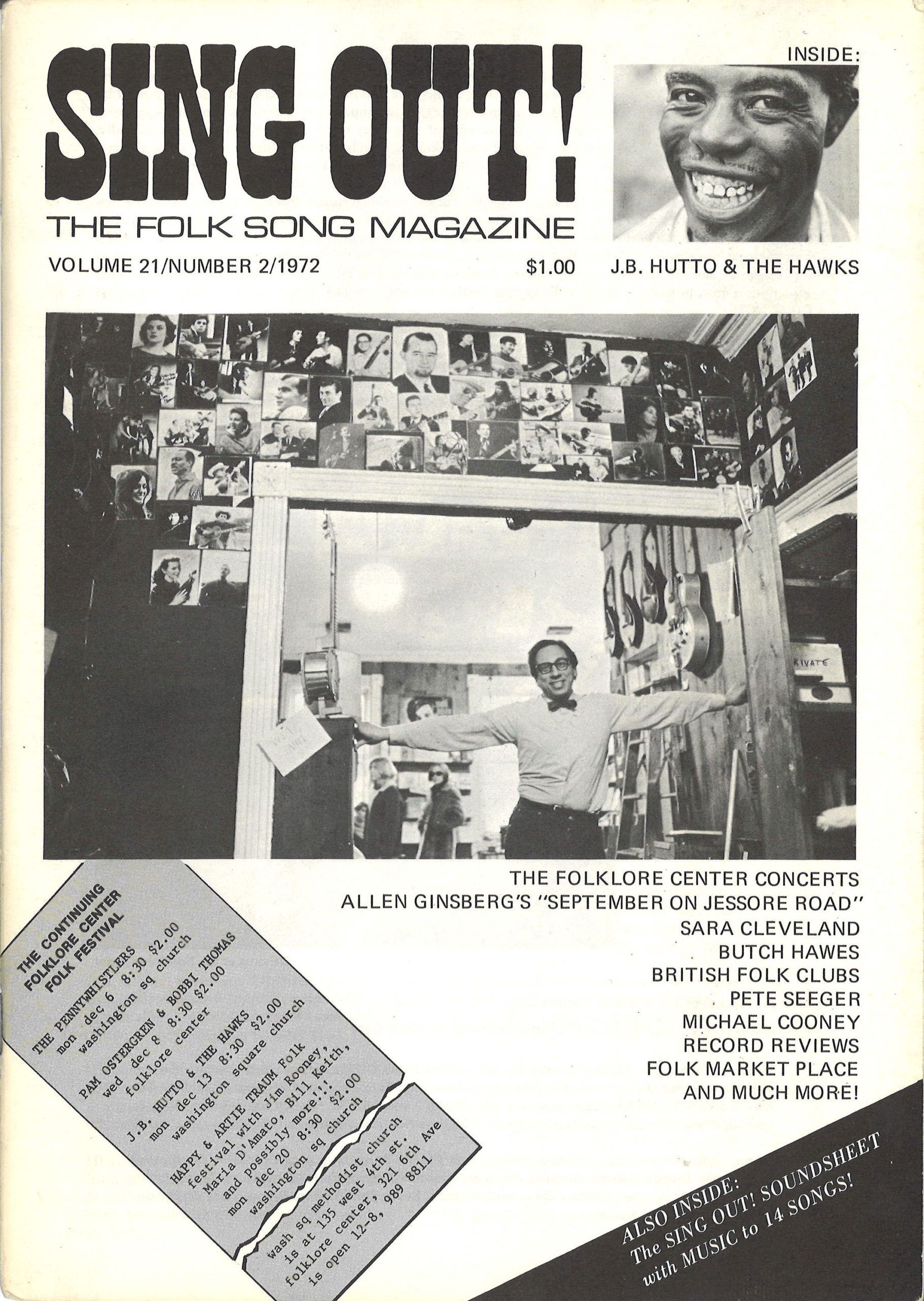 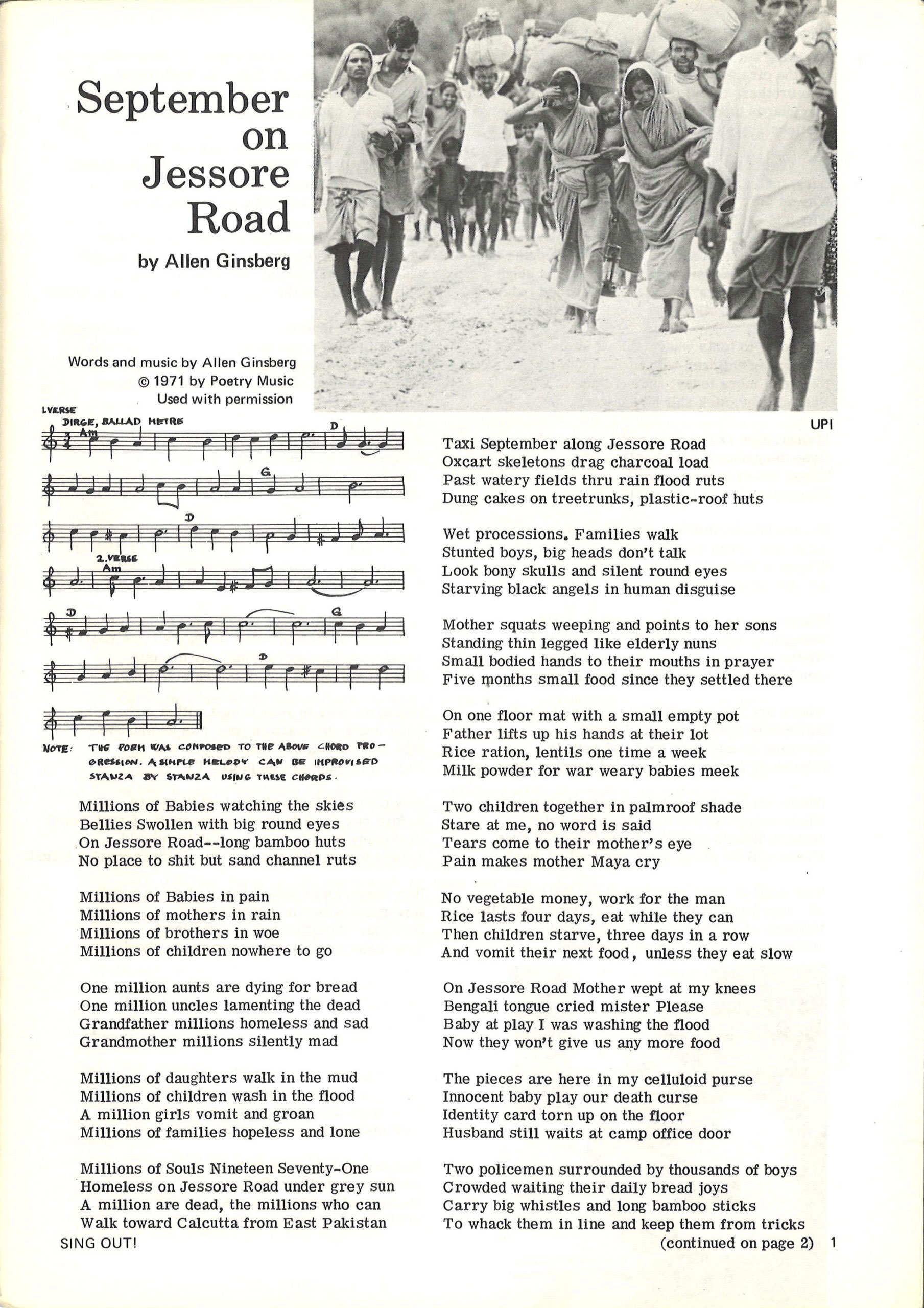 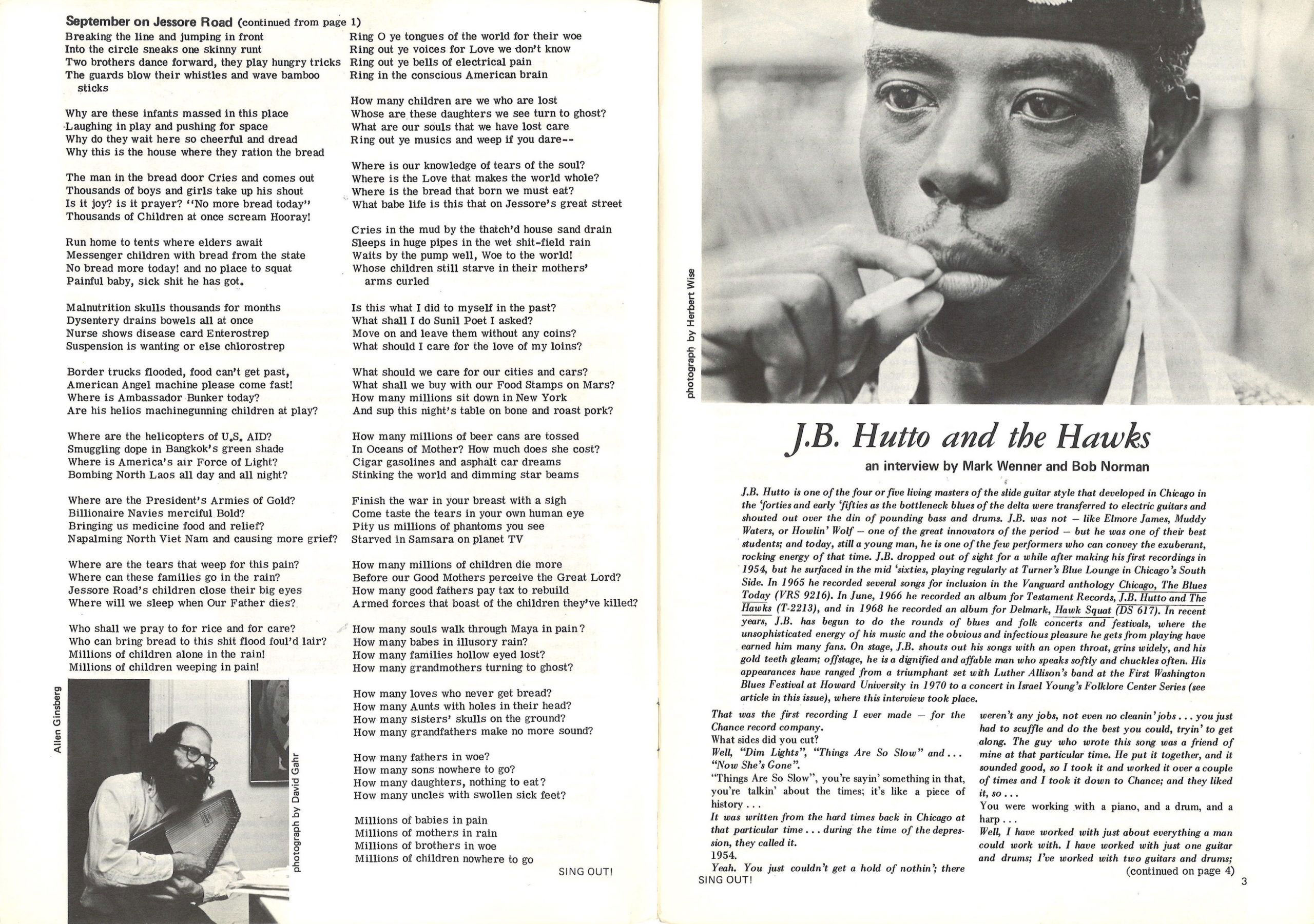 “September on Jessore Road” cont. + “J.B. Hutto and the Hawks,” an interview by Mark Wenner and Bob Norman 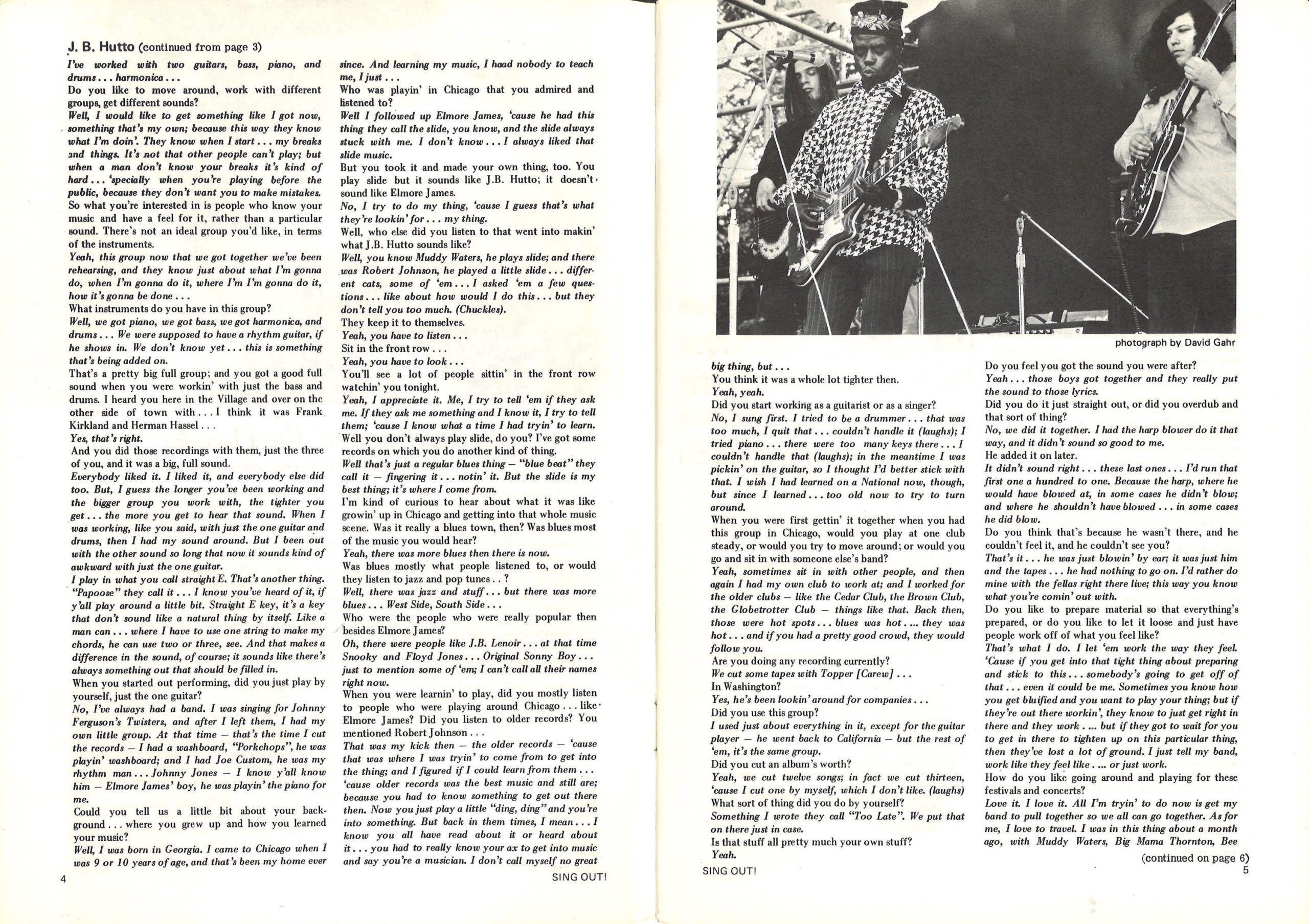 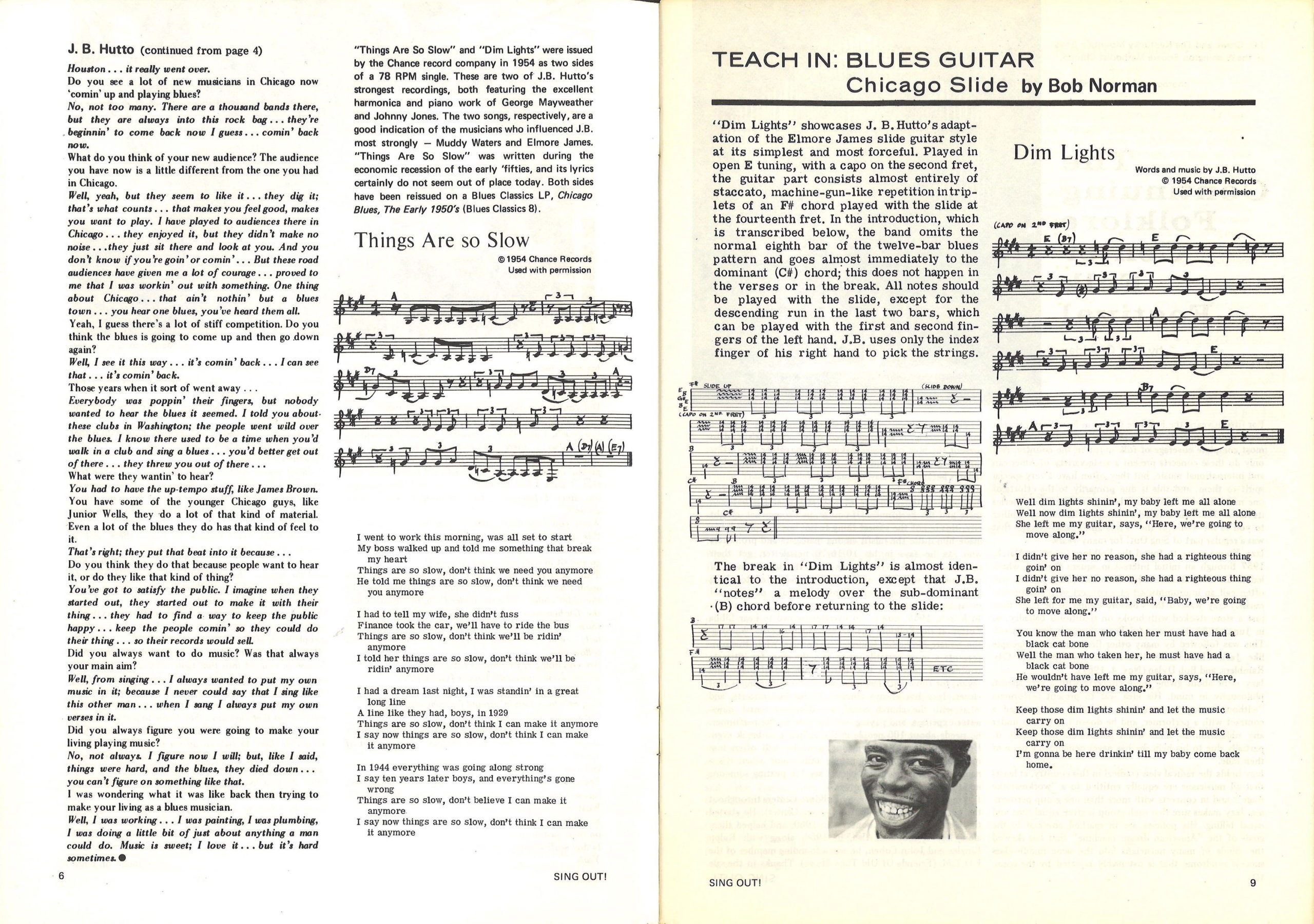 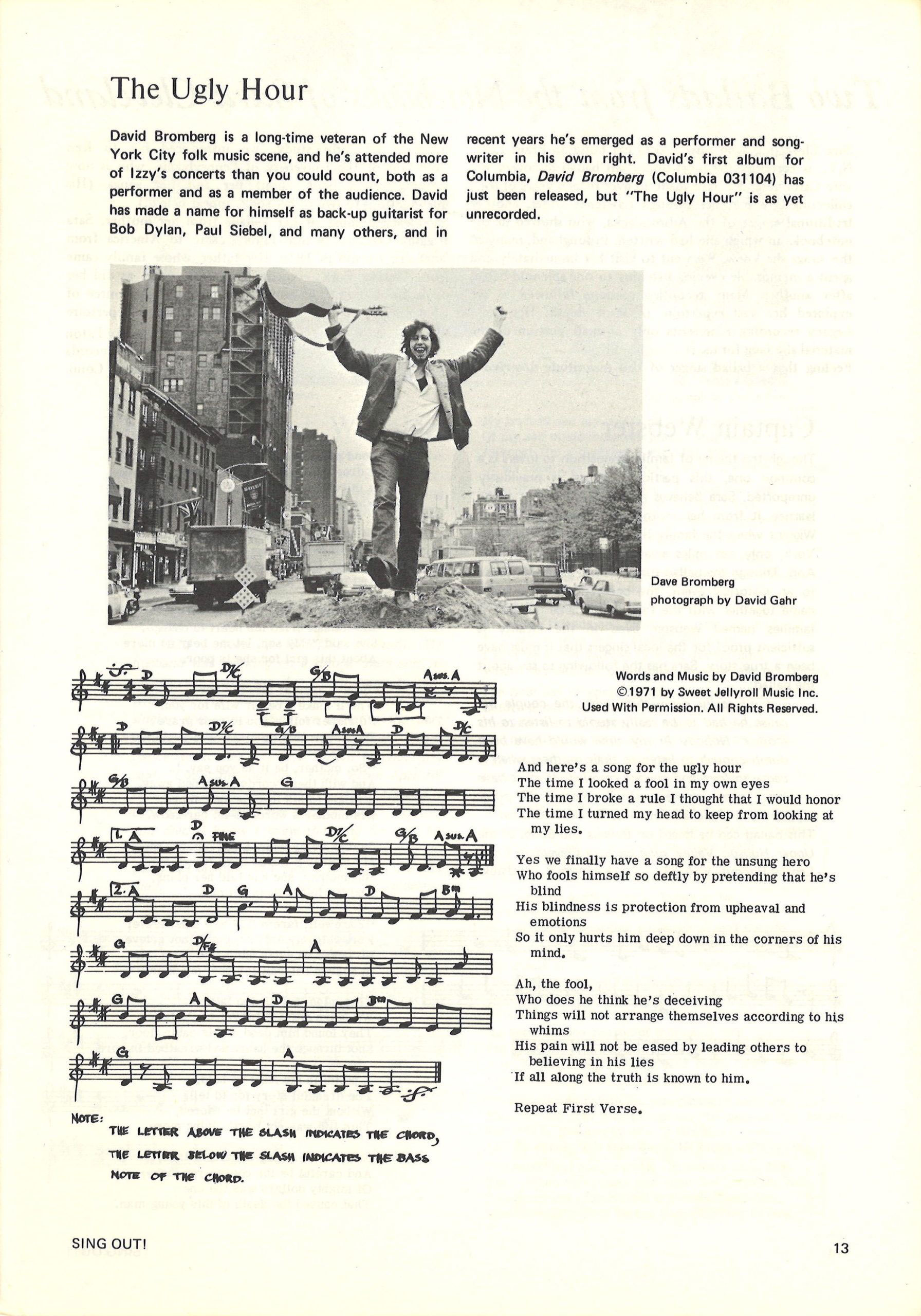 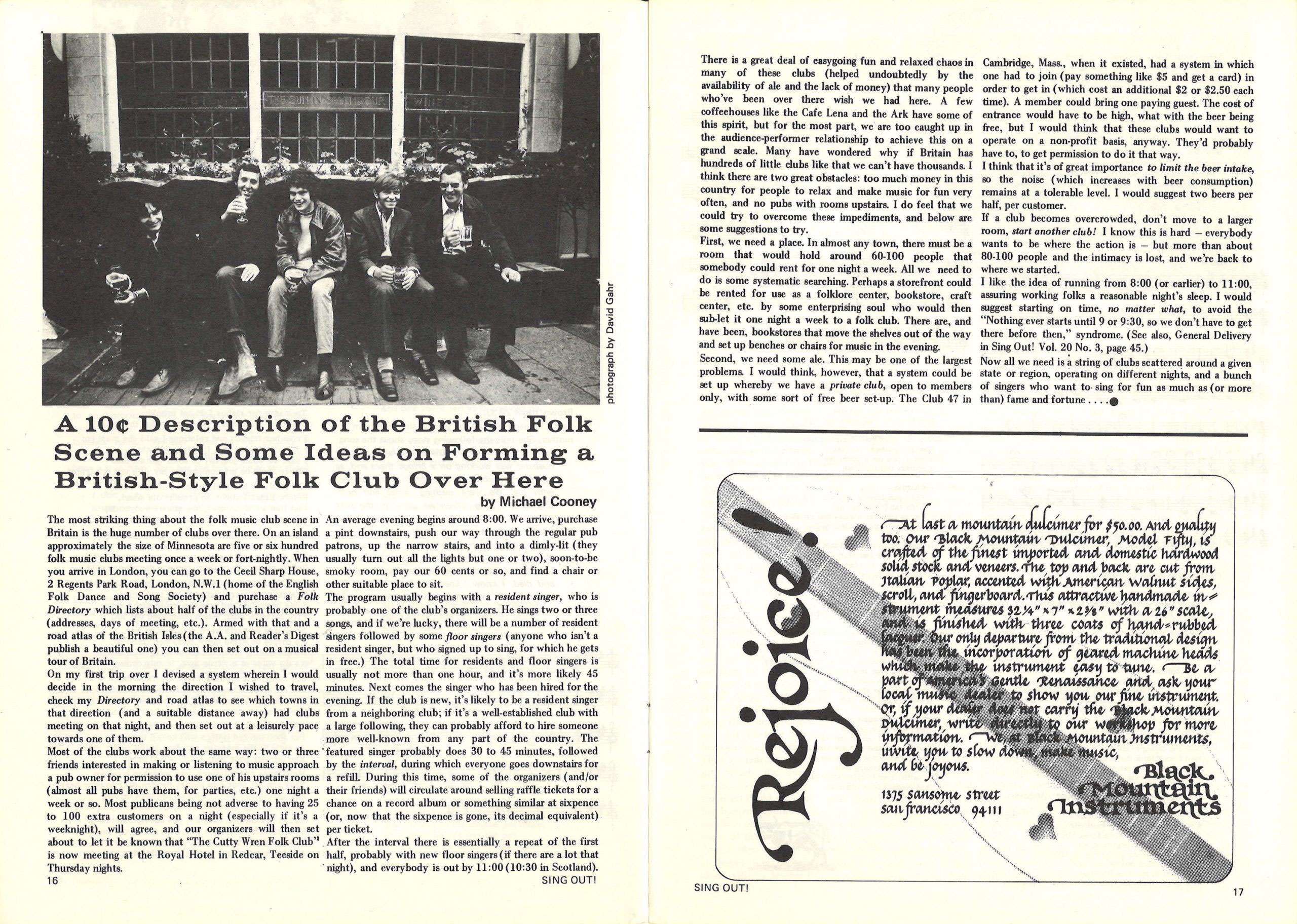 Michael Cooney, “A 10-Cent Description of the British Folk Scene and Some Ideas on Forming a British-Style Folk Club Over Here” 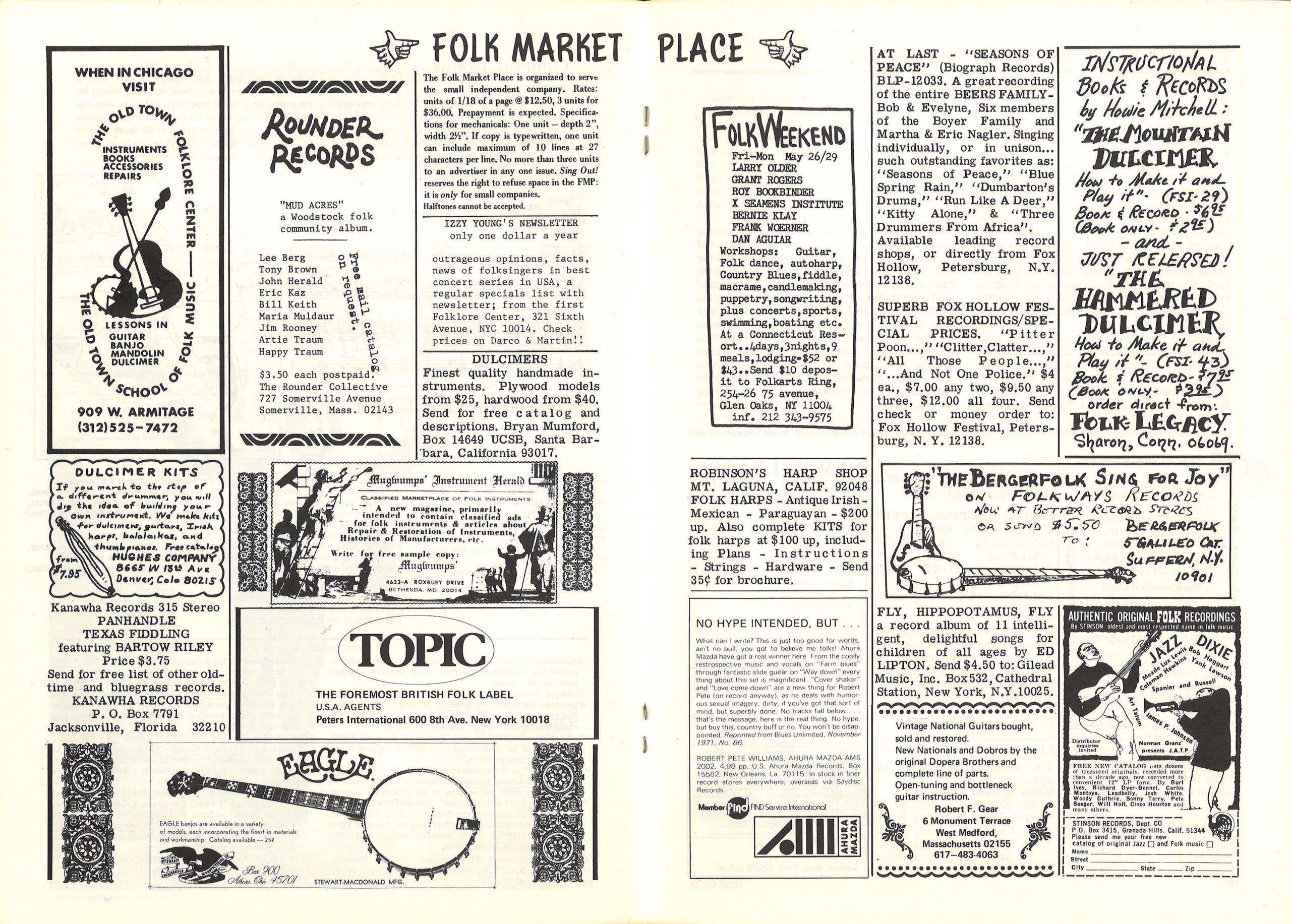 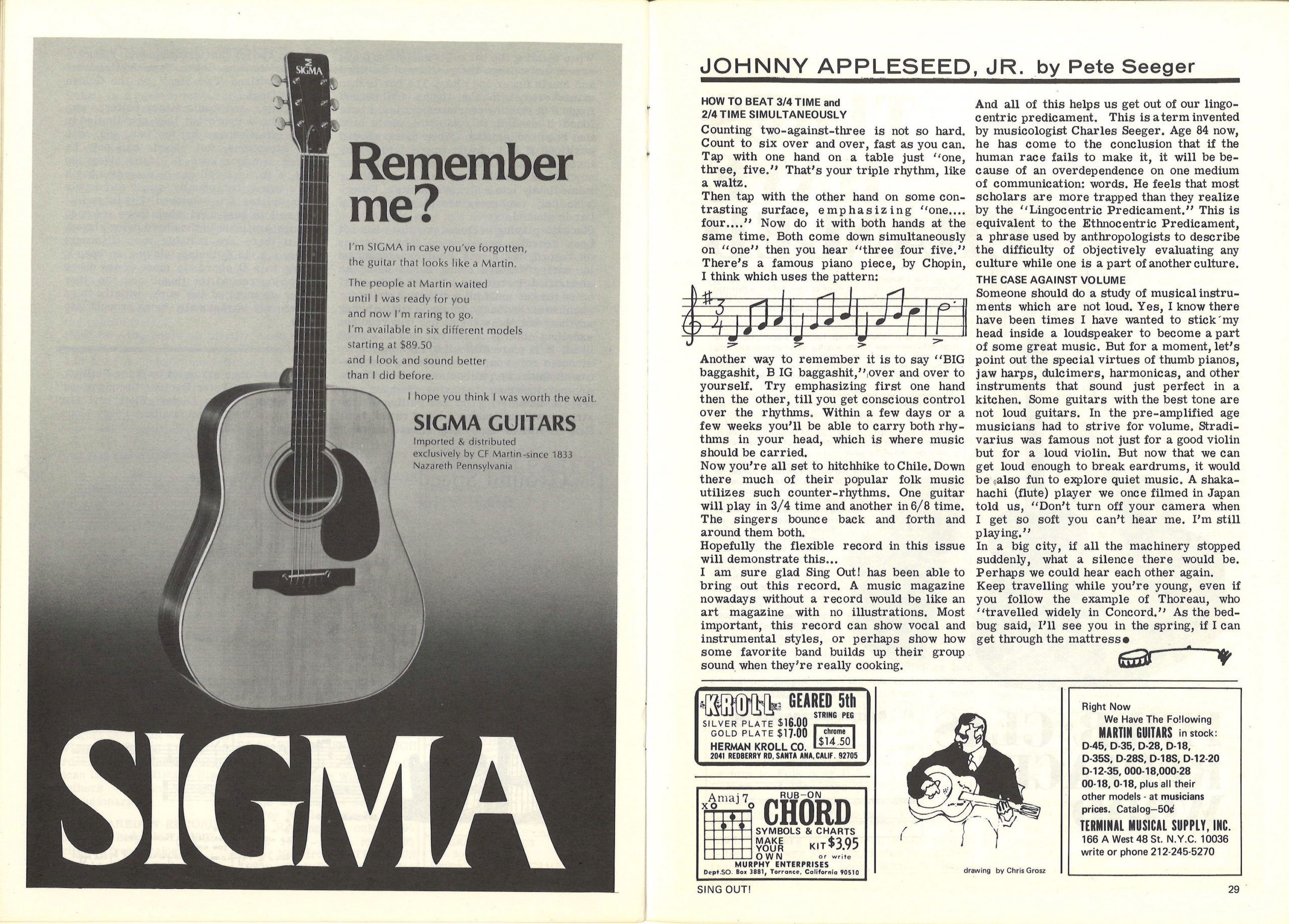 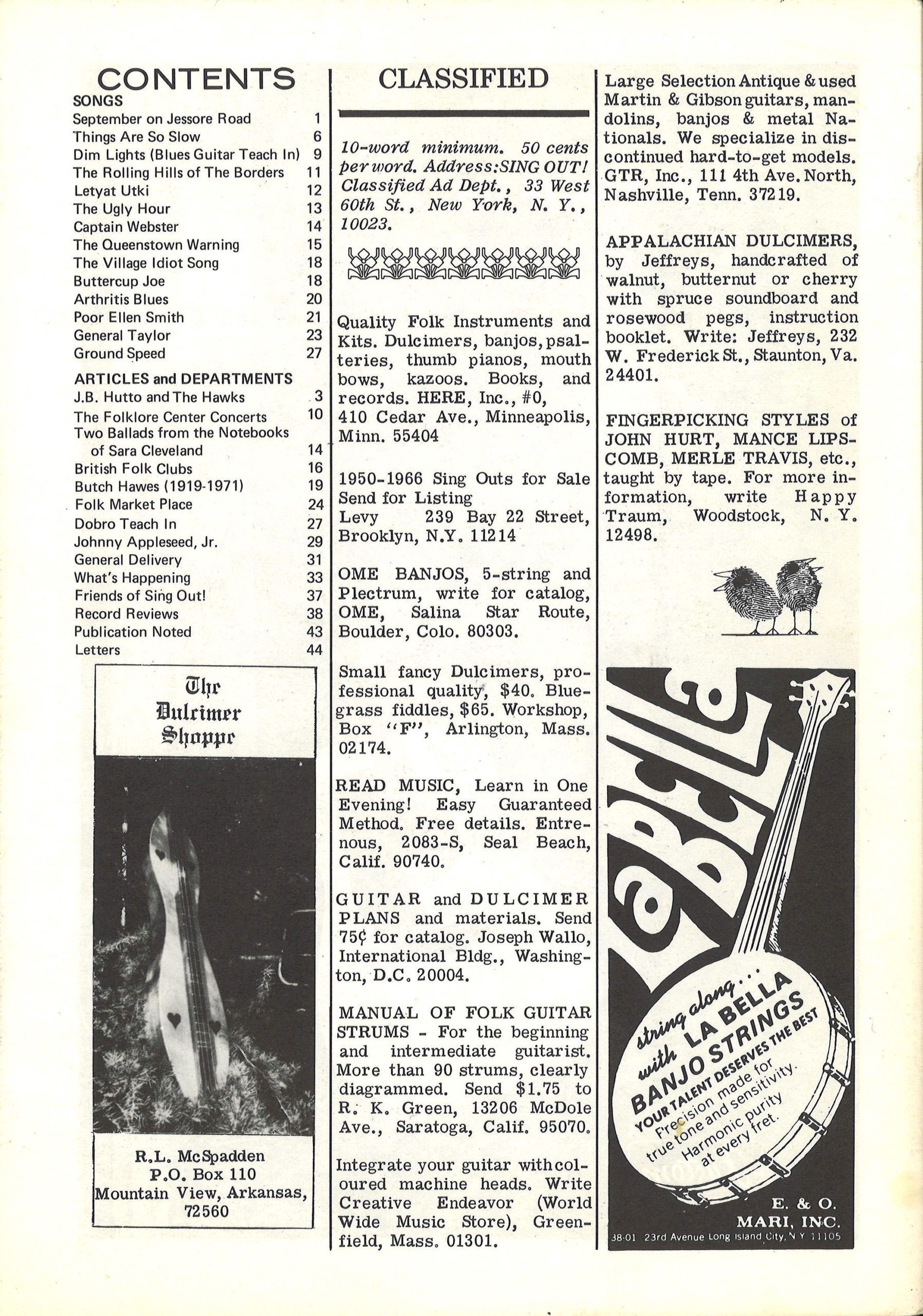 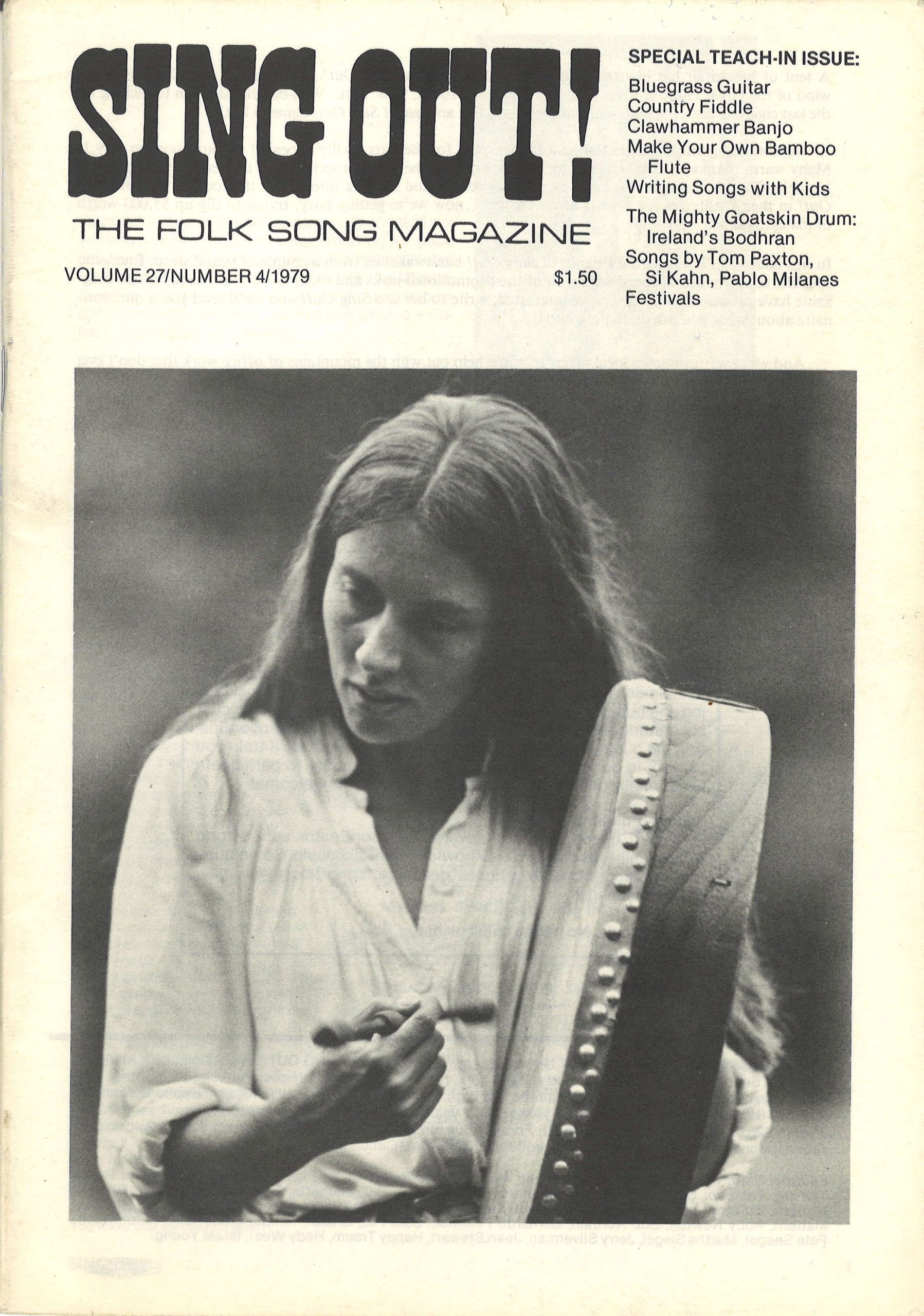 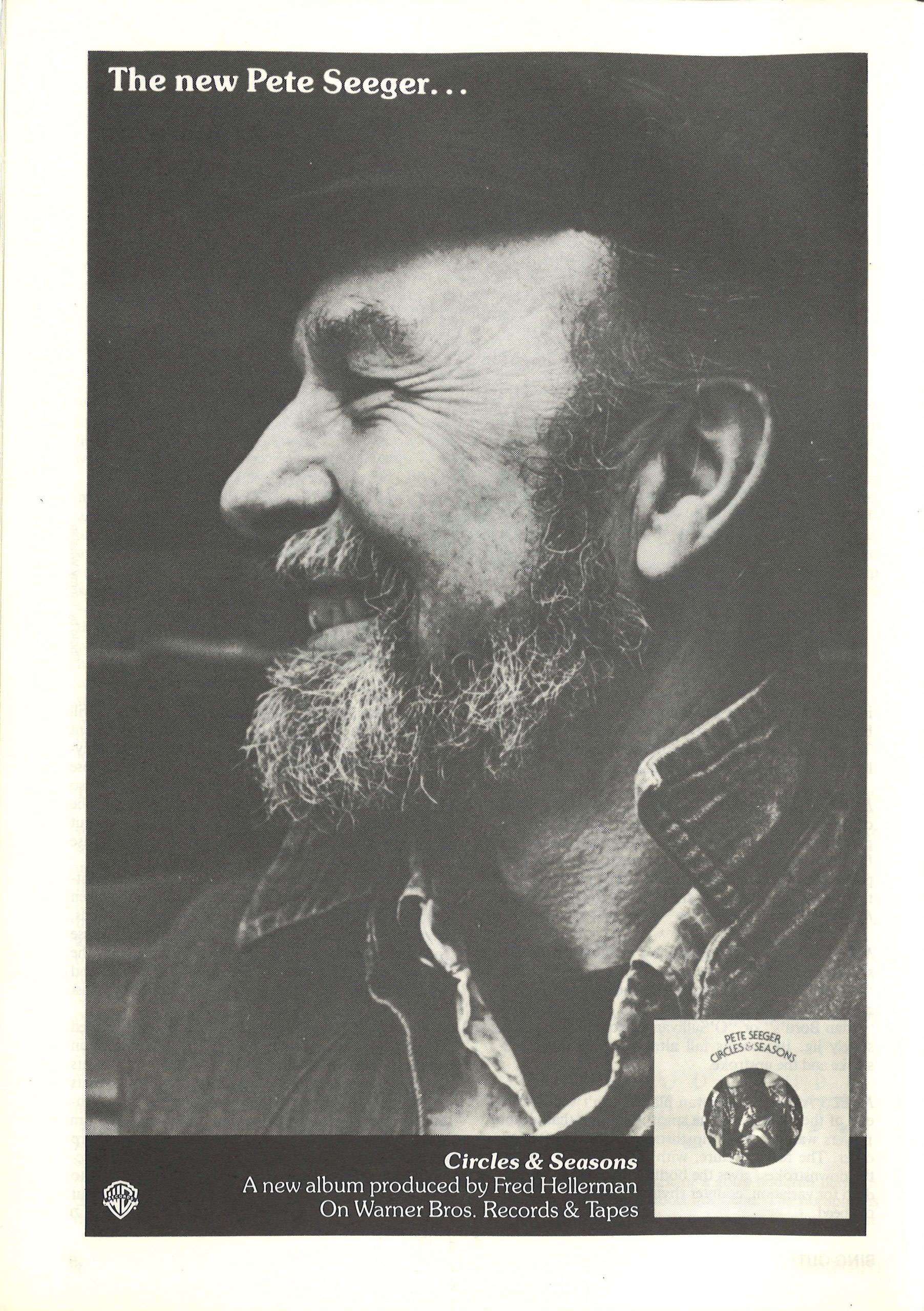 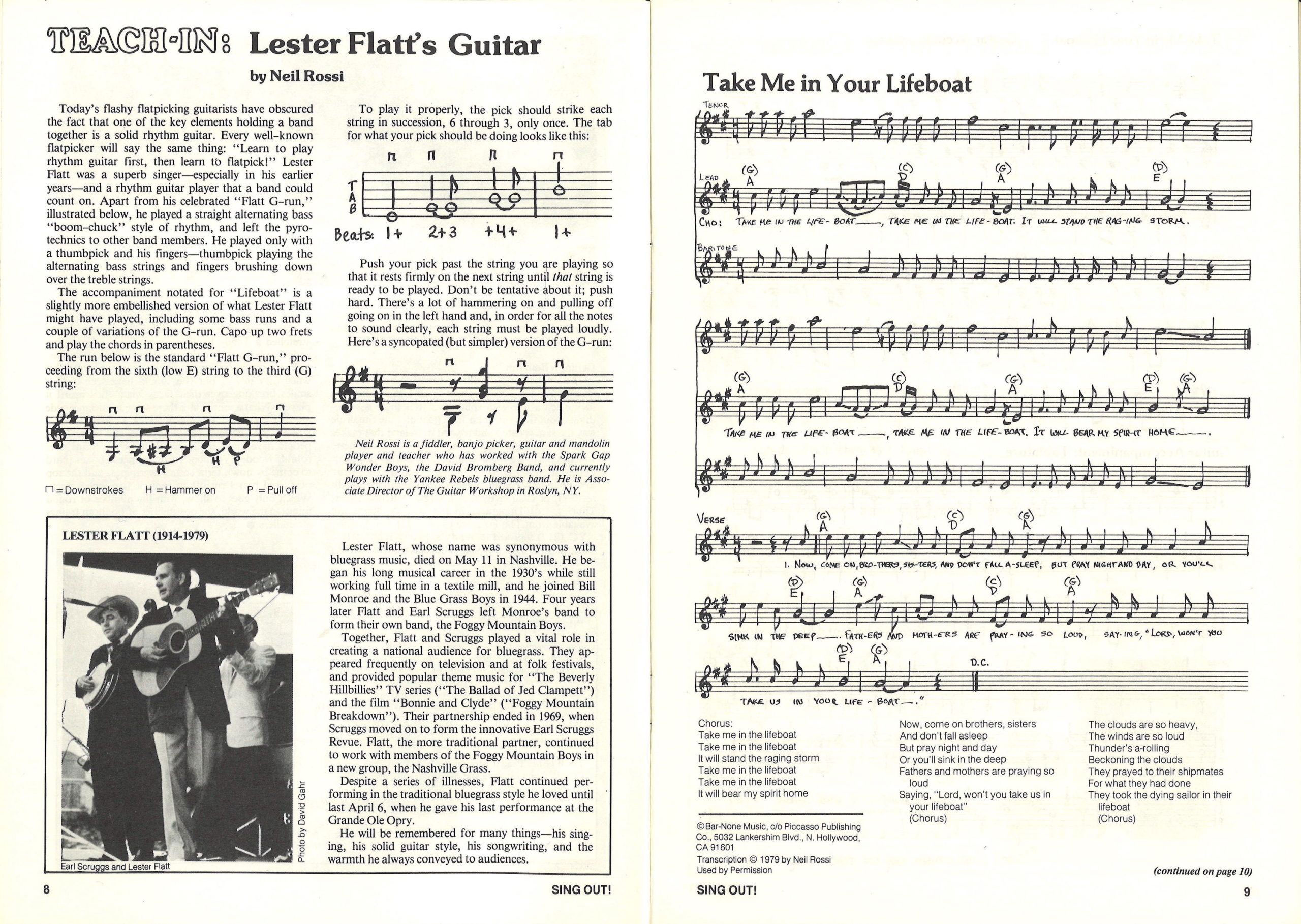 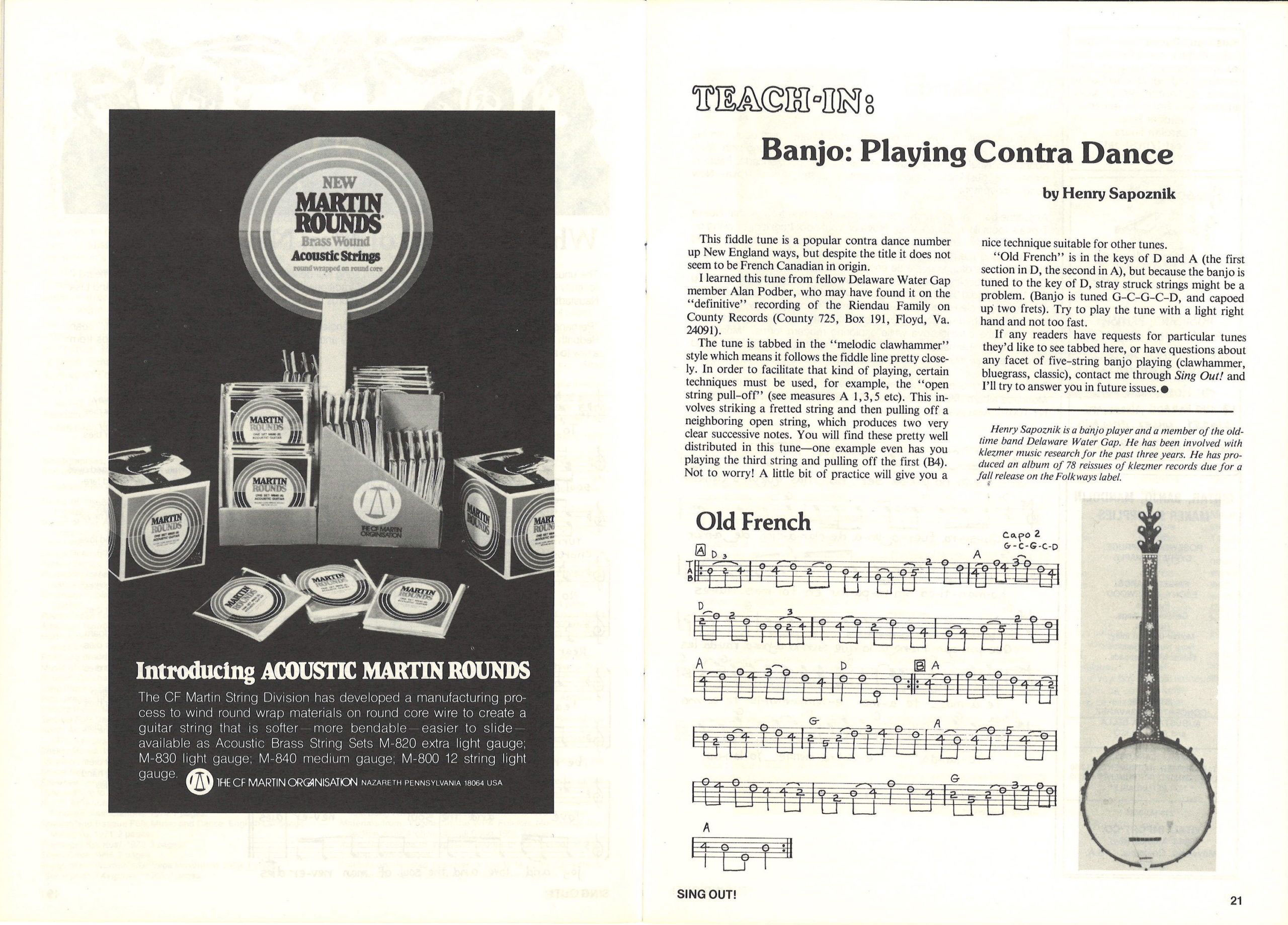 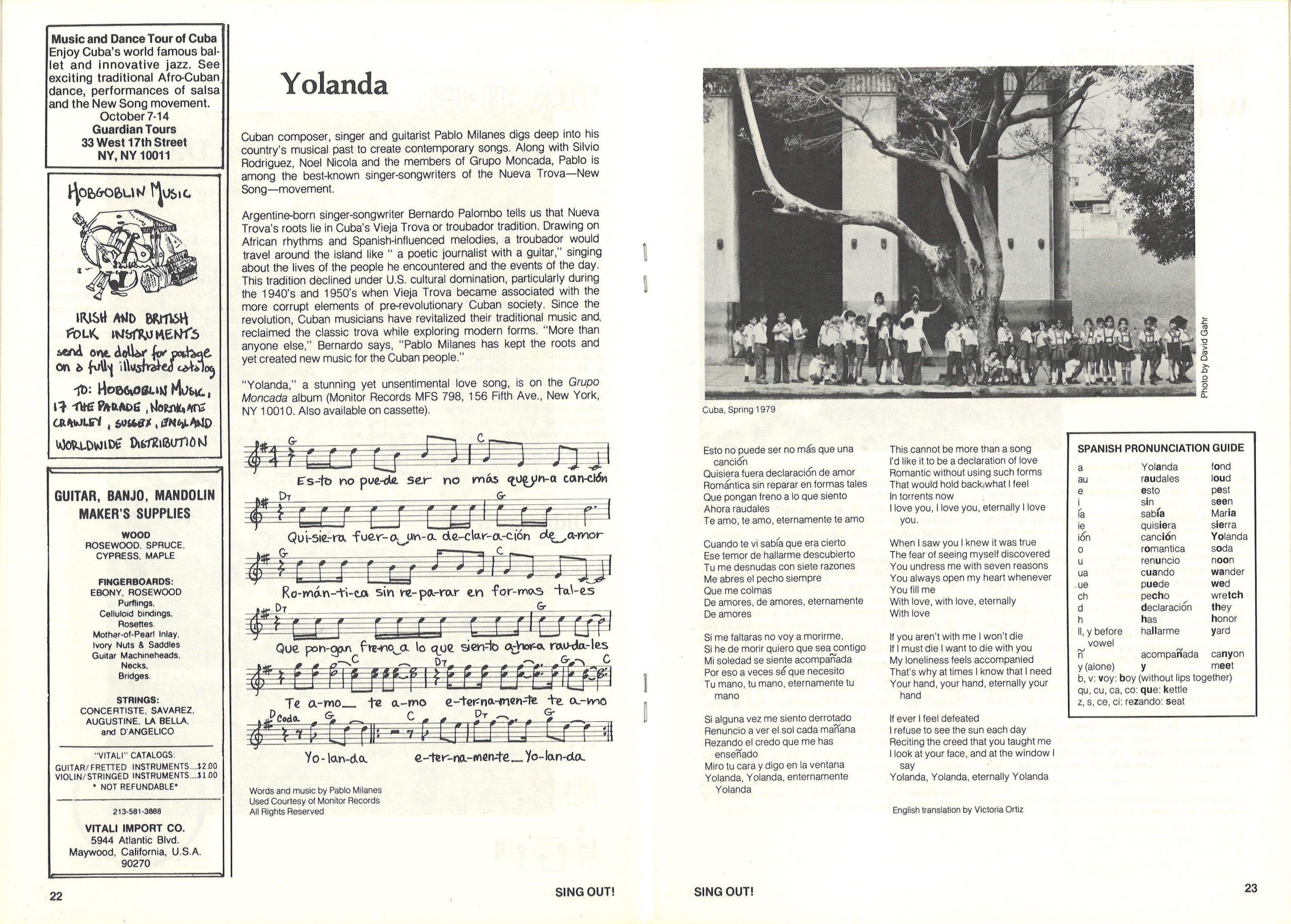 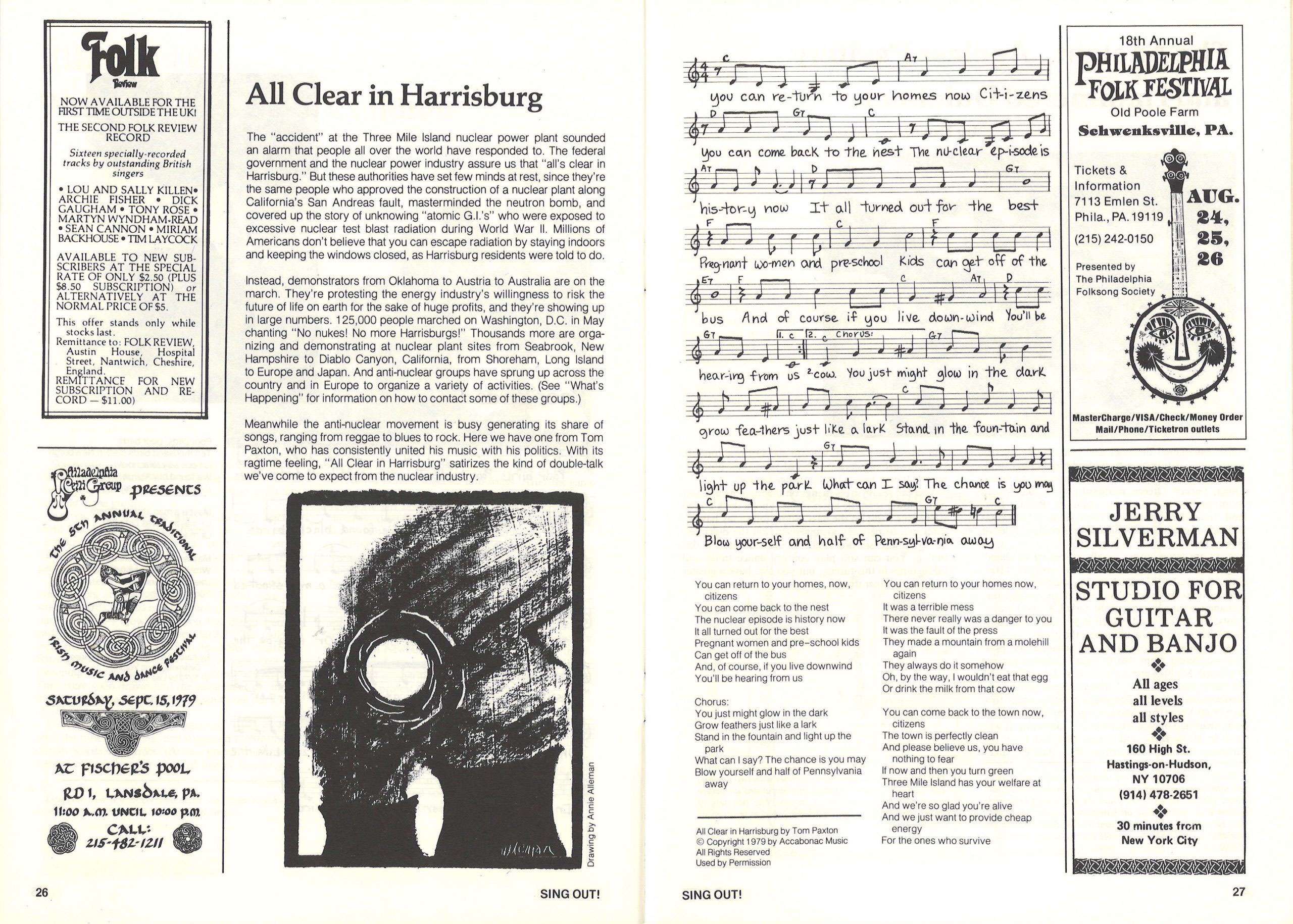 “All Clear in Harrisburg” by Tom Paxton 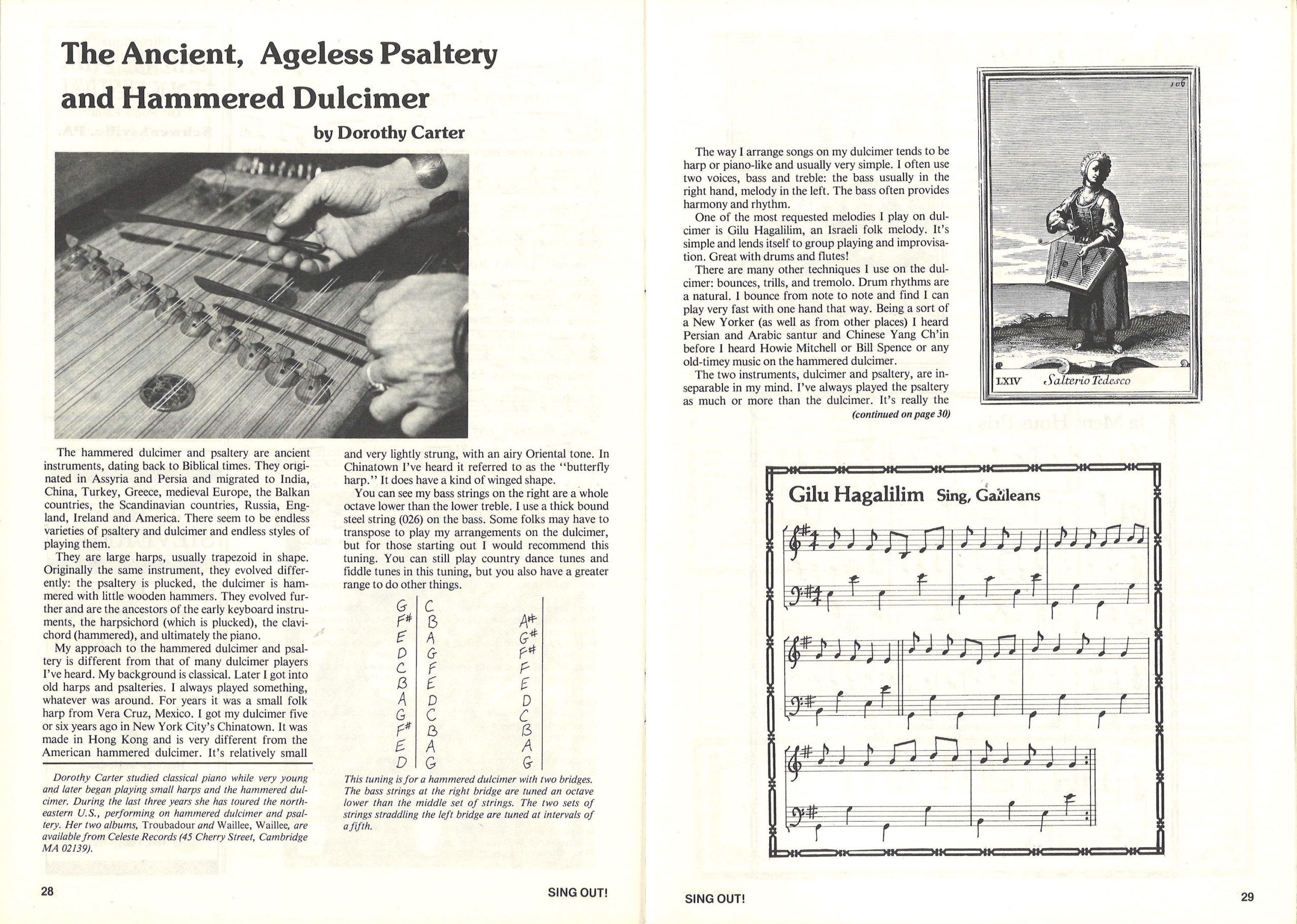 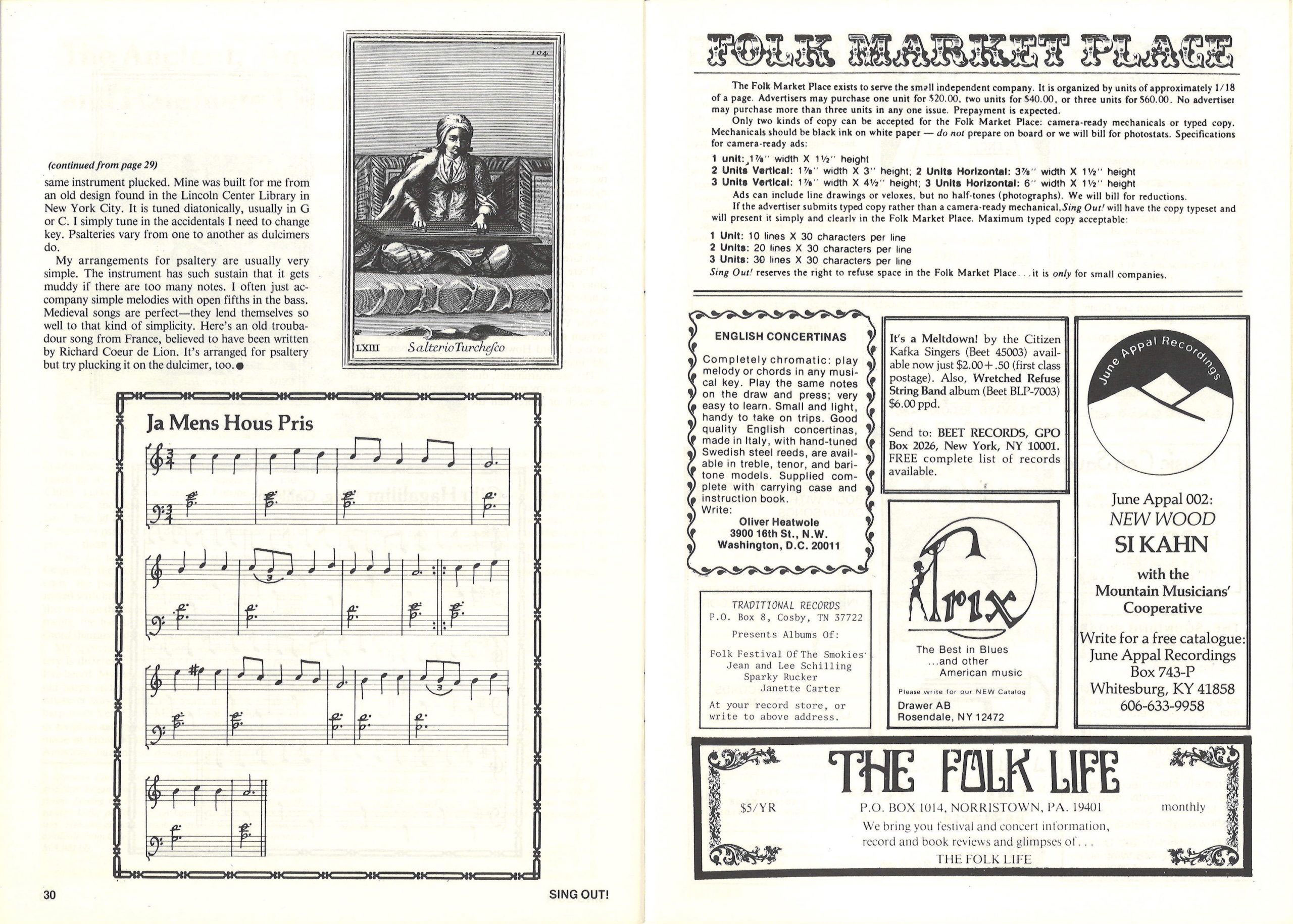 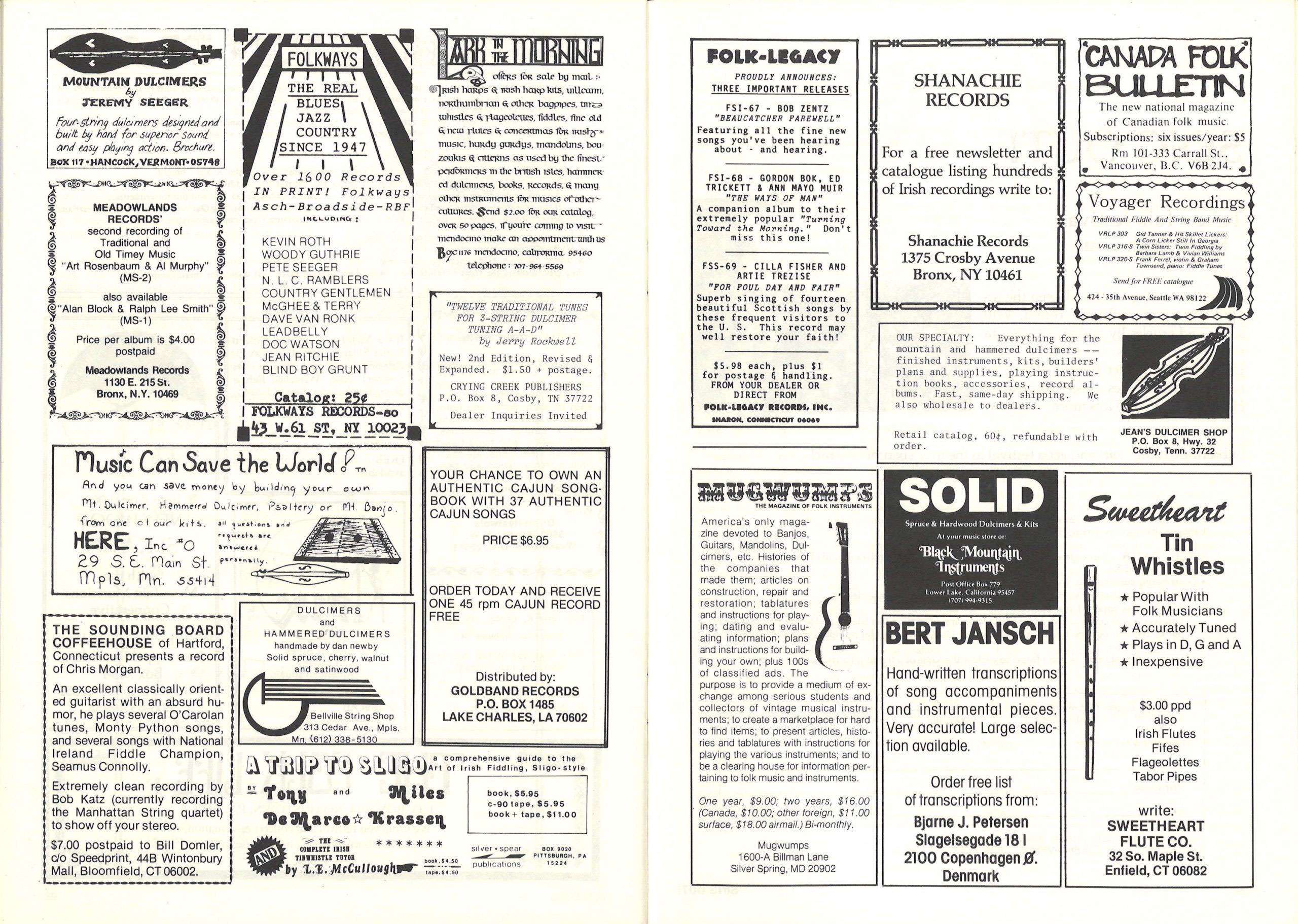 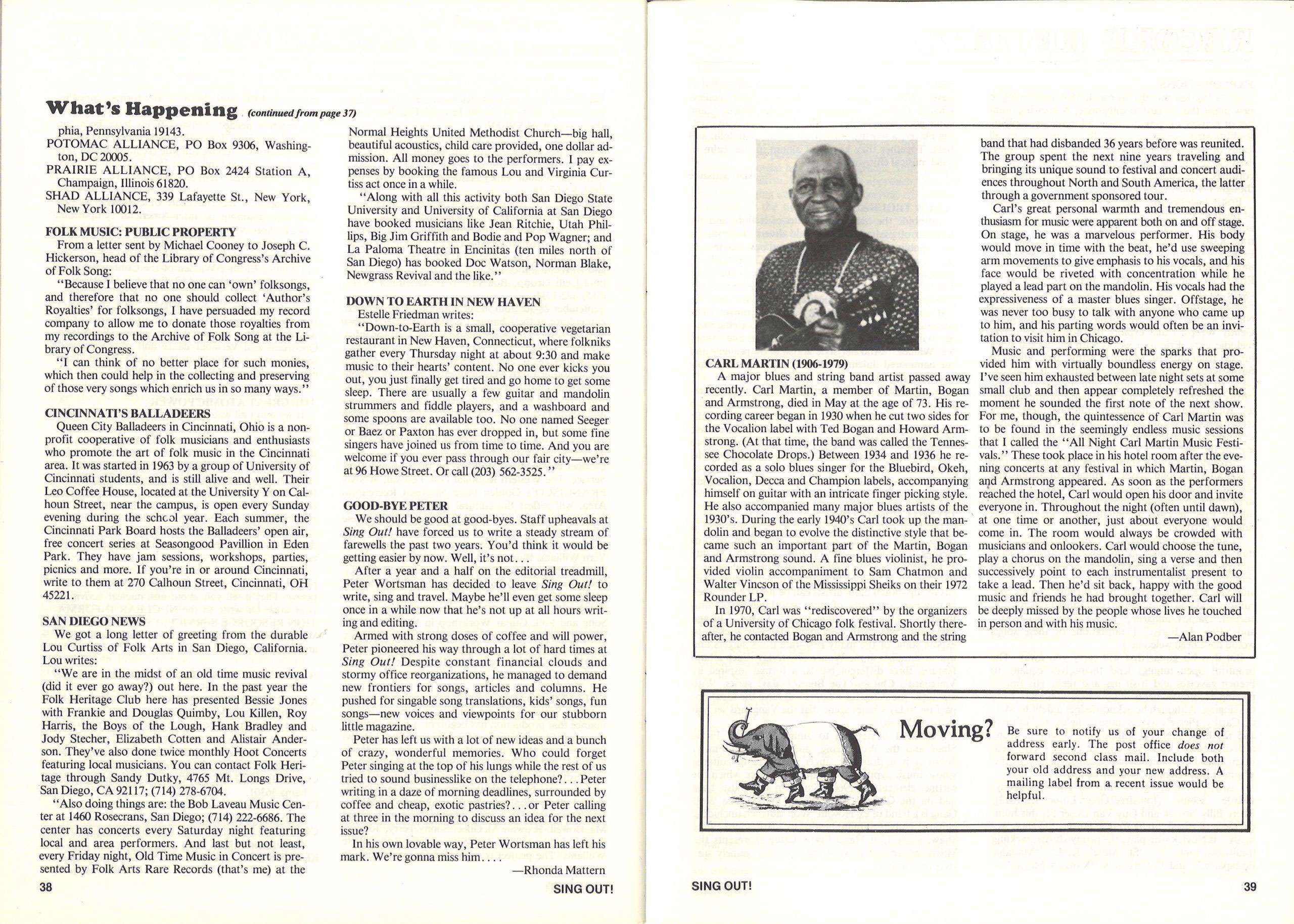 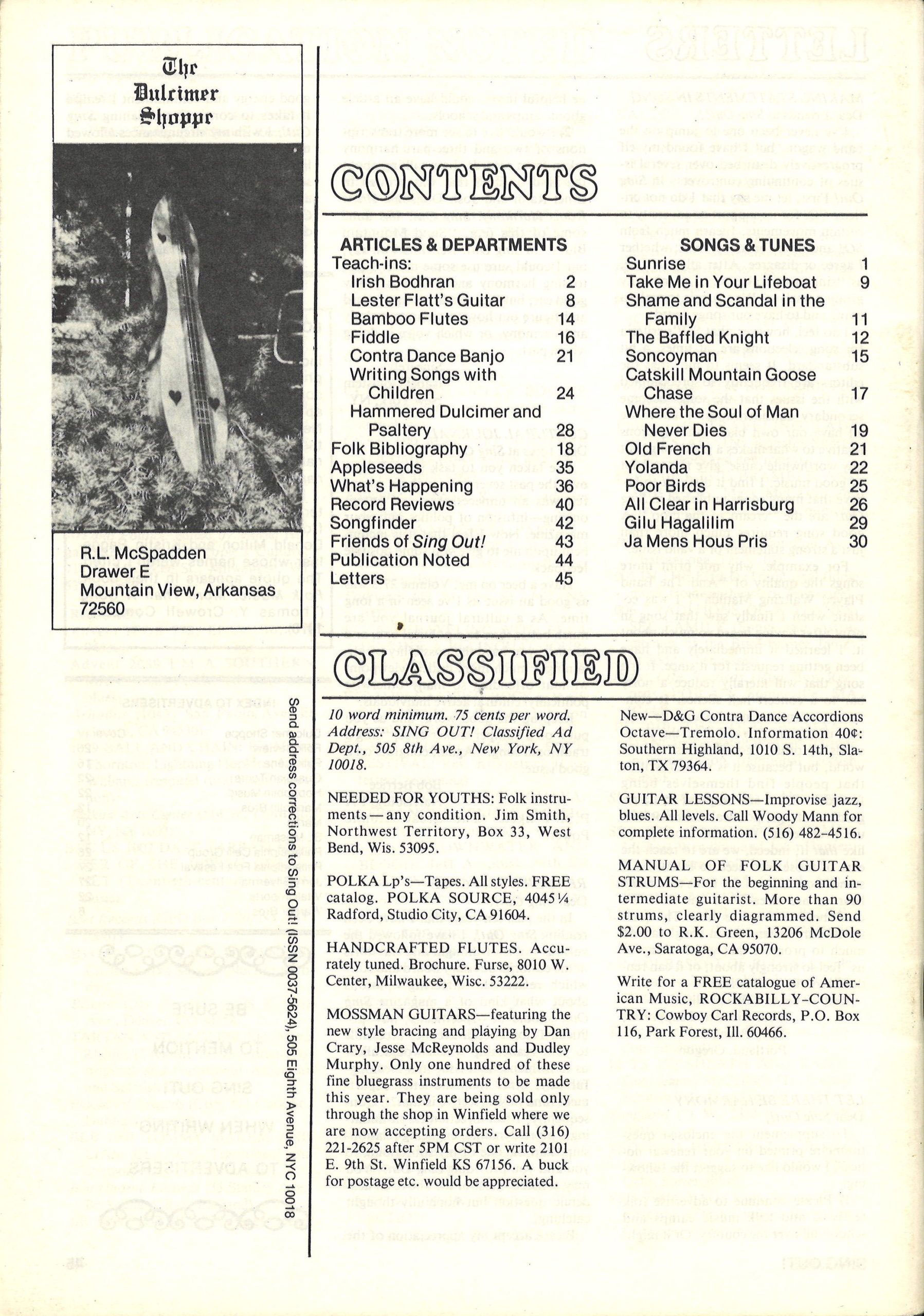 Jean Ritchie & The Beauty of Kentucky