The Retail Location Of Torn Light Will Be Closed for Break From Jan 1st To Jan 14th. During That Time Our Discogs And Website Will Remain Open And Shipping Orders. 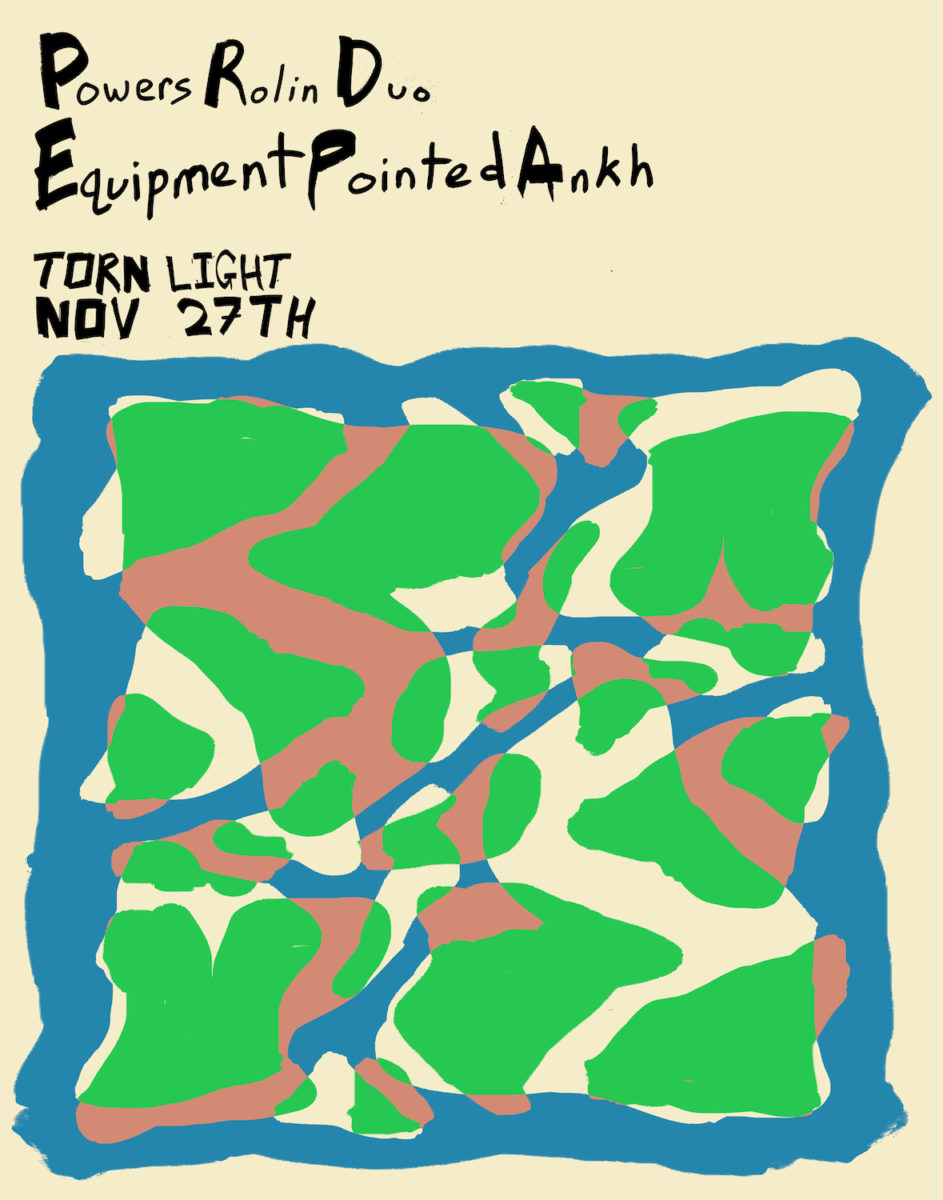 Tonight at 8pm, we are thrilled to have Powers / Rolin Duo and Equipment Pointed Ankh performing live at Torn Light Records! For this week’s blog entry, read more about both of these groups performing tonight. 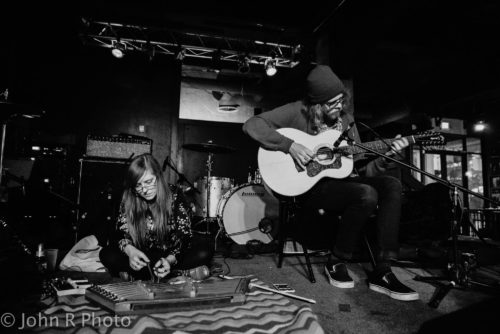 Based in Columbus, Jen Powers and Matthew Rolin began collaborating in 2018, Powers on hammered dulcimer and Rolin on twelve-string acoustic guitar. Self-described by Rolin as “weird and maximalist: ‘What is going on and how are only two instruments making this noise?,’” Powers / Rolin Duo creates dense, lush, and subtly changing sounds over the course of their mostly improvised tracks.

Powers and Rolin’s records are almost completely improvised, a technique which was not very familiar to either member before they began collaborating. In a recent interview with Columbus Alive, they each discussed their experiences with improvisation. Rolin, whose previous work was composed, found that improvising with Powers made him less anxious about making mistakes during performance because mistakes couldn’t exist. For Powers, free improvisation on an instrument she was unfamiliar with provided her with a somewhat rebellious pathway against her formal training. She said, “Part of it was just a rebellion against my previous musical background. I get to approach this totally differently. I don’t want to learn how anyone else plays this instrument. I don’t want to know the repertoire that they go to. I don’t want to know any sort of technique. I just want to do what I want to do. And it’s been wonderful. I’ve never looked back.”

Since touring in 2018 and 2019, Powers / Rolin Duo has released two LPs, their self-titled record in 2020 on Feeding Tube Records and Strange Fortune put out earlier this year. Strange Fortune was released on Astral Editions, a sister label to the improv, experimental, and jazz label Astral Spirits. While the duo’s music sometimes is created purely through acoustic means, Strange Fortune in particular presents the group adding amplifiers and loop pedals. 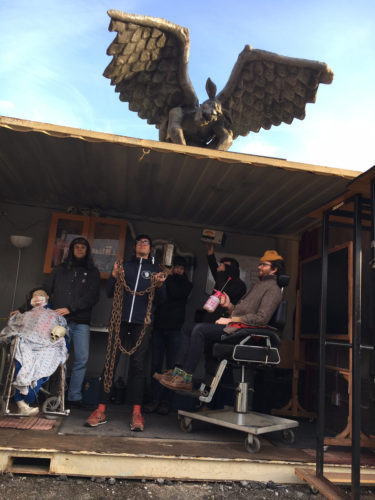 Equipment Pointed Ankh features the synthesis of many familiar parts of the Louisville music scene. You may have already been aware of Jim Marlowe, Ryan Davis, and Dan Davis’s Tropical Trash, Chris Bush’s Flanger Magazine or Flower Man, Shutaro Noguchi’s solo LP on Feeding Tube, and Ryan Davis’s music festival / gathering Cropped Out and his label Sophomore Lounge. These figures collaborate to create the fantastic weirdness that is Equipment Pointed Ankh.

Over the past five years, Equipment Pointed Ankh has put out many records, including Live from 2019, available at the shop. Their most recent record, Without Human Permission, was recorded in 2020 over the course of a week without prior preparation, and released via Astral Editions / Sophomore Lounge. Brad Rose at Foxy Digitalis described the album as a “kaleidoscopic acid carnival,” which aptly captures the playfulness and eccentricity of the group’s varied textures of electronics, guitars, percussion, and more.

If you haven’t bought a ticket for tonight’s show yet and are interested in what you’ve read here, very limited quantities are still available for purchase online and at the store counter! See you tonight!