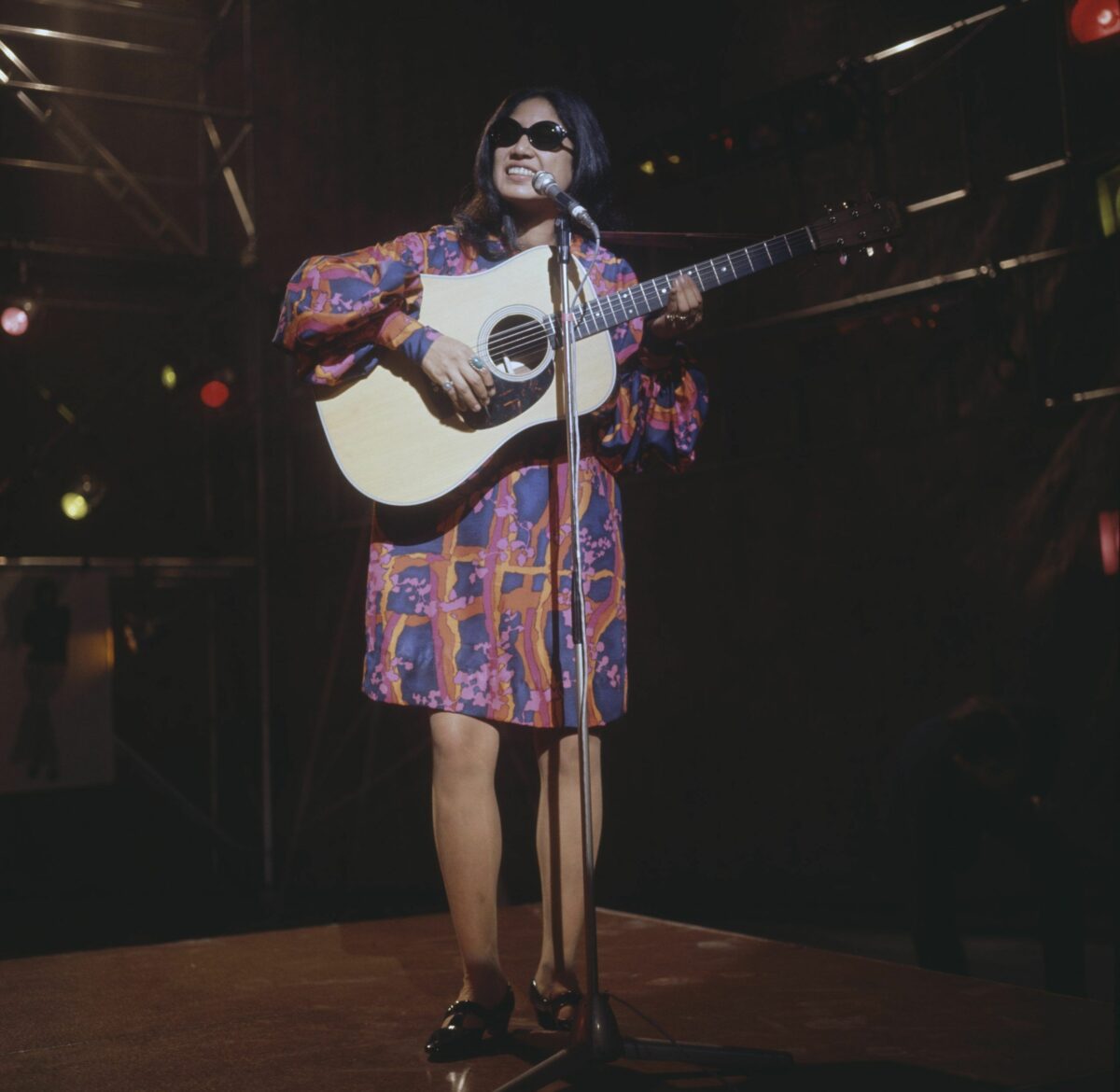 “Laughing Too Much”: The Whimsical, Heartfelt Folk of Norma Tanega

“I never wanted to be a serious artist because I like to laugh too much.”

Known for her off-kilter 1966 song, “Walkin’ My Cat Named Dog,” folk singer-songwriter and experimental percussionist Norma Tanega brought a whimsy to her songs, which blended folk, blues, and baroque pop, that set her apart from her peers. Although her solo career didn’t take off in the sixties and seventies, the songs she contributed to her then-partner Dusty Springfield are beloved pieces of the British pop singer’s catalog, and Tanega’s own solo work is finally receiving appreciation in its own right. 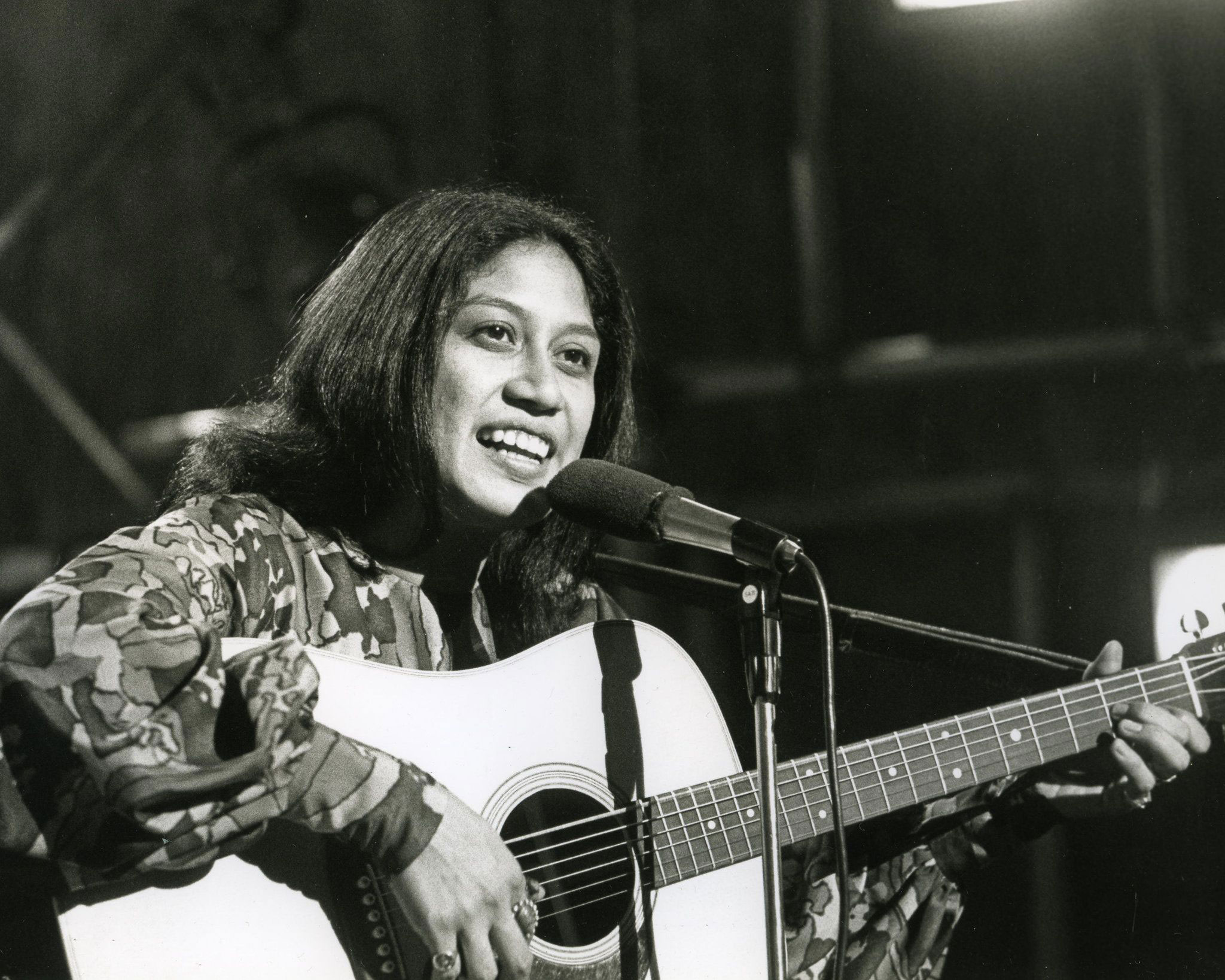 Tanega was born in 1939 in Vallejo, California and spent her childhood in Long Beach. Growing up she was deeply involved in the arts, learning to play piano and guitar, writing poetry, managing her school’s art gallery, and putting on art exhibitions at the local public library and Municipal Art Center. All of her skills culminated in a master’s degree in fine arts from the Claremont Graduate School, and in the mid-sixties she moved to Greenwich Village, New York to become a part of the vibrant folk scene.

Once in New York, Tanega had a hard time finding her footing in the folk music scene, her disillusionment apparent in her song, “You’re Dead,” which would eventually become the opening track of her first album. “Don’t sing if you want to live long / They have no use for your song / You’re dead, you’re dead, you’re dead / You’re dead and outta this world,” her husky voice intones over a slightly disjunct accompaniment. Later on while on tour, she told the Detroit Free Press that she didn’t know how to categorize her music by genre, stating “The folkies don’t like me and the rock ‘n’ rollies don’t like me. I just want to sing for people. You might say it’s mass love.”

Even though she struggled to find her place amongst the “folkies,” her first moment in the spotlight was on its way. During a summer working at a camp in the Catskills, Tanega’s friend recommended her music to the producer Herb Bernstein, whose production credits at the time included Lesley Gore and Tina Turner. After hearing Tanega perform a couple songs, he was elated by the potential she held and introduced her to the songwriter Bob Crewe, who subsequently signed her to New Voice Records to release Walkin’ My Cat Named Dog in 1966.

Despite the serious way in which her debut record began with “You’re Dead”, Tanega’s music was infused with a sense of humor and brightness that was against the grain of her folk contemporaries’ somber recordings. Nothing could demonstrate that better than the title track, which also became her Billboard Hot 100 hit. Coming out of a still relatable situation to anyone who has ever lived in an apartment or roomed with someone allergic to dogs, Tanega recalled the inspiration for the song: “I had always wanted a dog, but because of my living situation, I could only have a cat. I named my cat Dog and wrote a song about my dilemma.”

The quirky, direct lyrics of “Walkin’ My Cat Named Dog,” along with its straightforward guitar, harmonica, and drums instrumentation, captured audiences, and calls to mind for me the idiosyncratic, cheeky lyrics of songwriters to come like John Prine and Daniel Johnston. In the years following the song’s release, artists such as Barry McGuire and Art Blakey recorded the track. Later on, Tanega developed a cult following with the help of covers performed by bands such as Yo La Tengo and They Might Be Giants.

The success of “Walkin’ My Cat Named Dog” sent Tanega on tours across the nation and brought her to England. While there she met the British pop icon Dusty Springfield, who she would come to write songs for and also become romantically involved with, living together in London for five years. Tanega co-wrote the song “The Colour Of Your Eyes” and Springfield recorded Tanega’s own “No Stranger Am I.”

During her time in London, Tanega released her second and final album, I Don’t Think It Will Hurt If You Smile in 1971. The album was a bit offbeat, continuing the odd sense of rhythm from her first album and calling upon baroque pop instrumentation, such as in “Elephants Angels and Roses.” However, other tracks were simply sweet, fingerstyle acoustic songs such as “What More In the World Could Anyone Be Living For (Version 1).” Unfortunately, UK audiences didn’t take to the record and the album couldn’t get significant distribution or radio play.

After her relationship with Springfield ended, Tanega returned to the States and took up a variety of jobs in the arts. She was an art professor at California State Polytechnic University, Pomona and taught music, art, and ESL at local public schools. Tanega never stopped playing music, although her focus shifted from folk towards experimental percussion. In the eighties, her passion for art and music merged when she became a member of the Brian Ransom Ceramic Art Ensemble, where she performed on earthenware instruments. Brian Ransom was inspired to start the ensemble after wishing to sculpt his own instruments with specific tunings while playing jazz. Tanega was intrigued by how the instruments sounded “like the earth” and joined the group, which performed in a variety of genres, from jazz to contemporary microtonal compositions. In the 1990s and 2000s, Tanega was a member of multiple experimental groups, such as hybridVigor, the Latin Lizards, and Baboonz.

Outside of Tanega’s cult following from covers of “Walkin’ My Cat Named Dog, her work also surged in interest after “You’re Dead” was used as the theme song for the 2015 mockumentary What We Do in the Shadows. Interest in her art continued as well, and the preservation center Claremont Heritage exhibited her artwork in 2019. Tanega passed away at eighty that same year, leaving behind an enthusiastic audience who finally came to understand the beauty in her creative work. 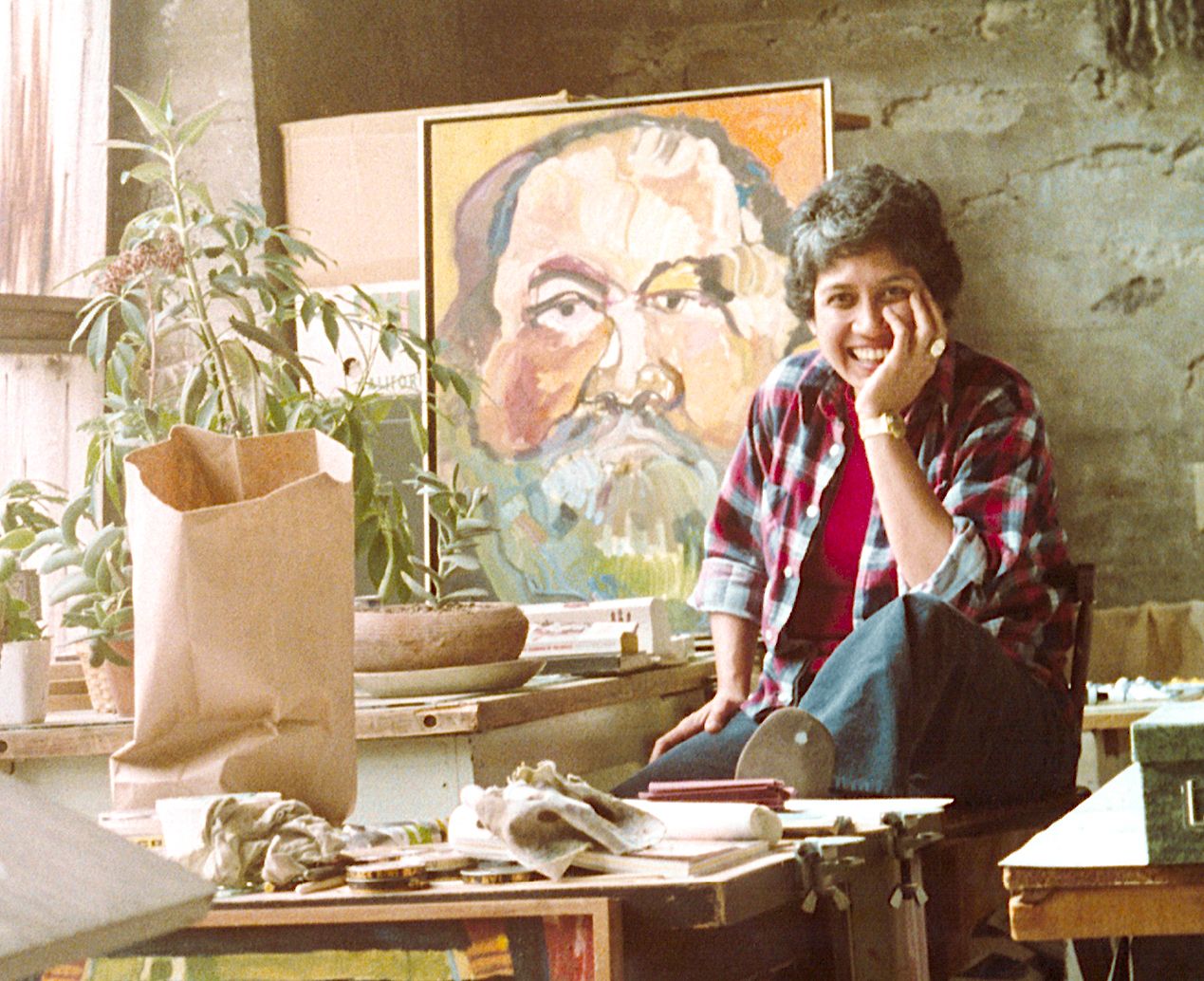 This year, her entire body of solo musical work was reissued as the compilation, I’m the Sky: Studio and Demo Recordings, 1964–1971, making available the full breadth of her music. We currently have I’m the Sky stocked, as well as Walkin’ My Cat Named Dog on LP.