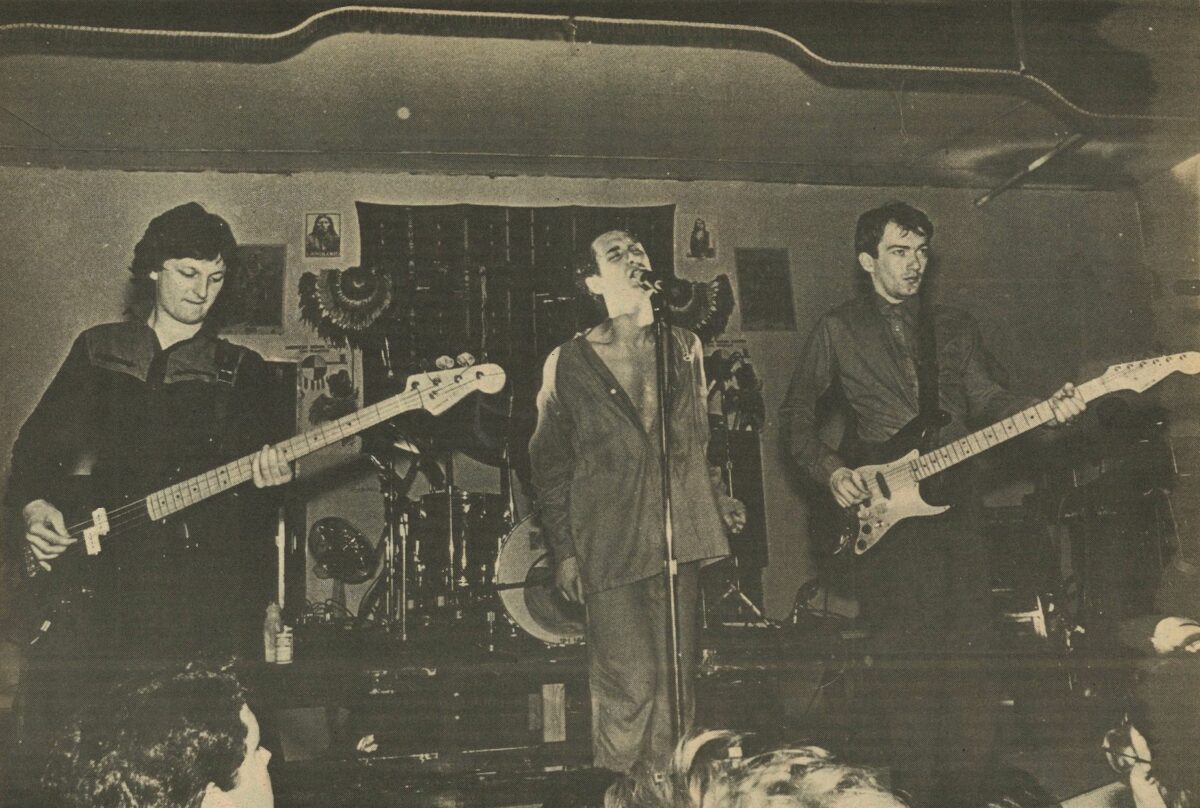 Torn Light Archives is back for a two-part series, taking a peek at two punk magazines that had a brief run in the late-1970s and 1980s, starting off this week with Damage. Damage was a San Francisco-based magazine that ran from July 1979 through June 1981, covering predominantly punk from the San Francisco and Los Angeles scenes. The magazine managed to capture the fun of punk while also shedding light on the sociopolitical issues punk brought to the fore.

The issue we have in our archives, No. 8 from 1980, features a cover story on Gang of Four, not long after the release of their post-punk essential, Entertainment!. Other fun selections include a review of Kubrick’s The Shining, record reviews of artists such as Brian Eno and Robert Fripp, and an early ad for Rough Trade Records.

Digitization of Damage’s entire run is available from zine collector Ryan Richardson on Circulation Zero, so check that out if this post gets you interested for more. For further reading about Damage, take a look at these articles from Dangerous Minds and Recto Verso.

After the scans below, browse our list of items available by artists included in this issue of Damage.

Come back to the blog next week for part two, where we’ll look at another punk magazine with an even briefer run, Take It!. 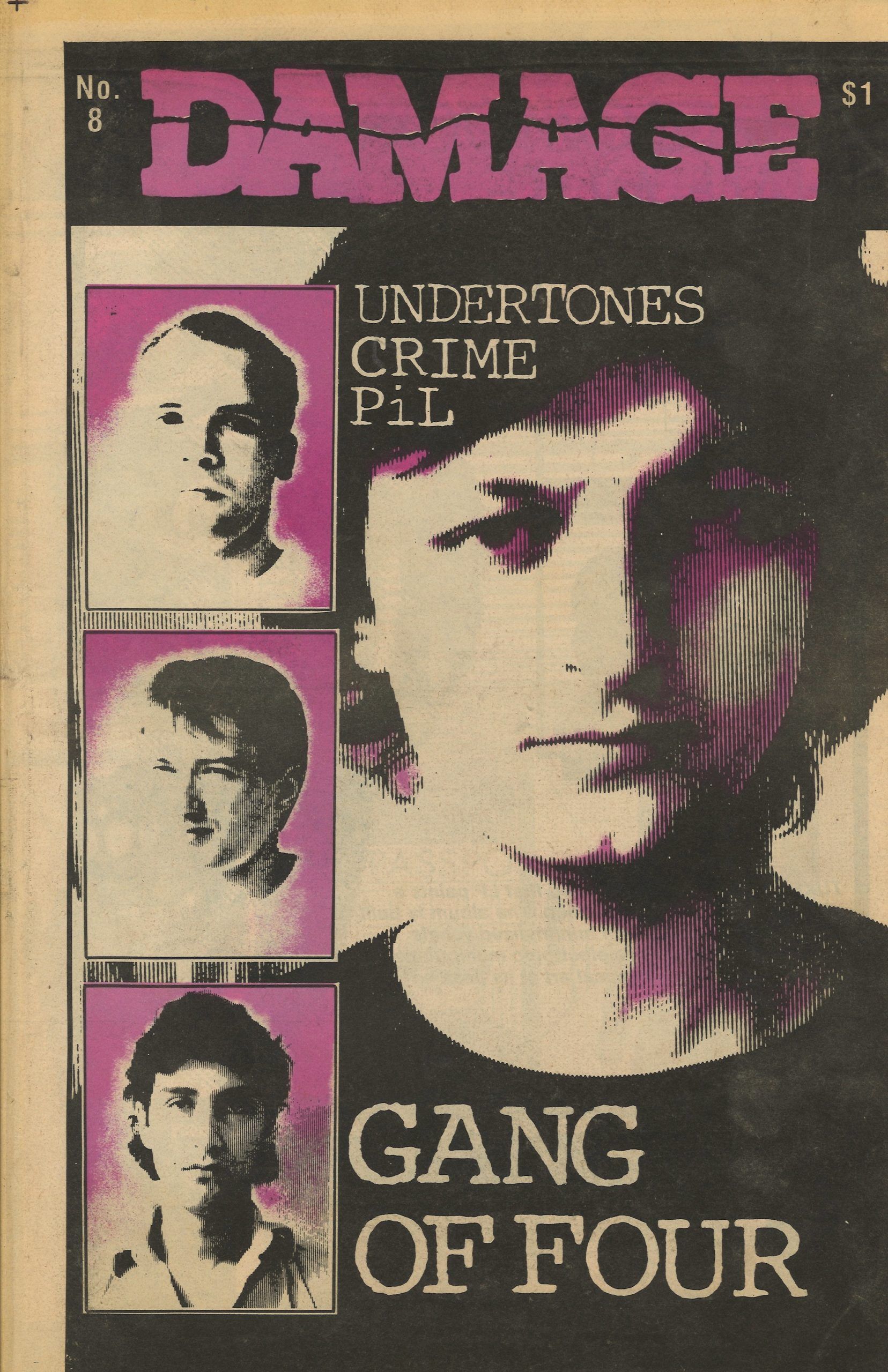 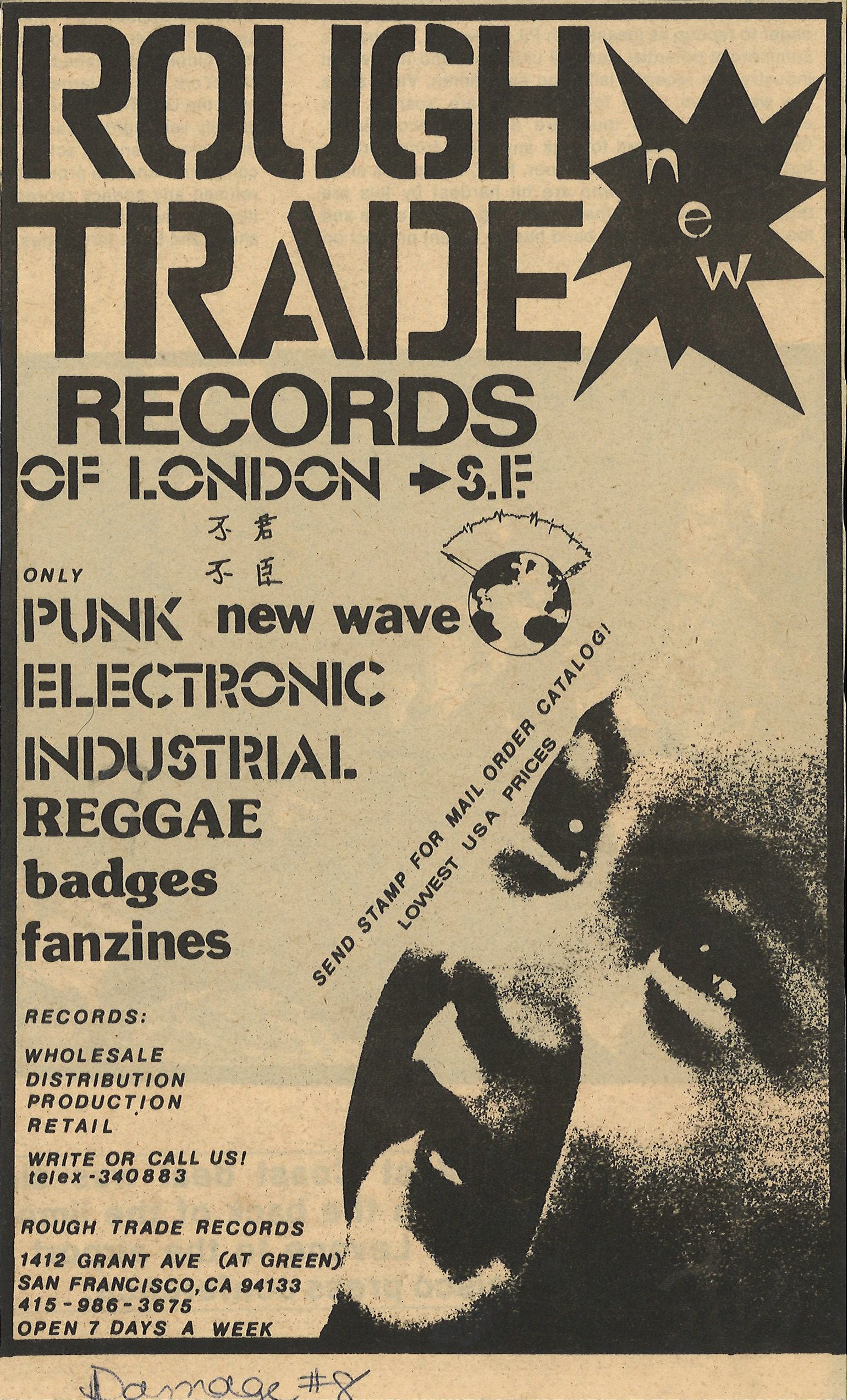 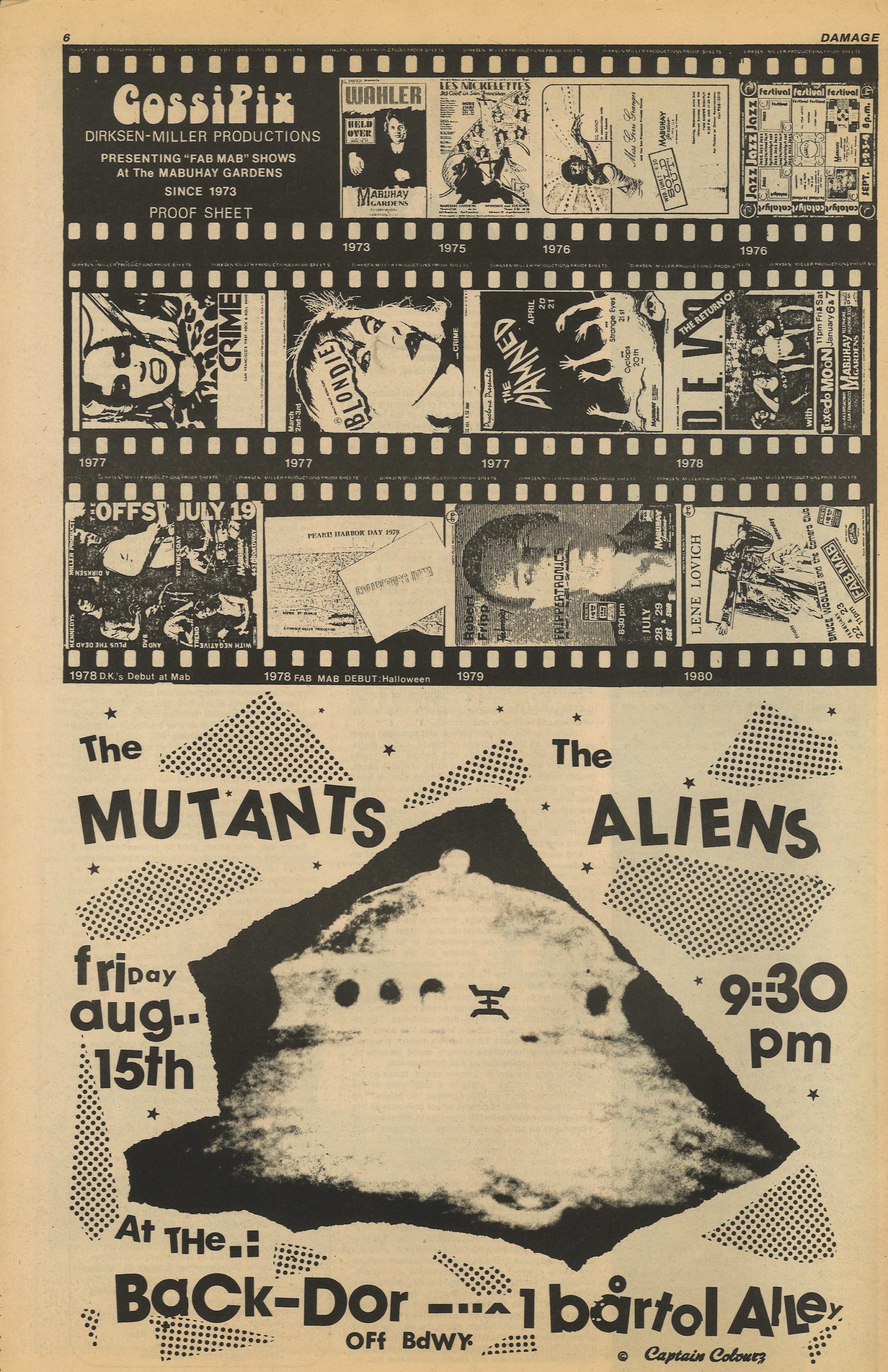 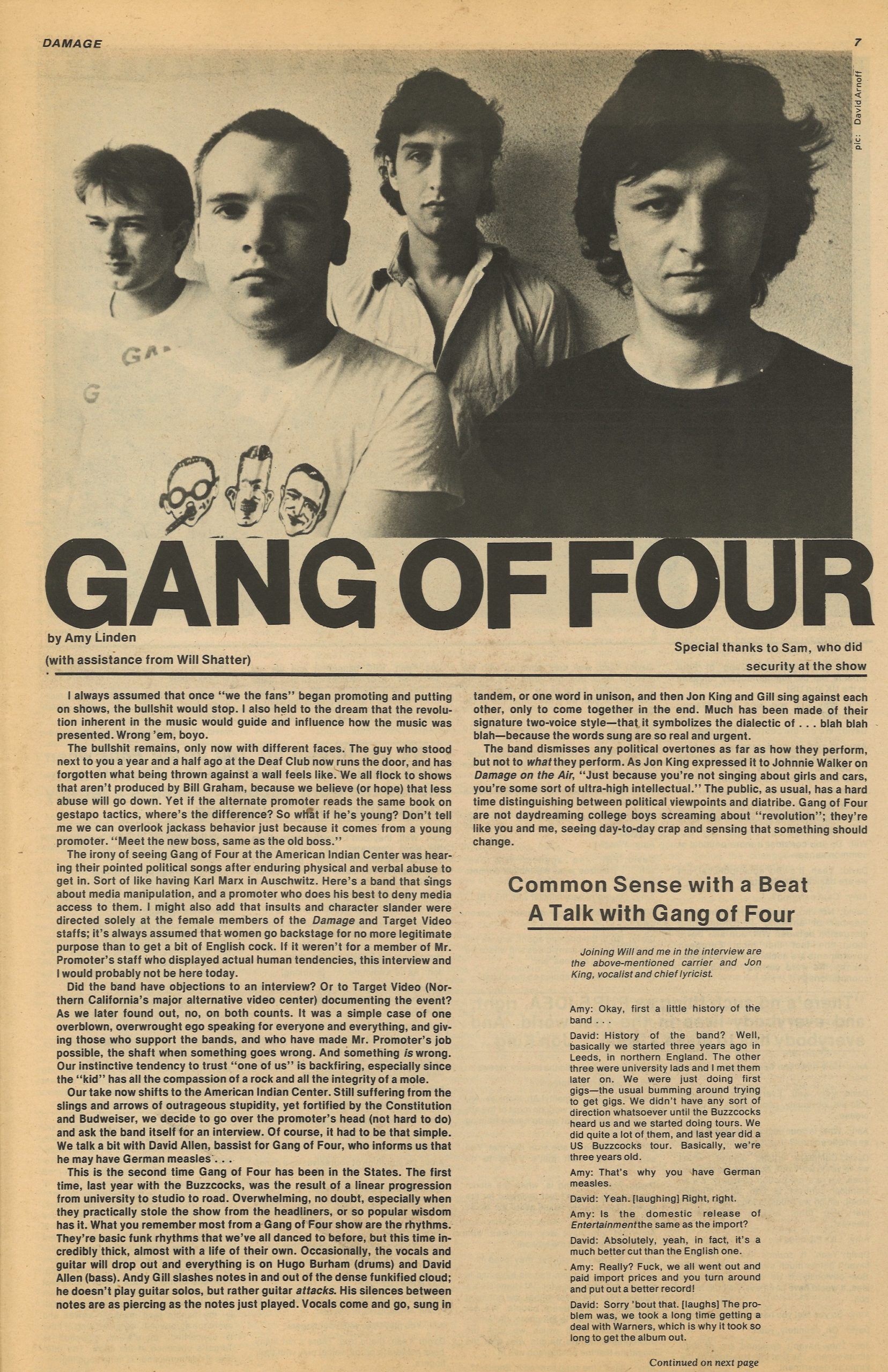 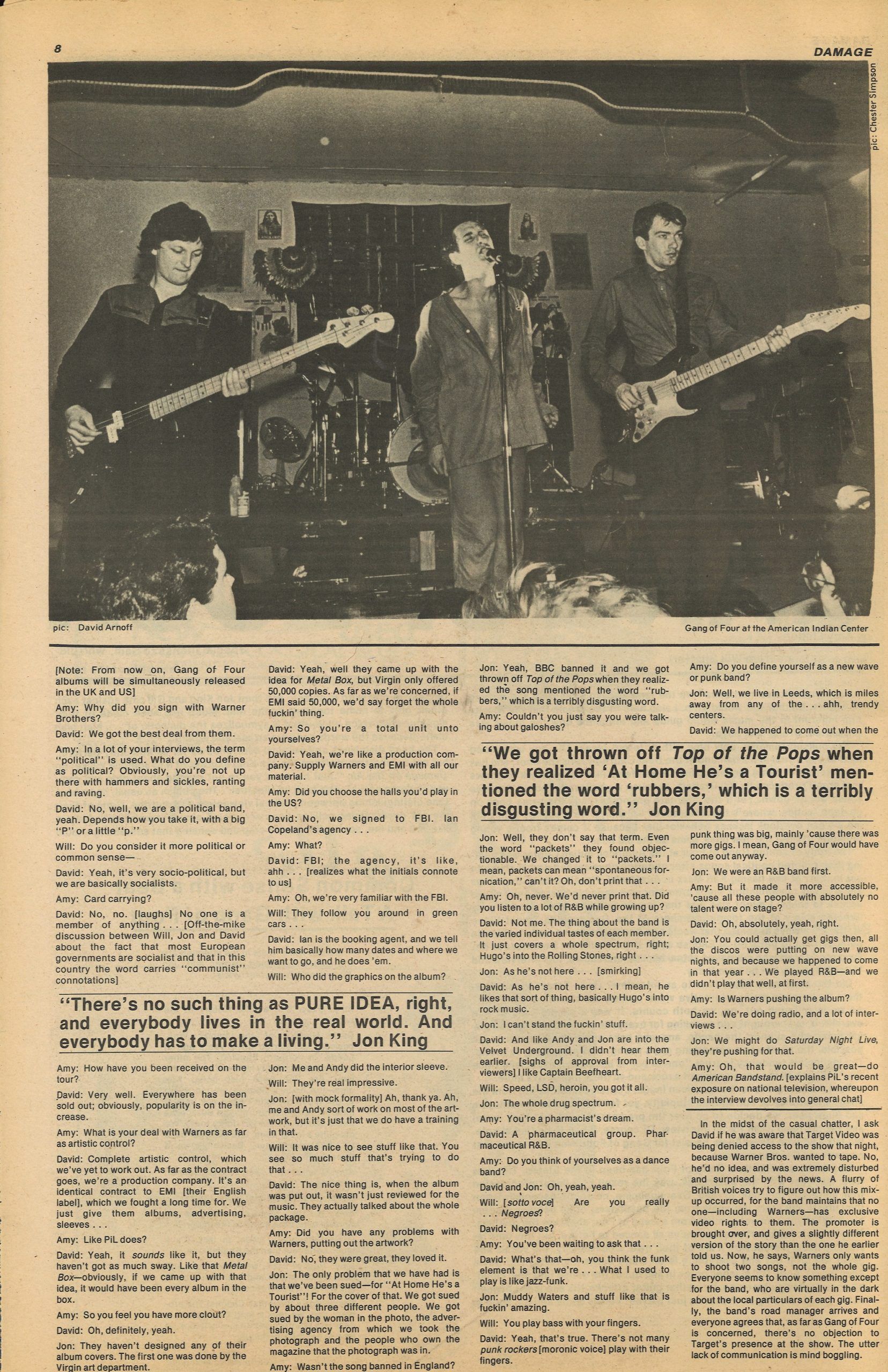 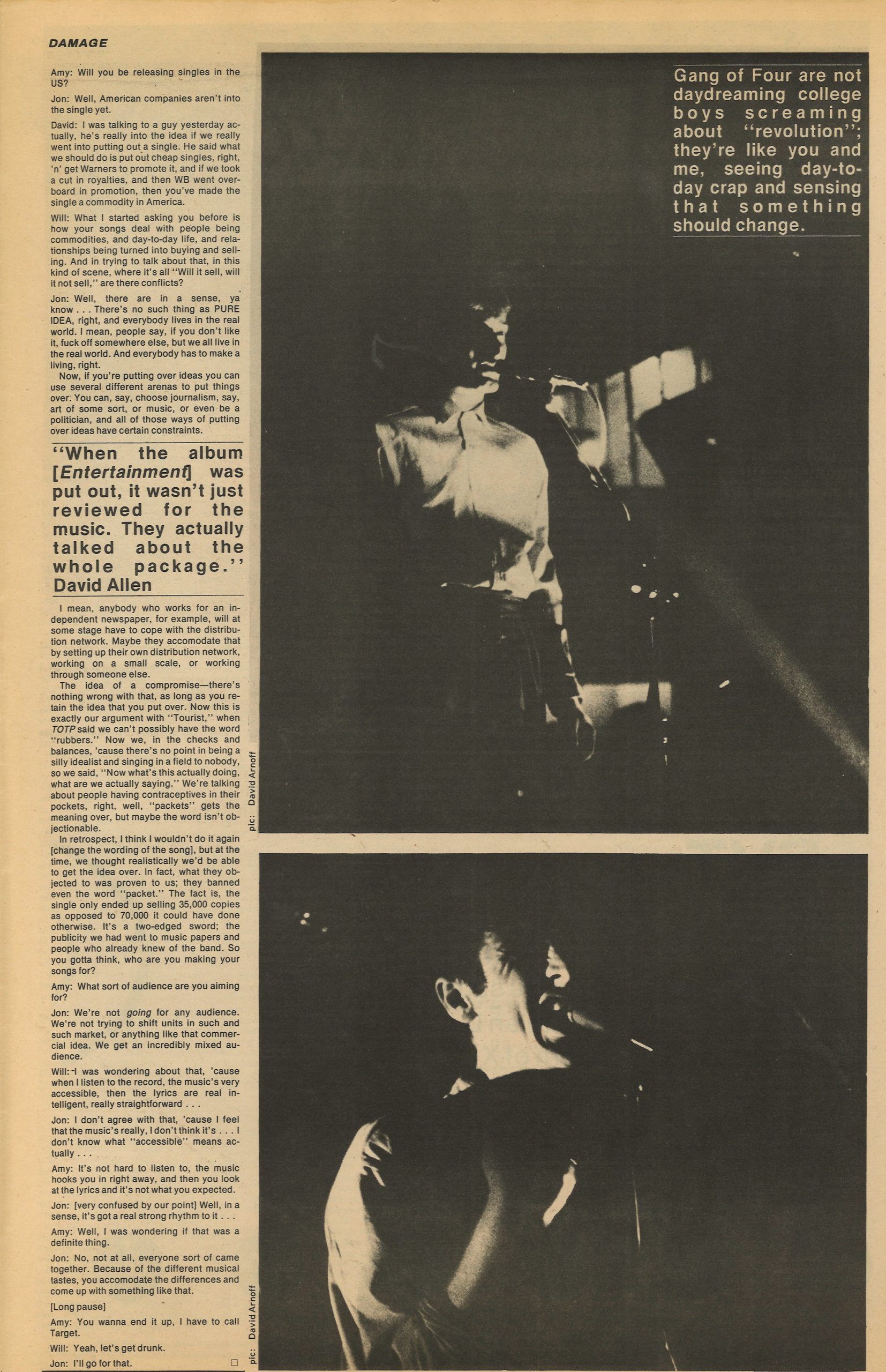 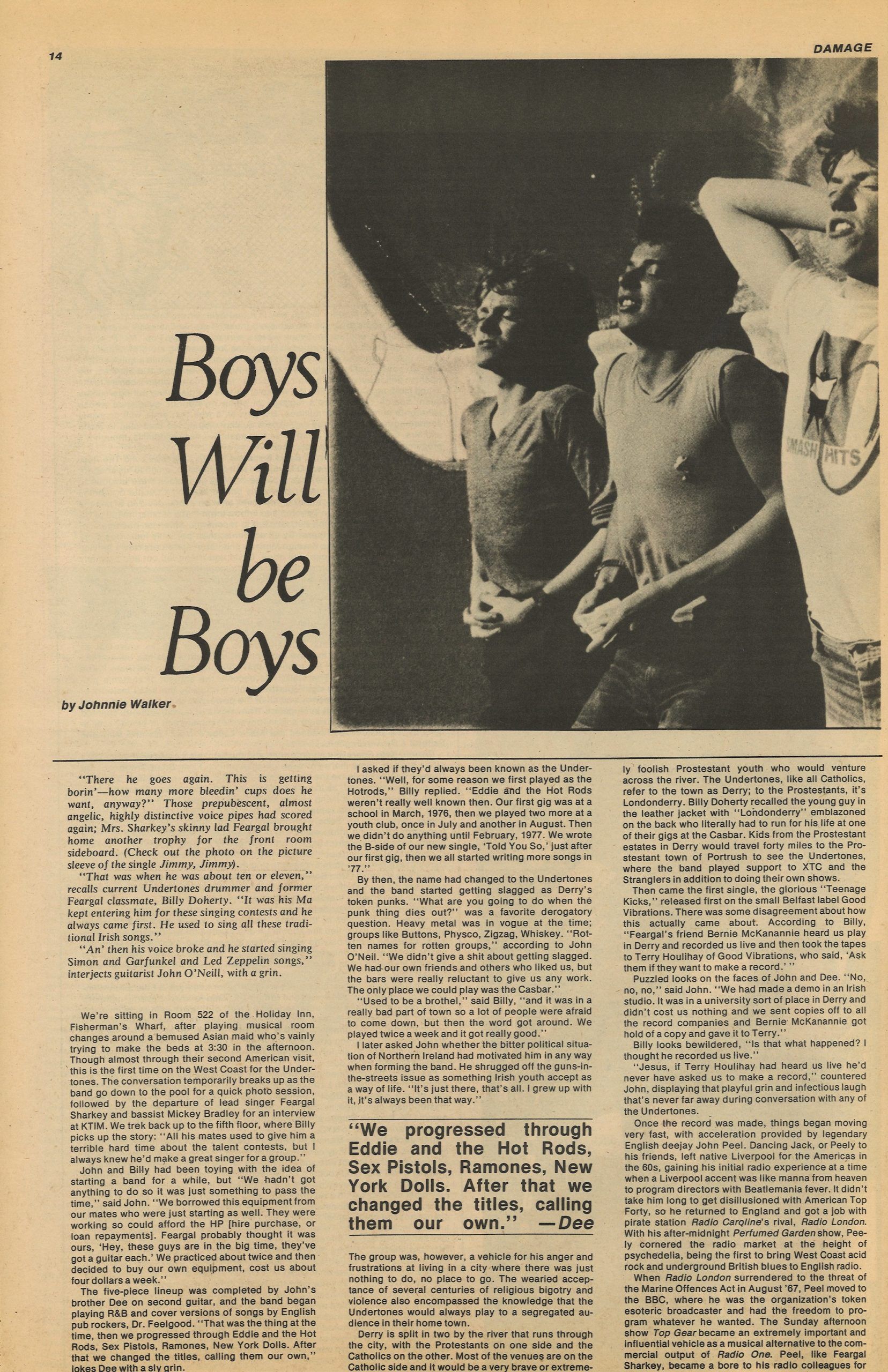 “Boys Will be Boys” by Johnnie Walker 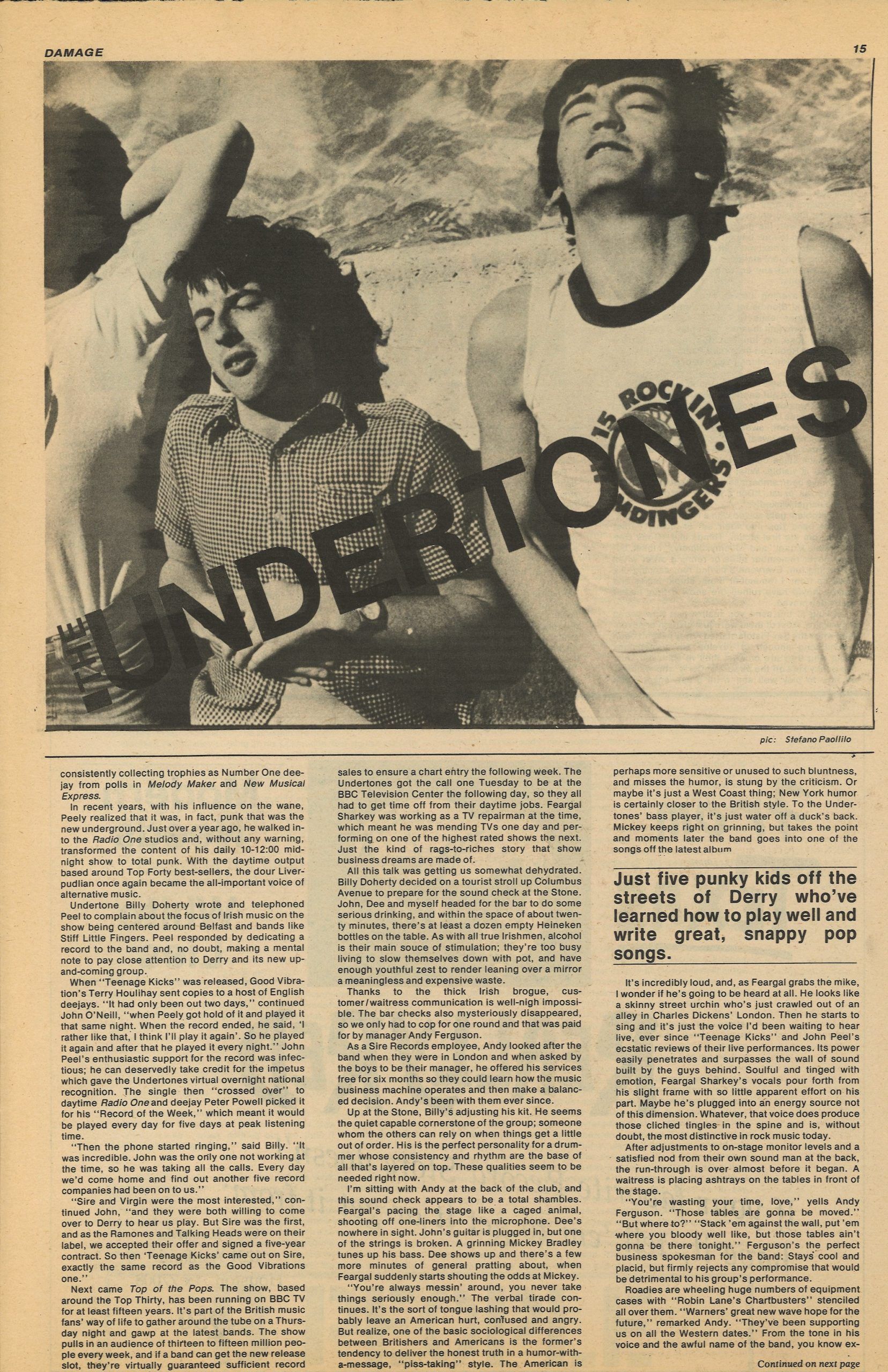 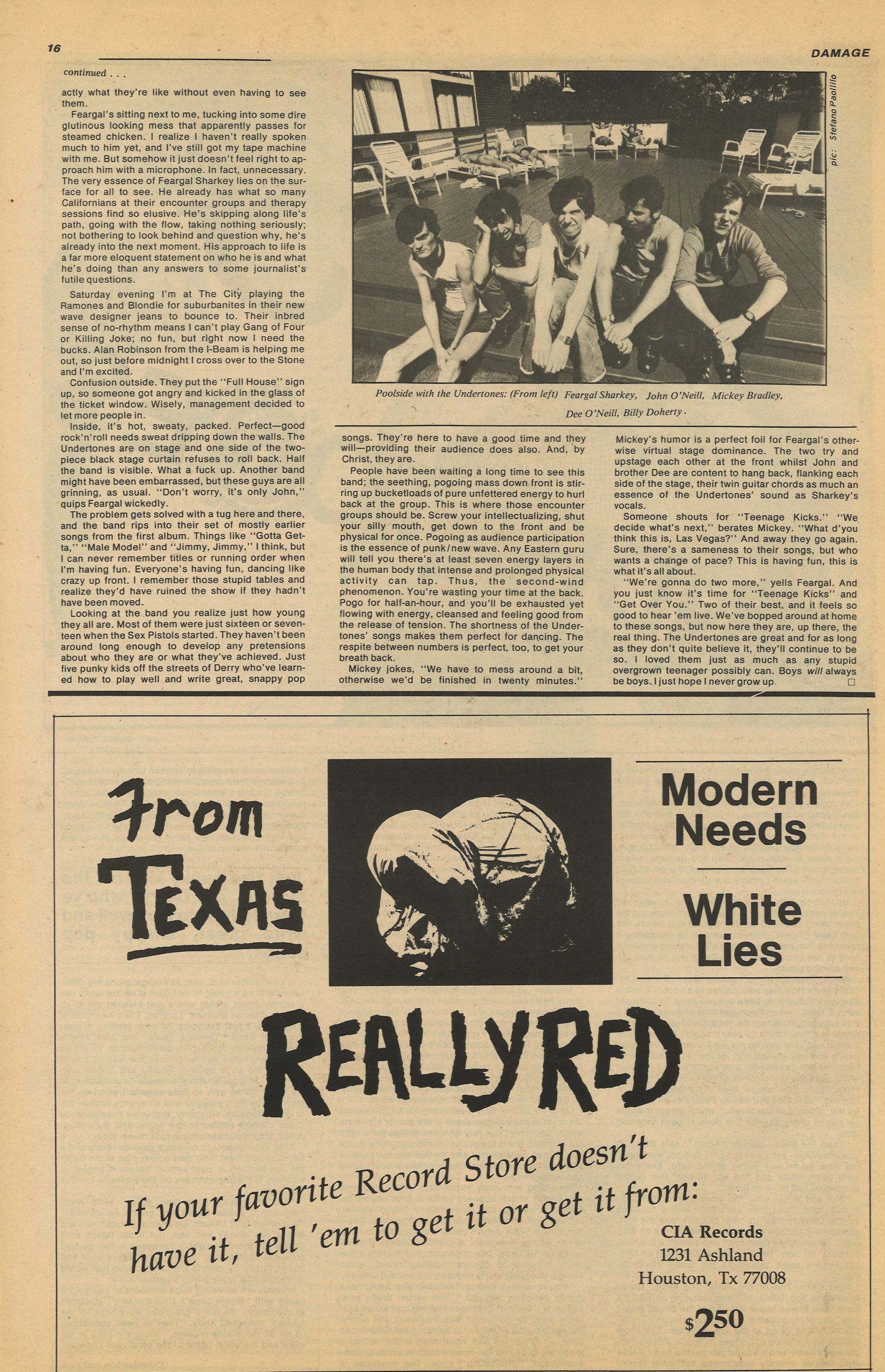 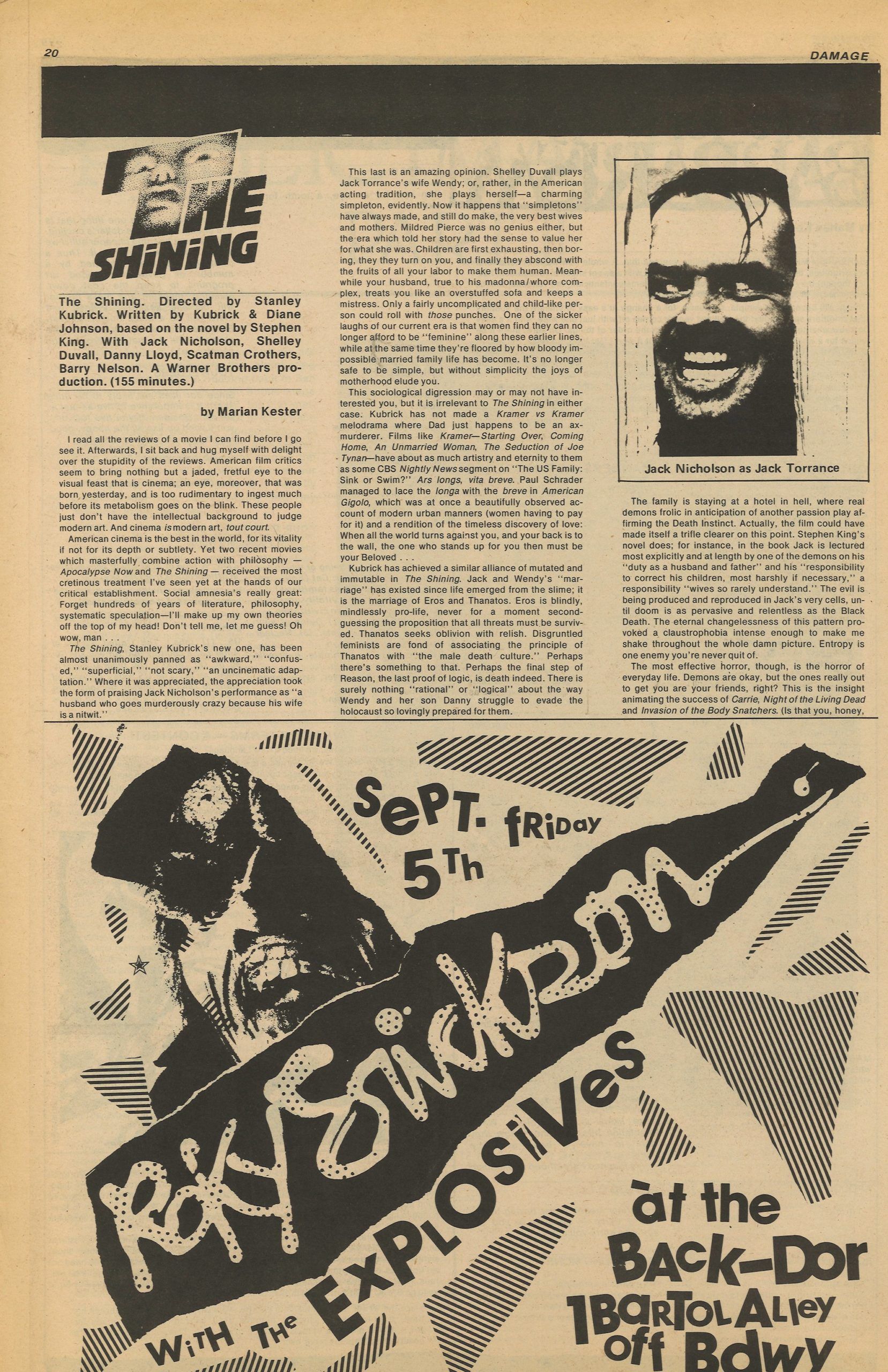 The Shining review by Marian Kester 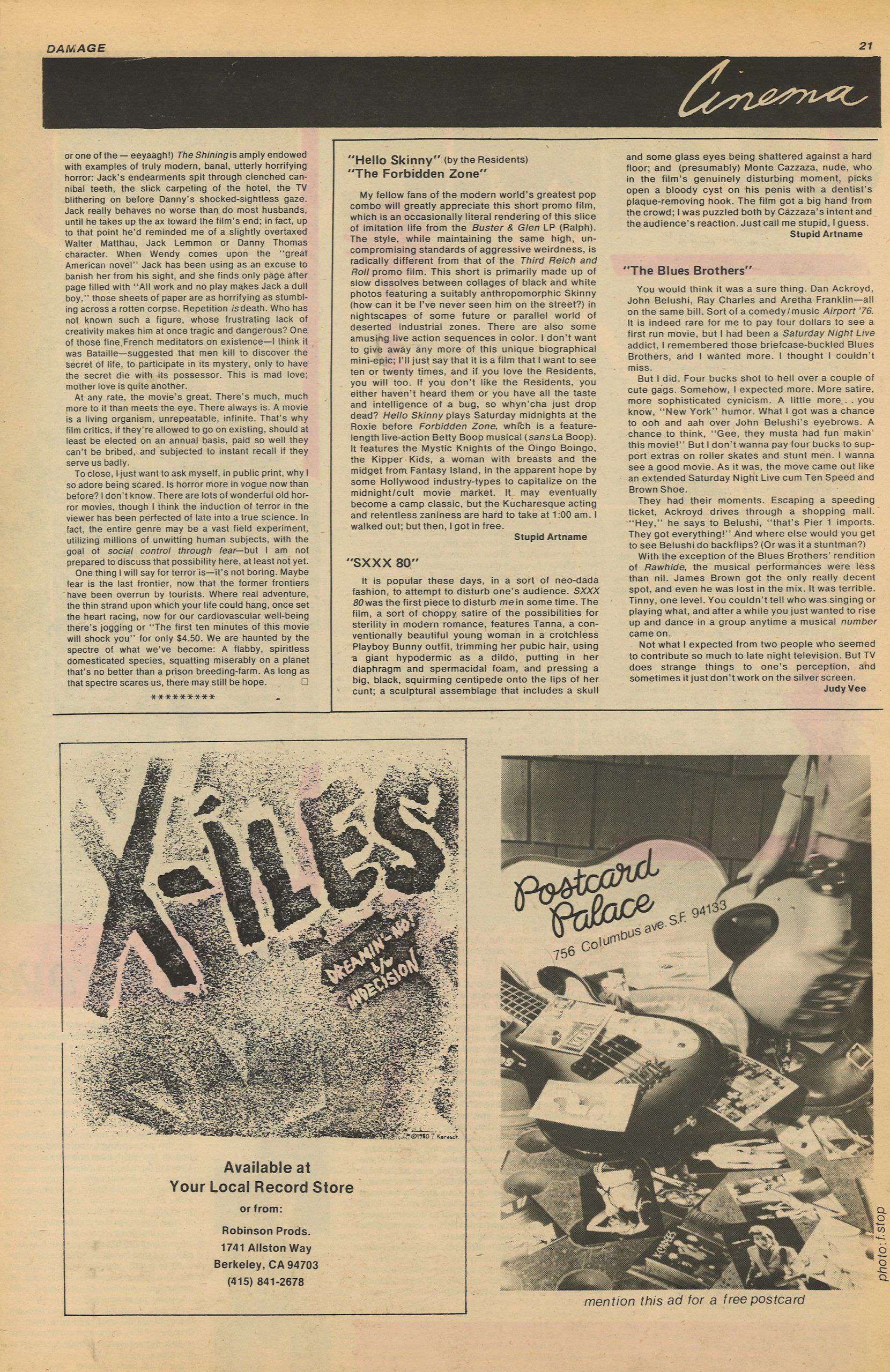 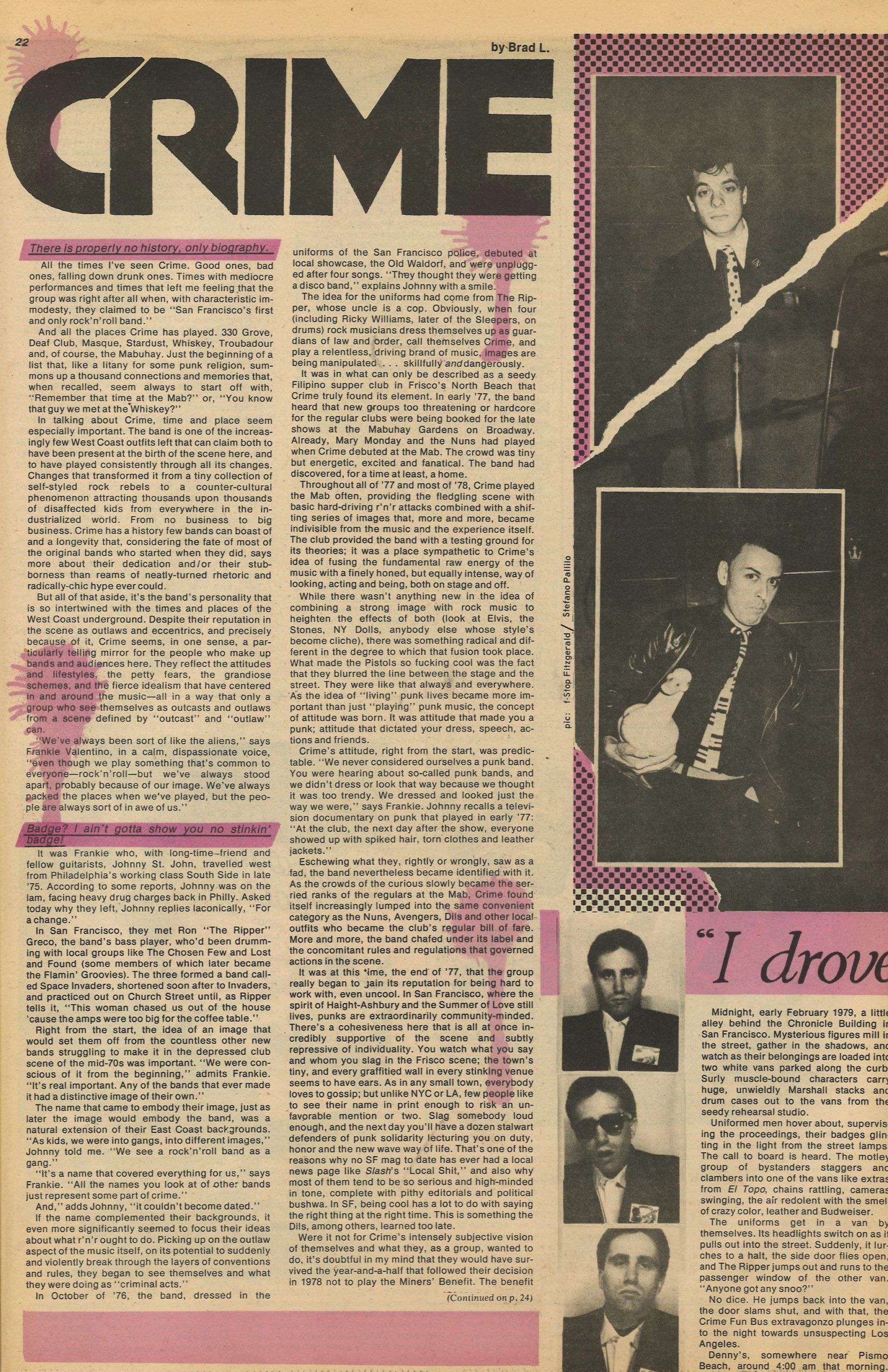 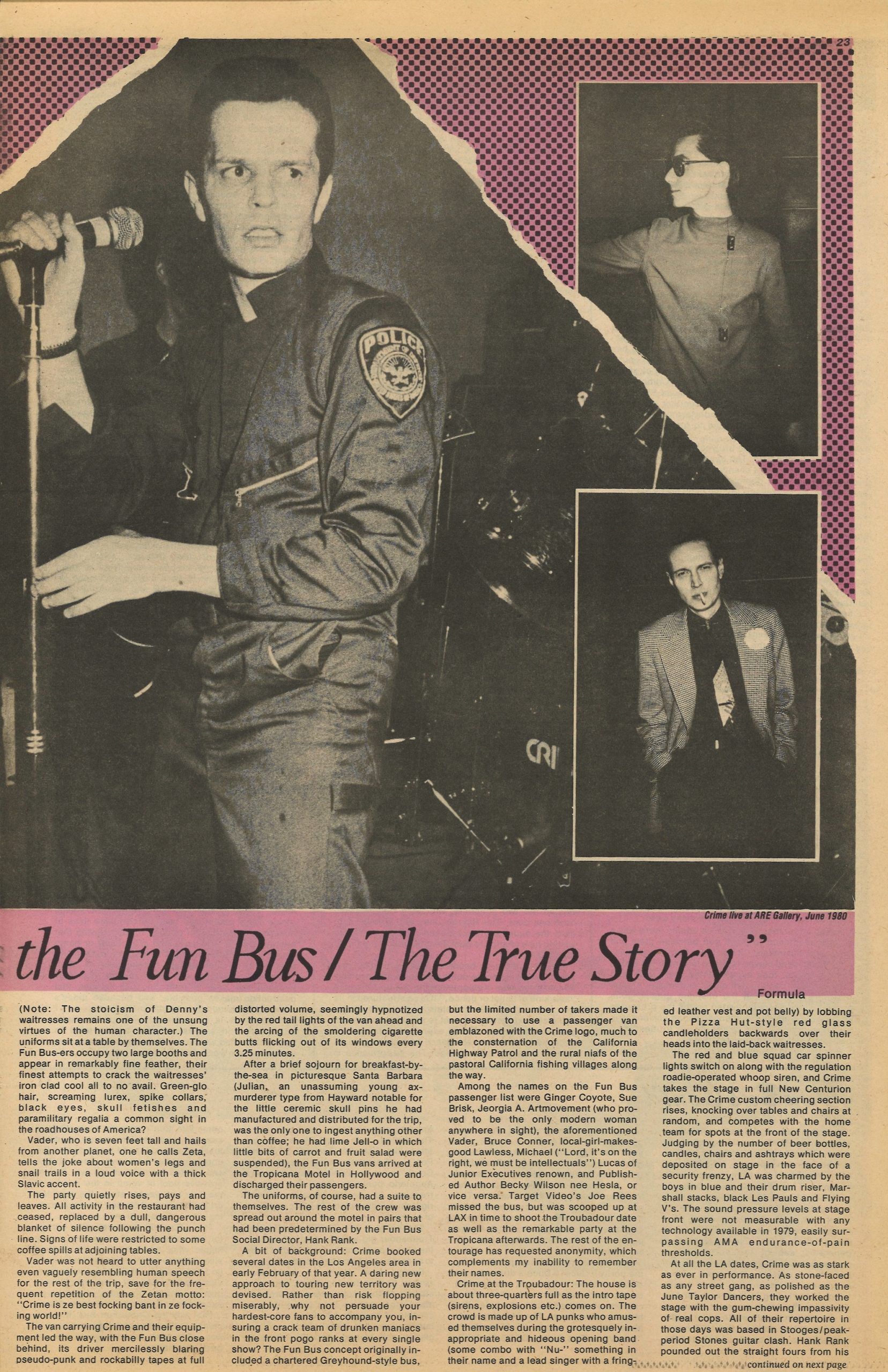 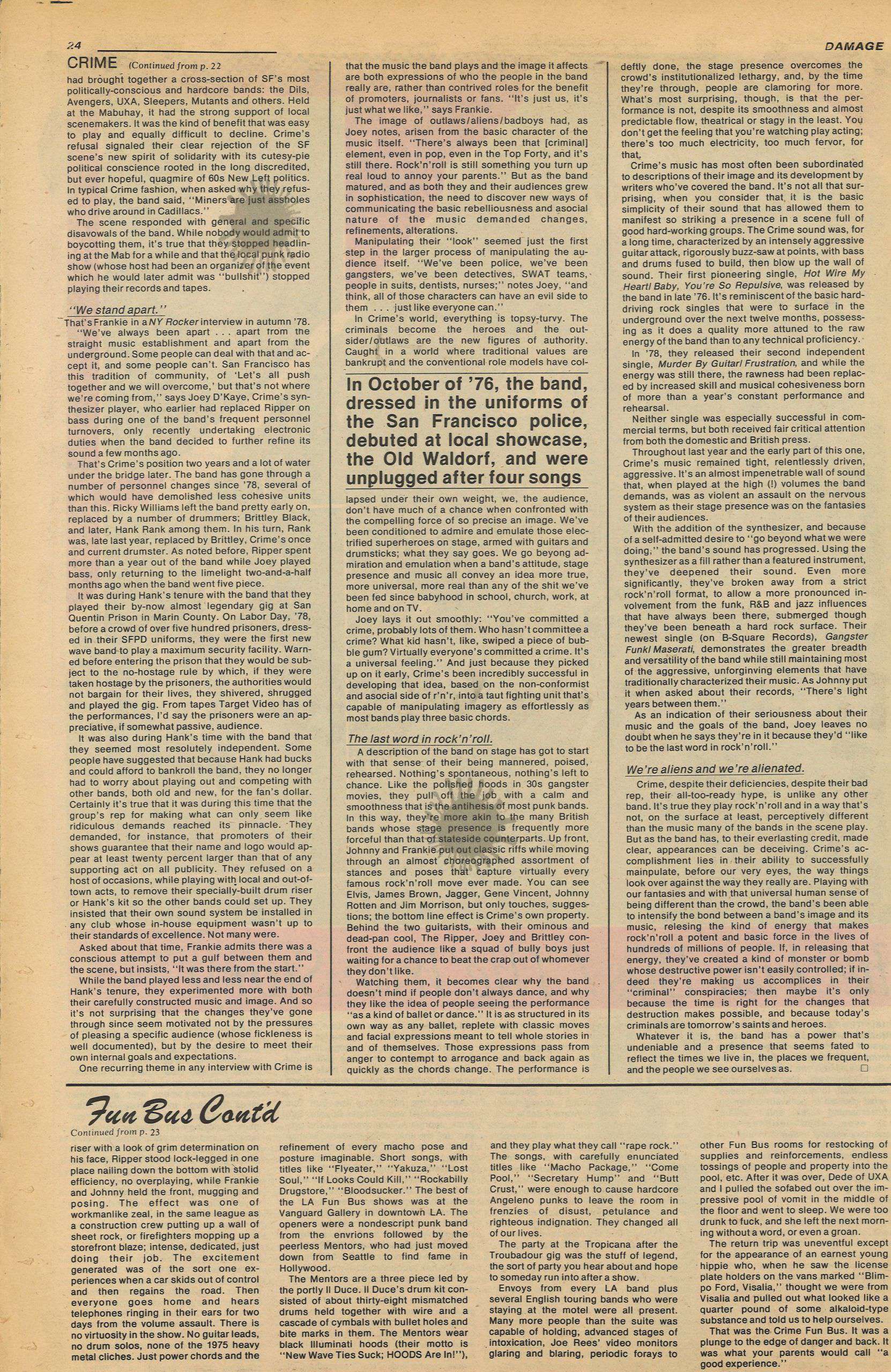 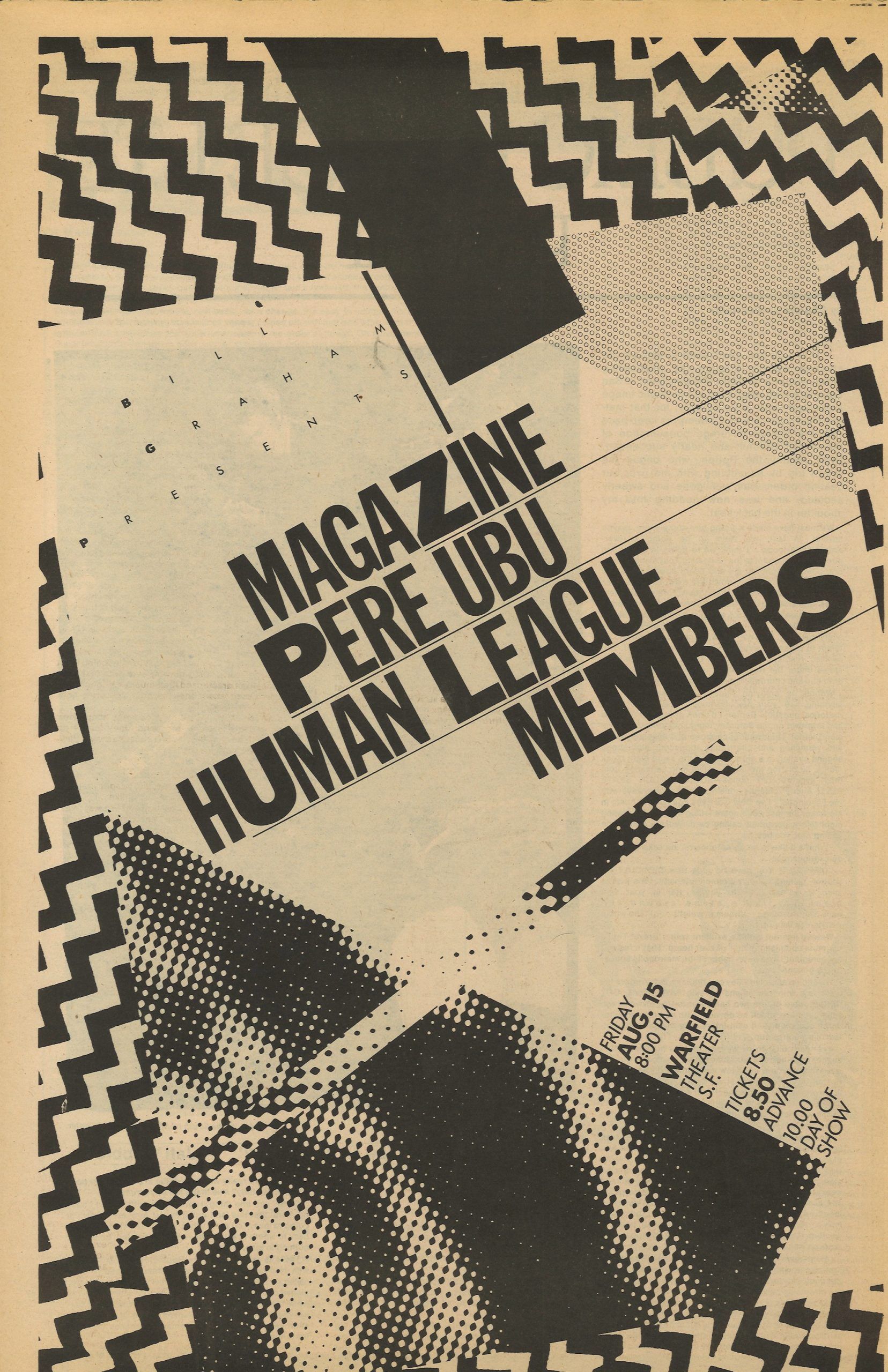 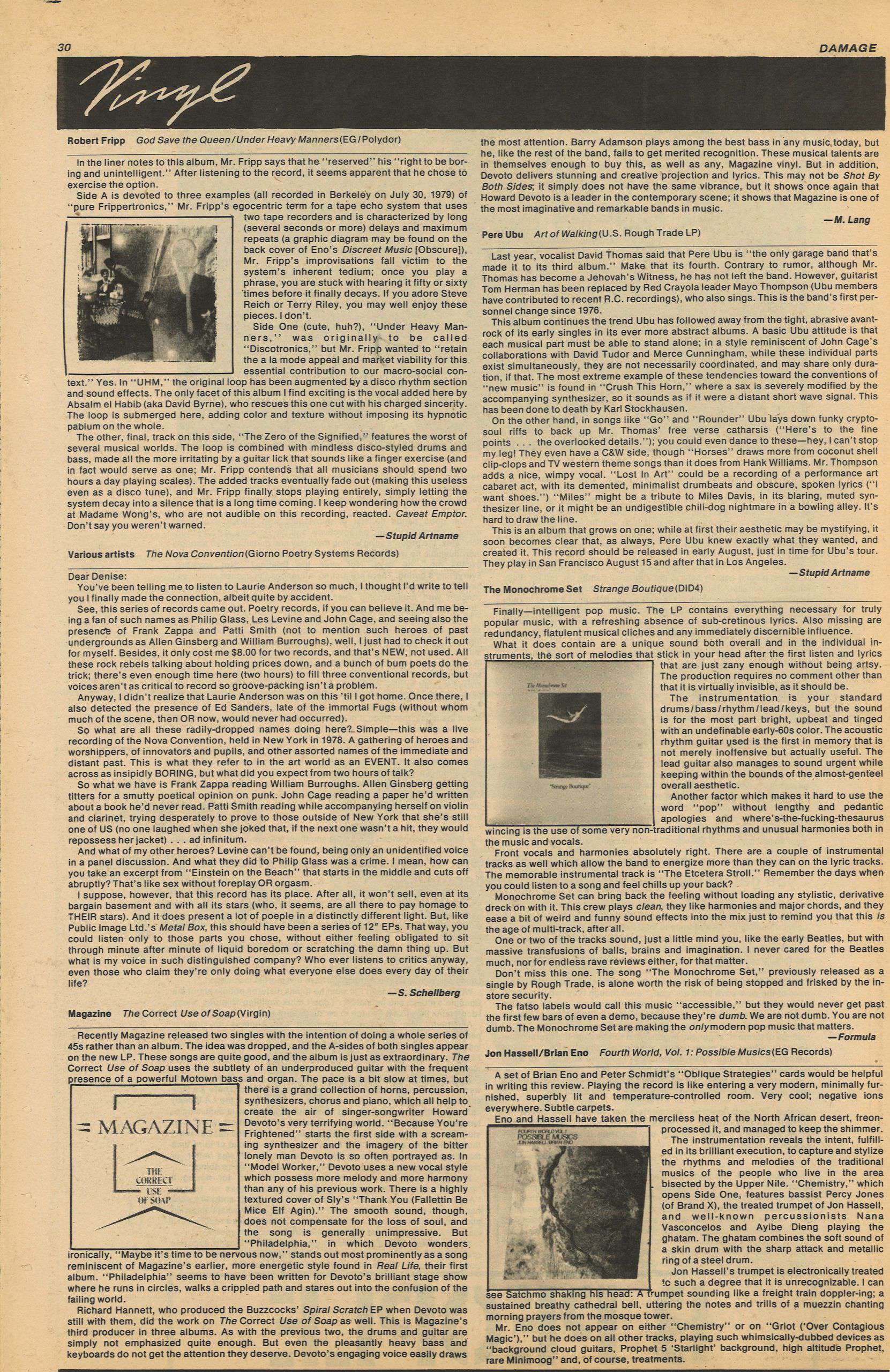 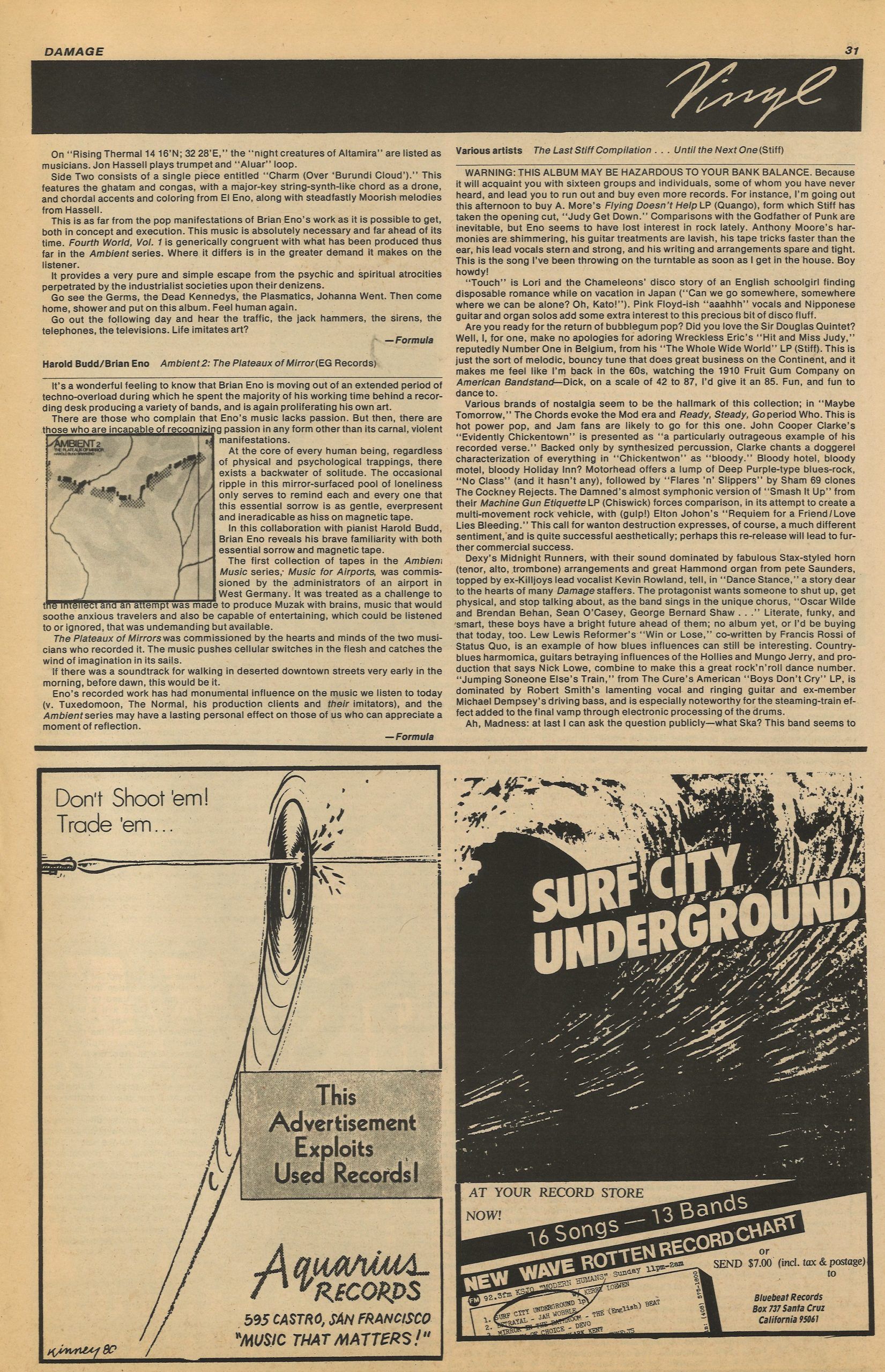 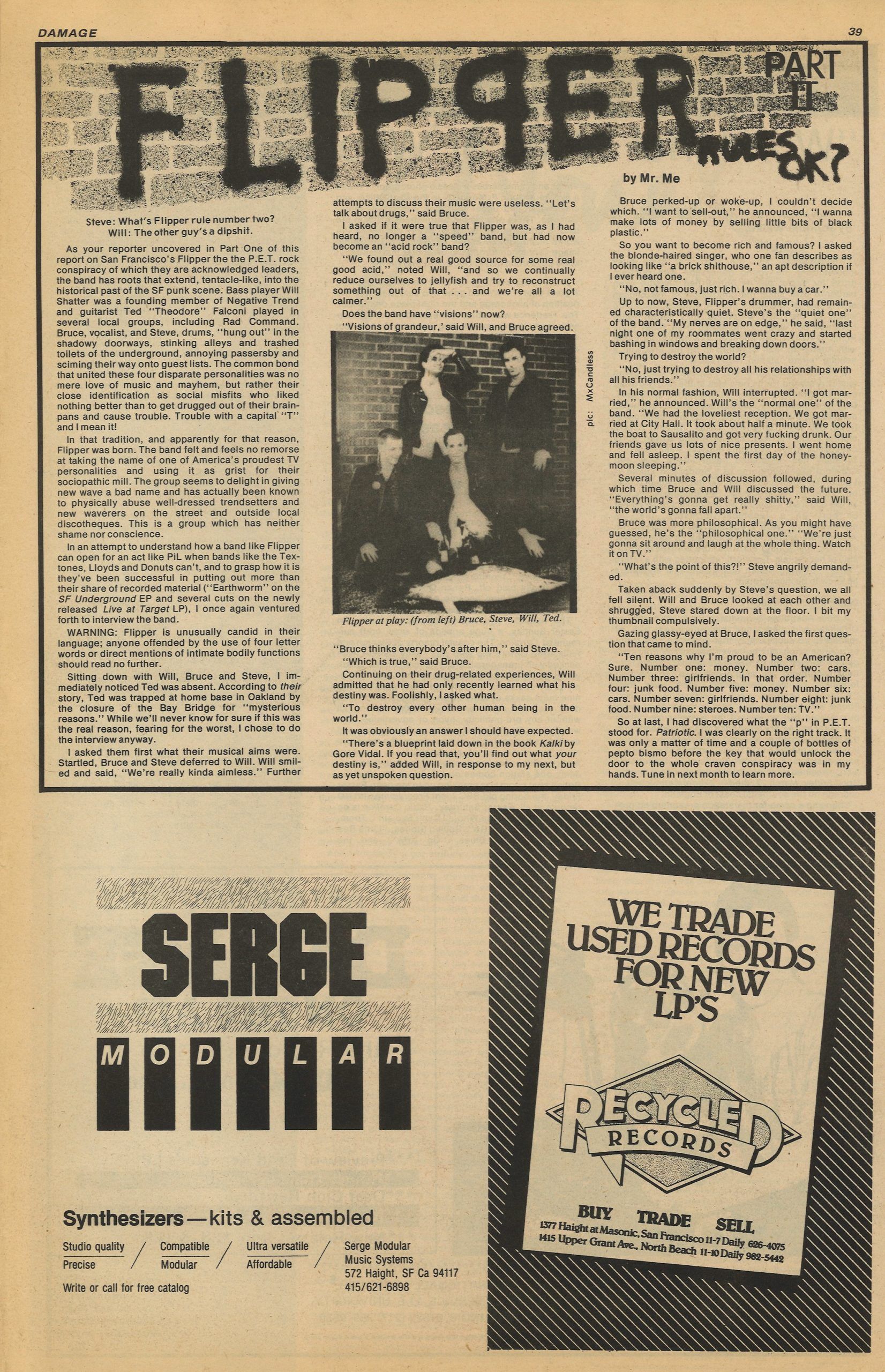 Flipper article by Mr. Me 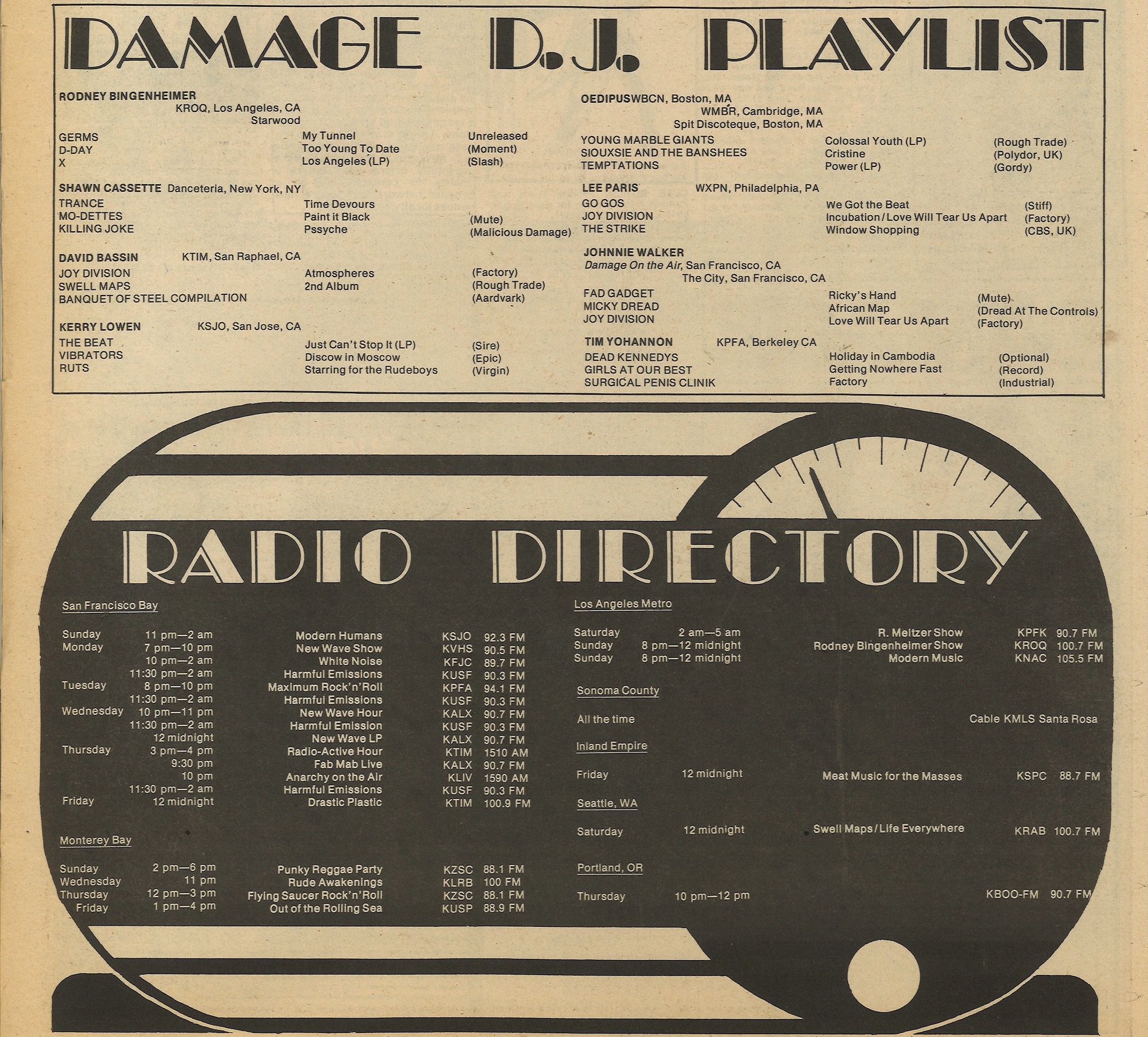 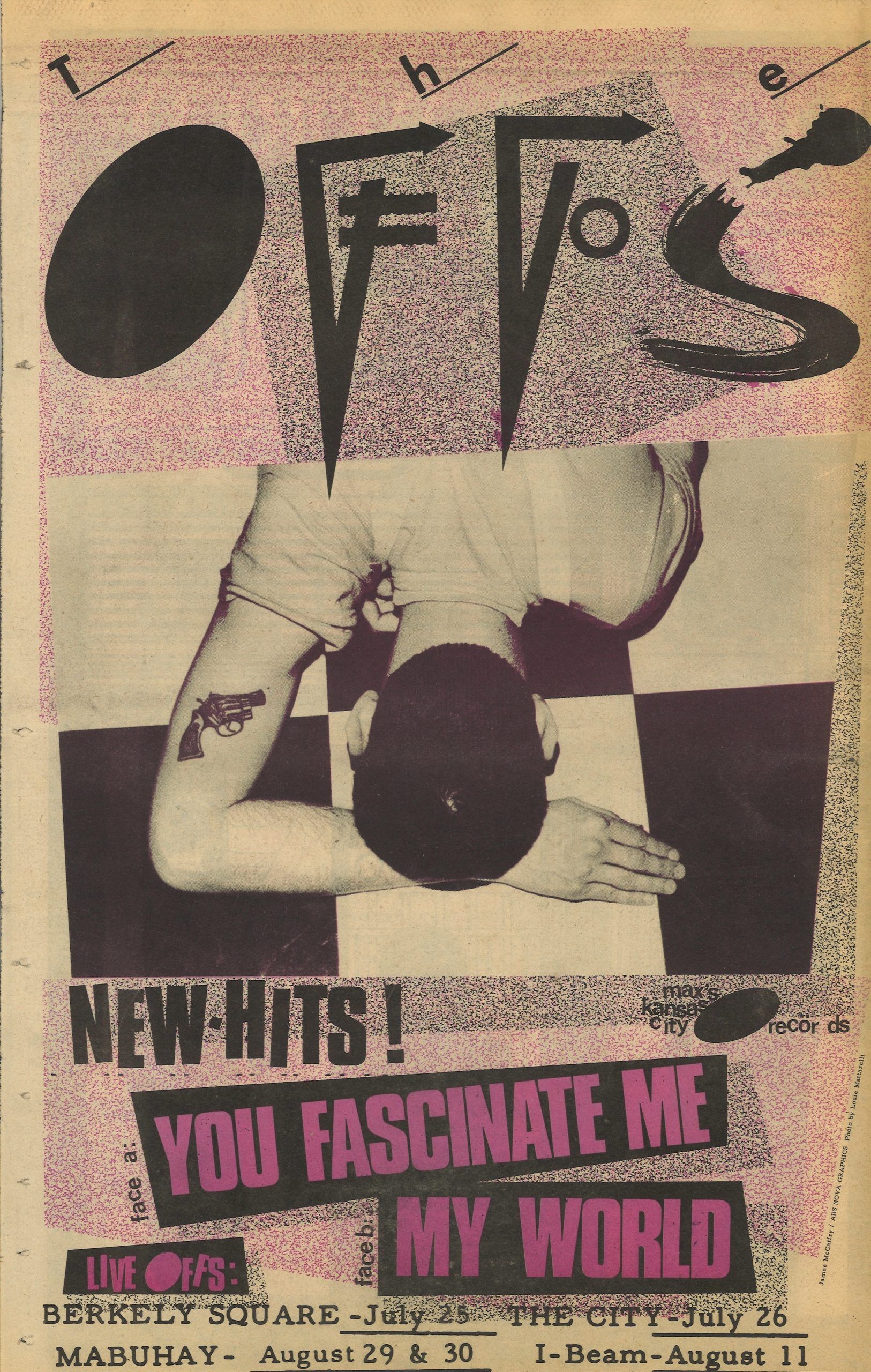 The Offs ad on back cover

The Many Permutations of Moebius & Roedelius