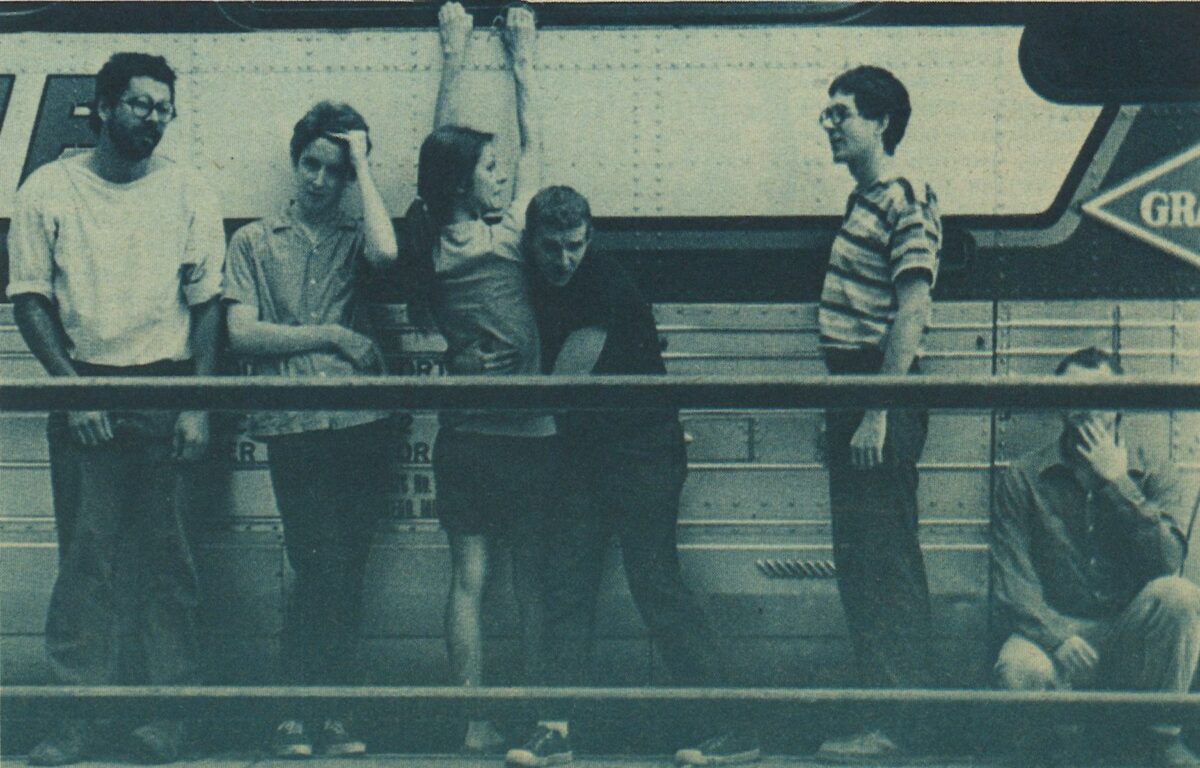 This Sunday, it’s the second half of the two-part, late-1970s and 1980s punk magazine dive into the Torn Light Archives, which began last week with San Francisco’s Damage. The focus this week is on Take It!, a punk and hardcore magazine from the 1980s. Take It! was based in Boston, and throughout its fleeting run of six issues, featured artists such as Dead Kennedys, Yello, Angry Samoans, Flipper, The Psychedelic Furs, The Slits, Mission of Burma, Black Flag, and as seen below, 1/2 Japanese and The Mutants.

Also included in our archived issue from 1981 is an article about DMZ and The Lyres, a profile in dub, and record reviews of Young Marble Giants, T.S.O.L., and X.

There isn’t too much out there on the Internet about Take It!, but you can still buy back issues of the magazine here.

Like last week, after the scans below, take a look at the list of items we have available from artists mentioned in this issue of Take It!. 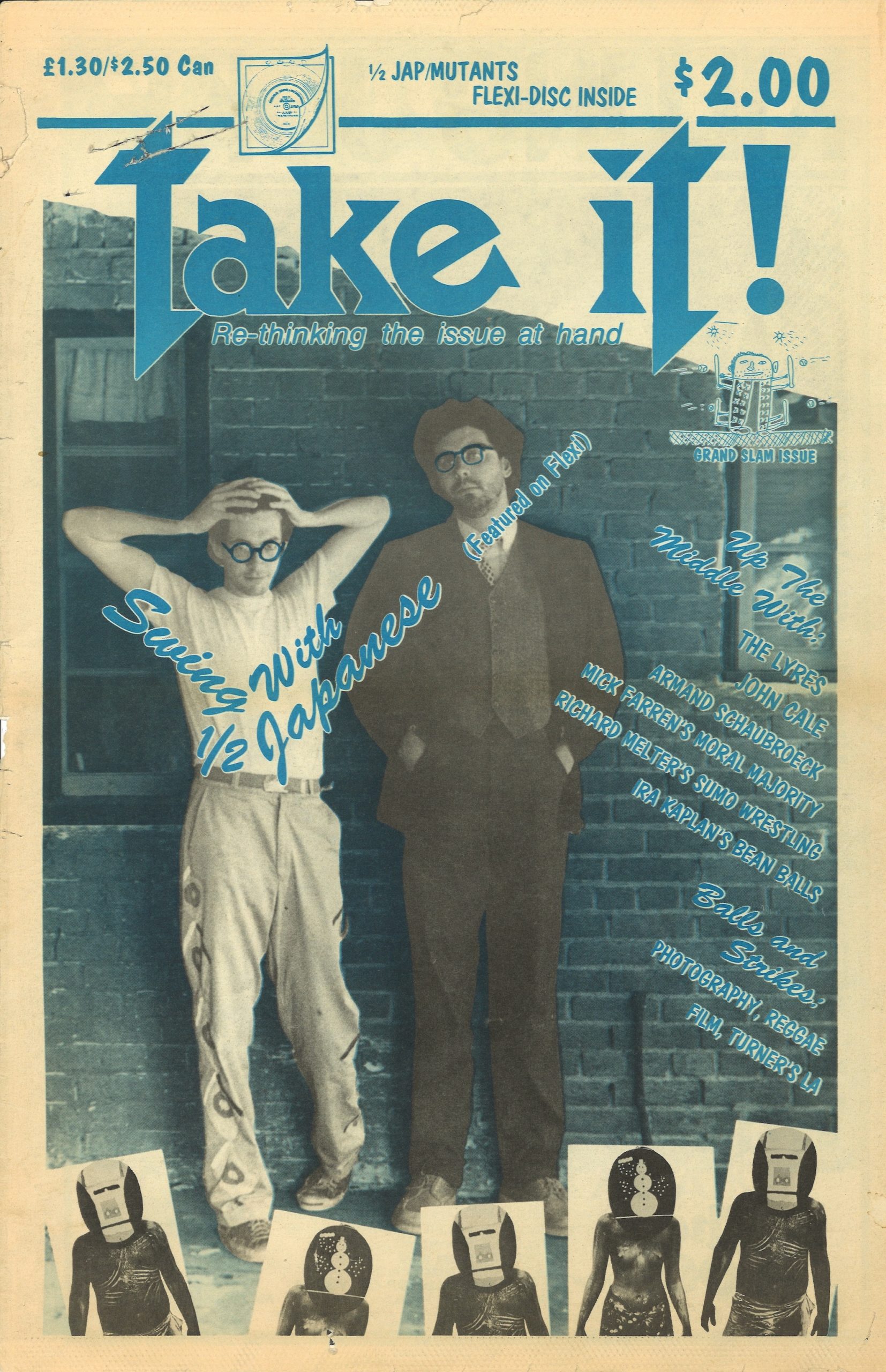 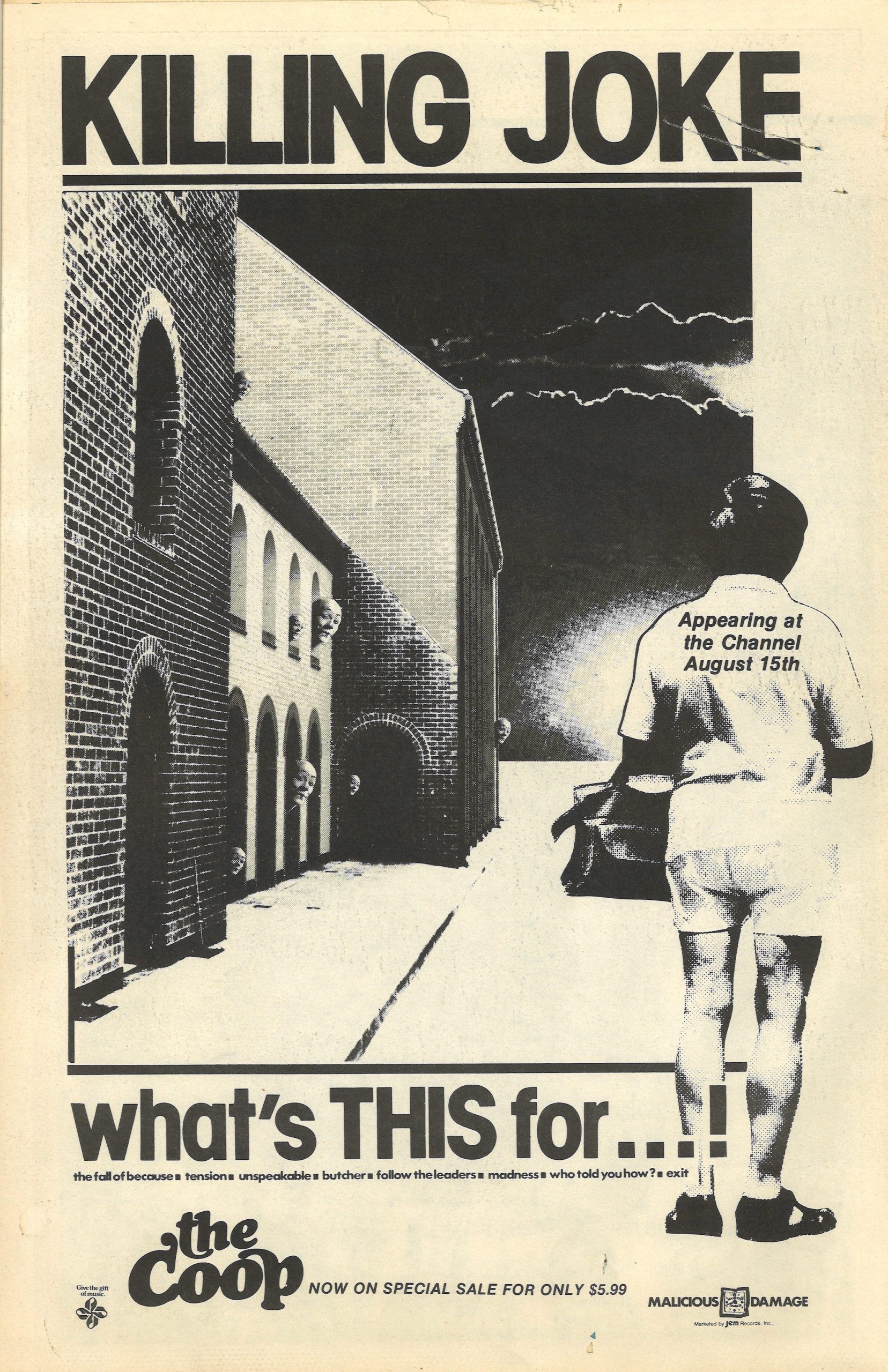 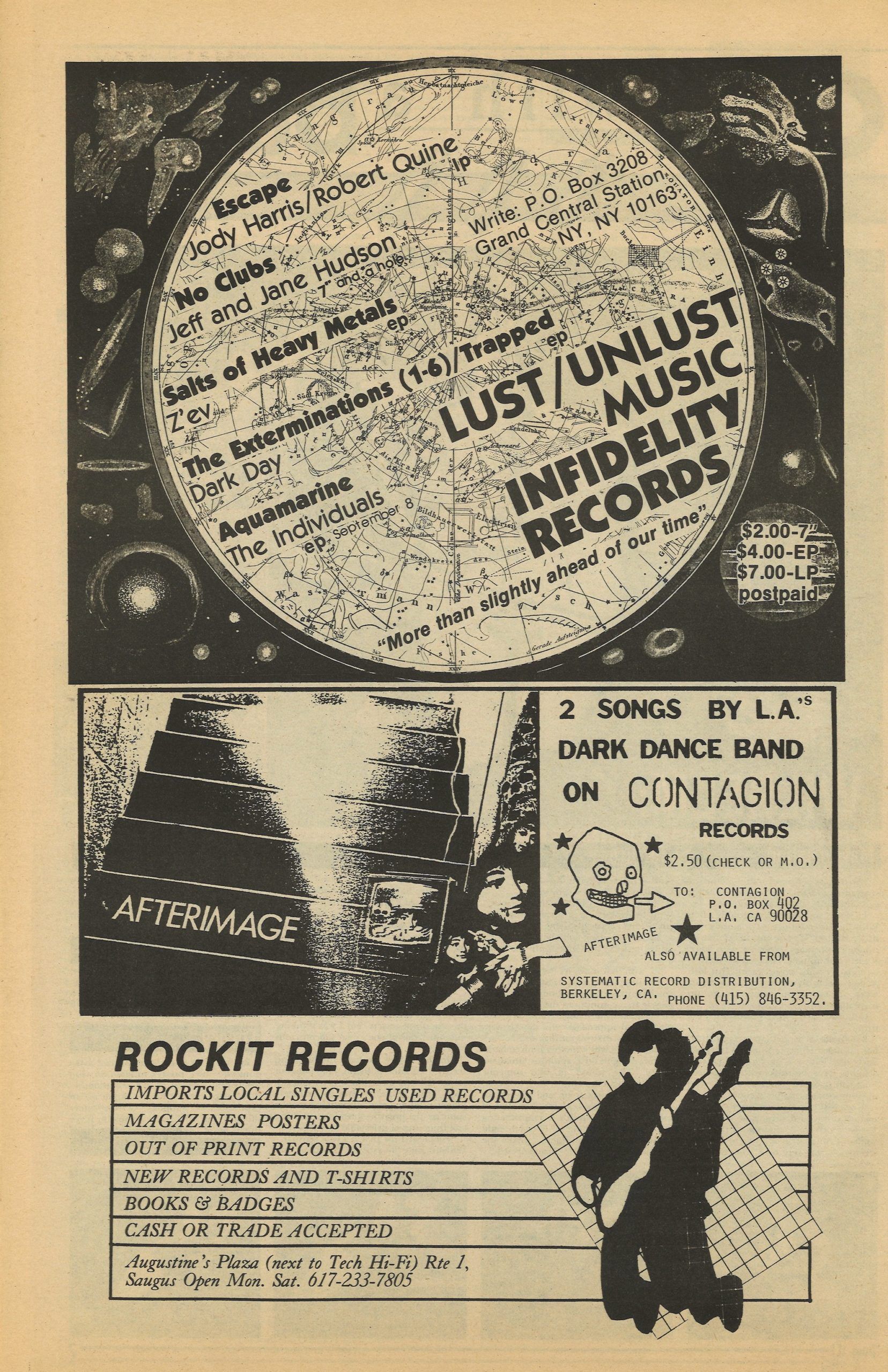 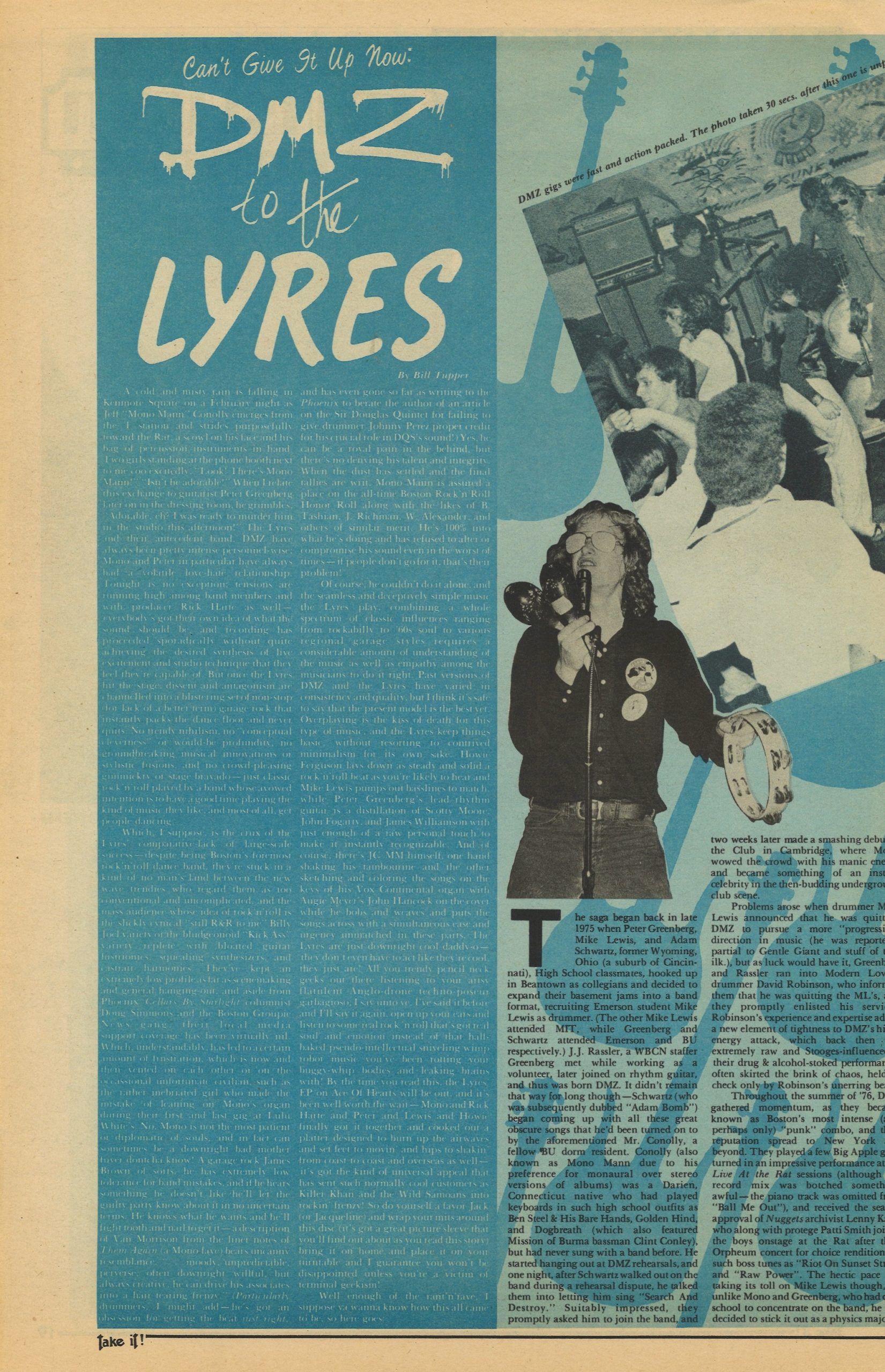 “Can’t Give It Up Now,” by Bill Tupper 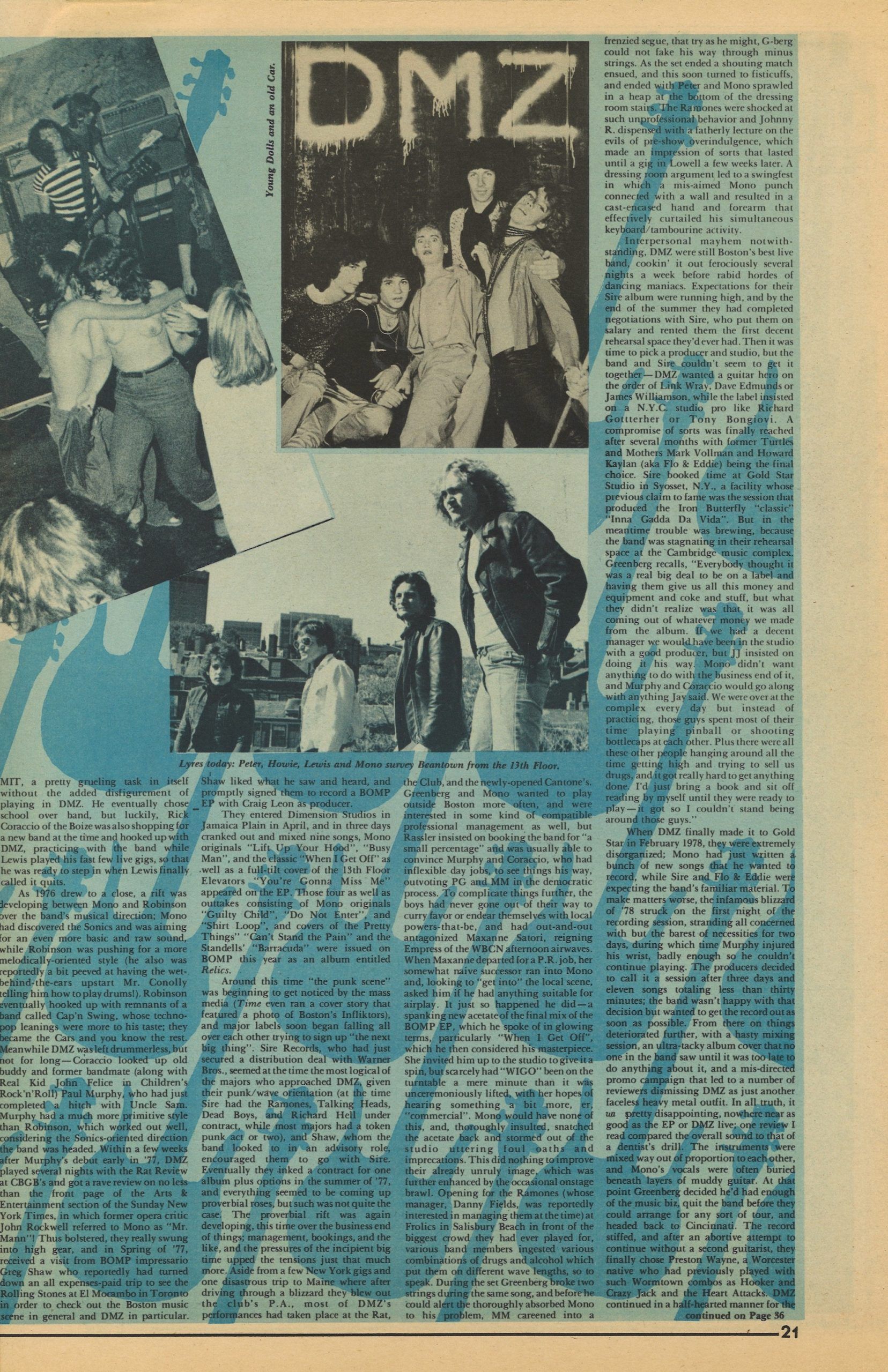 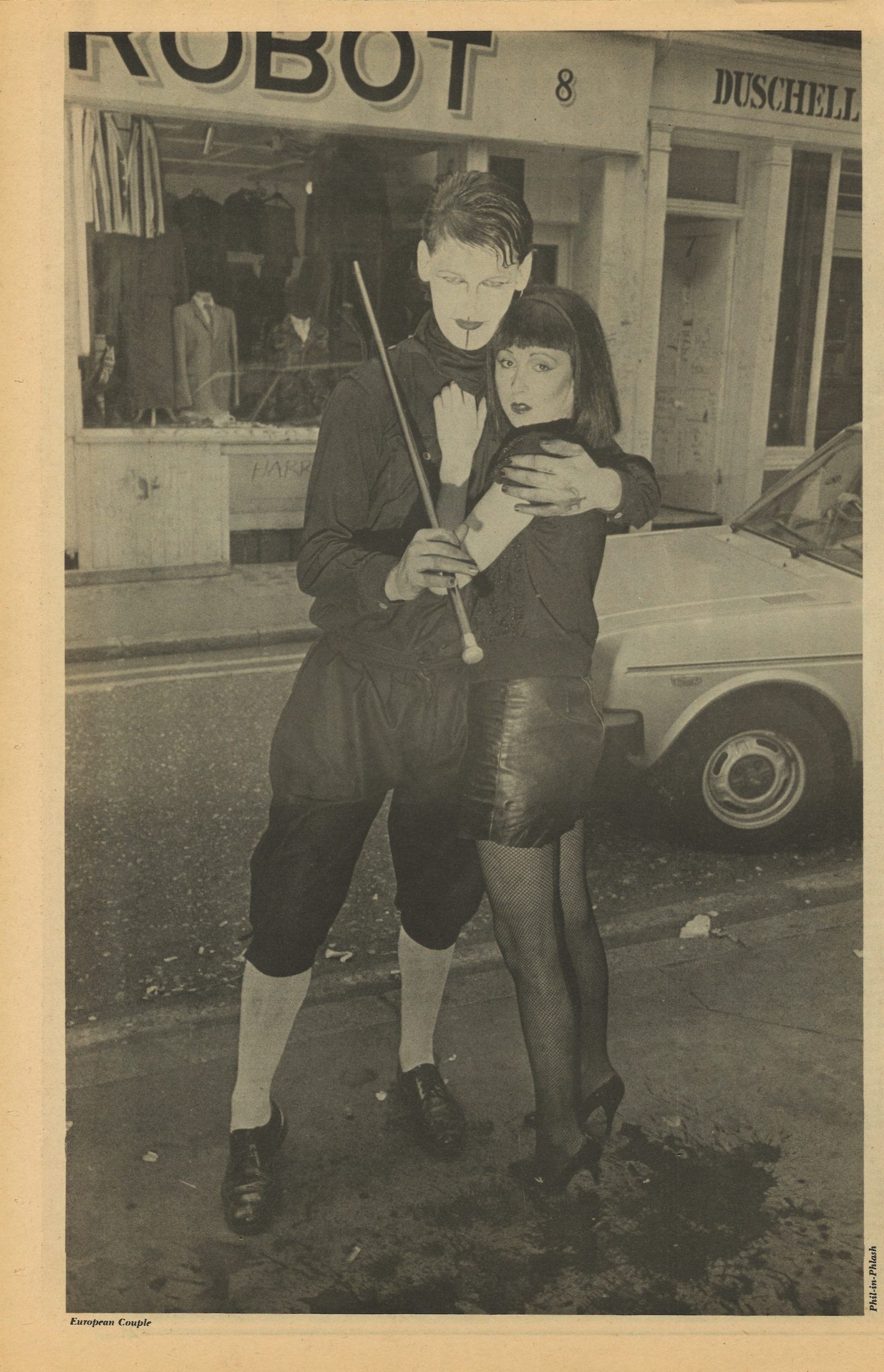 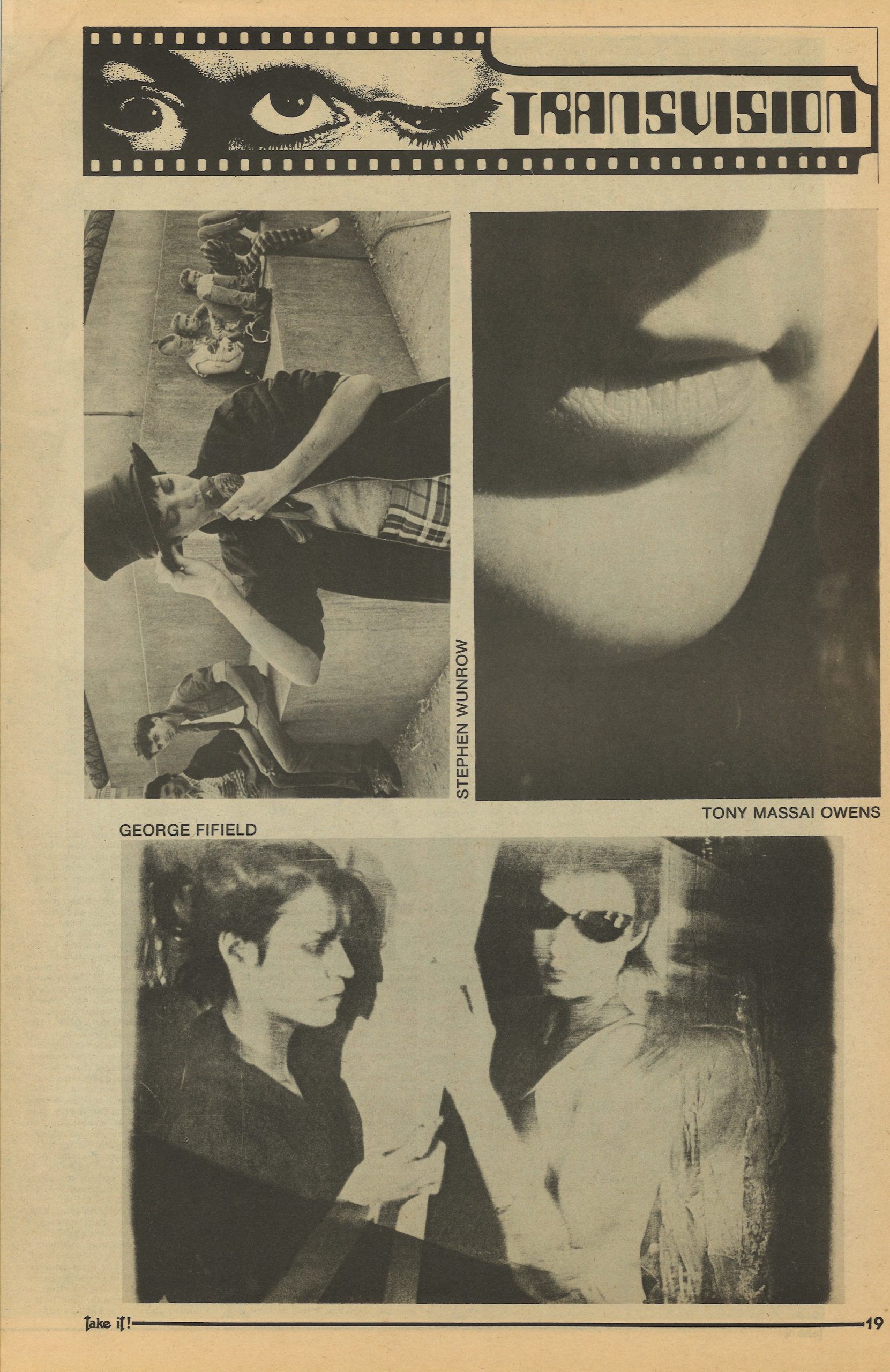 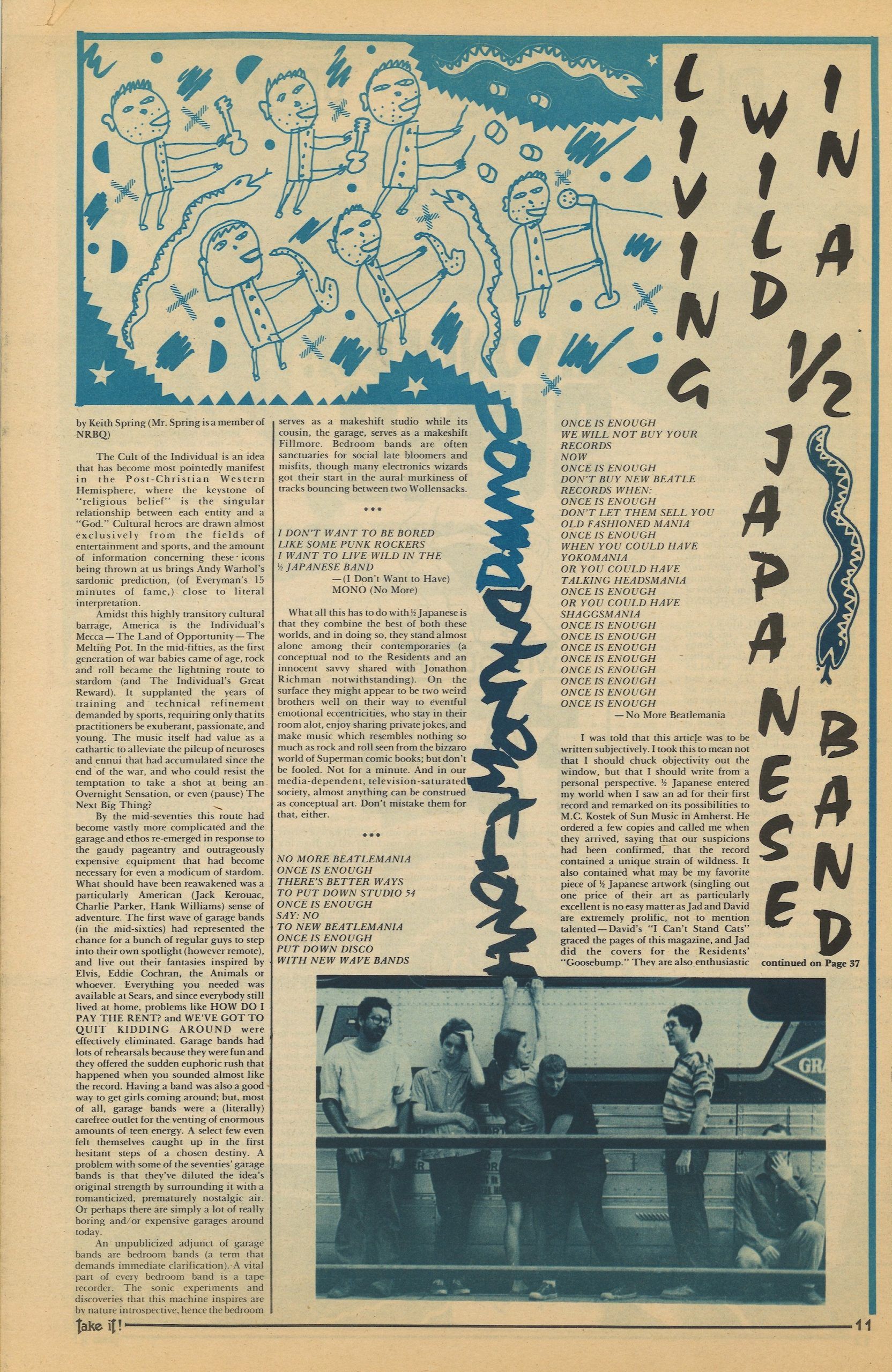 “Living Wild in a 1/2 Japanese Band” by Keith Spring 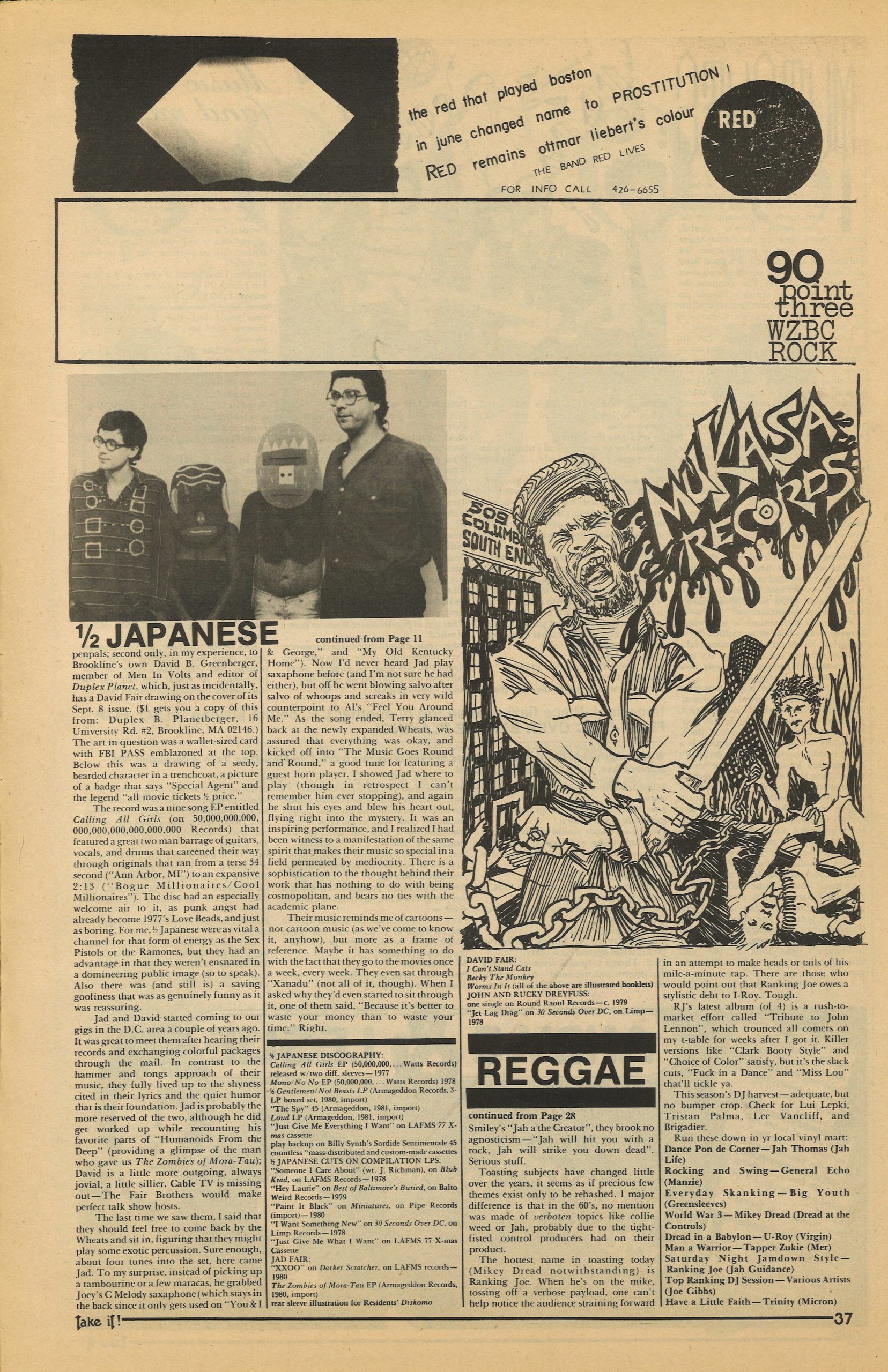 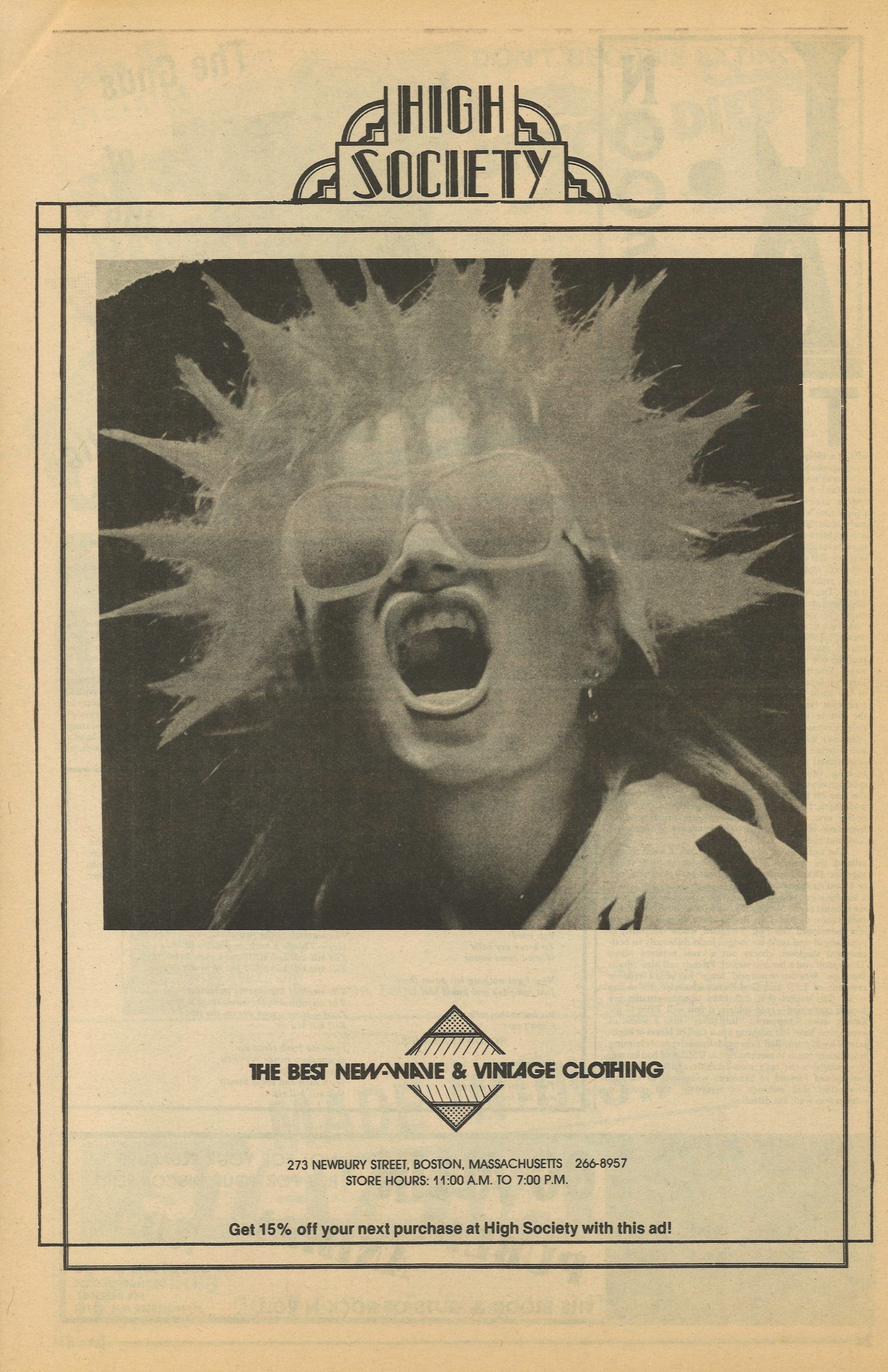 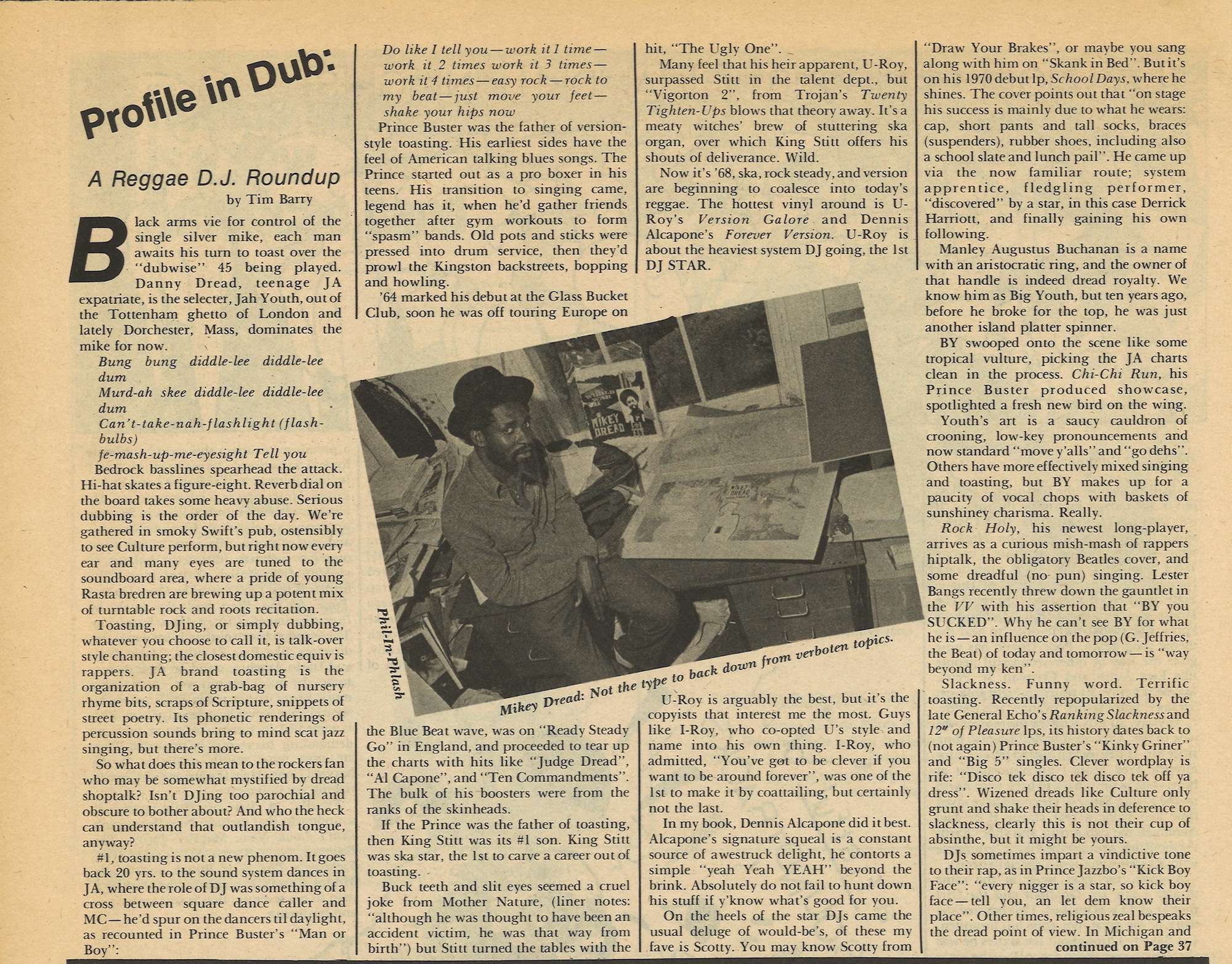 “Profile in Dub” by Tim Barry 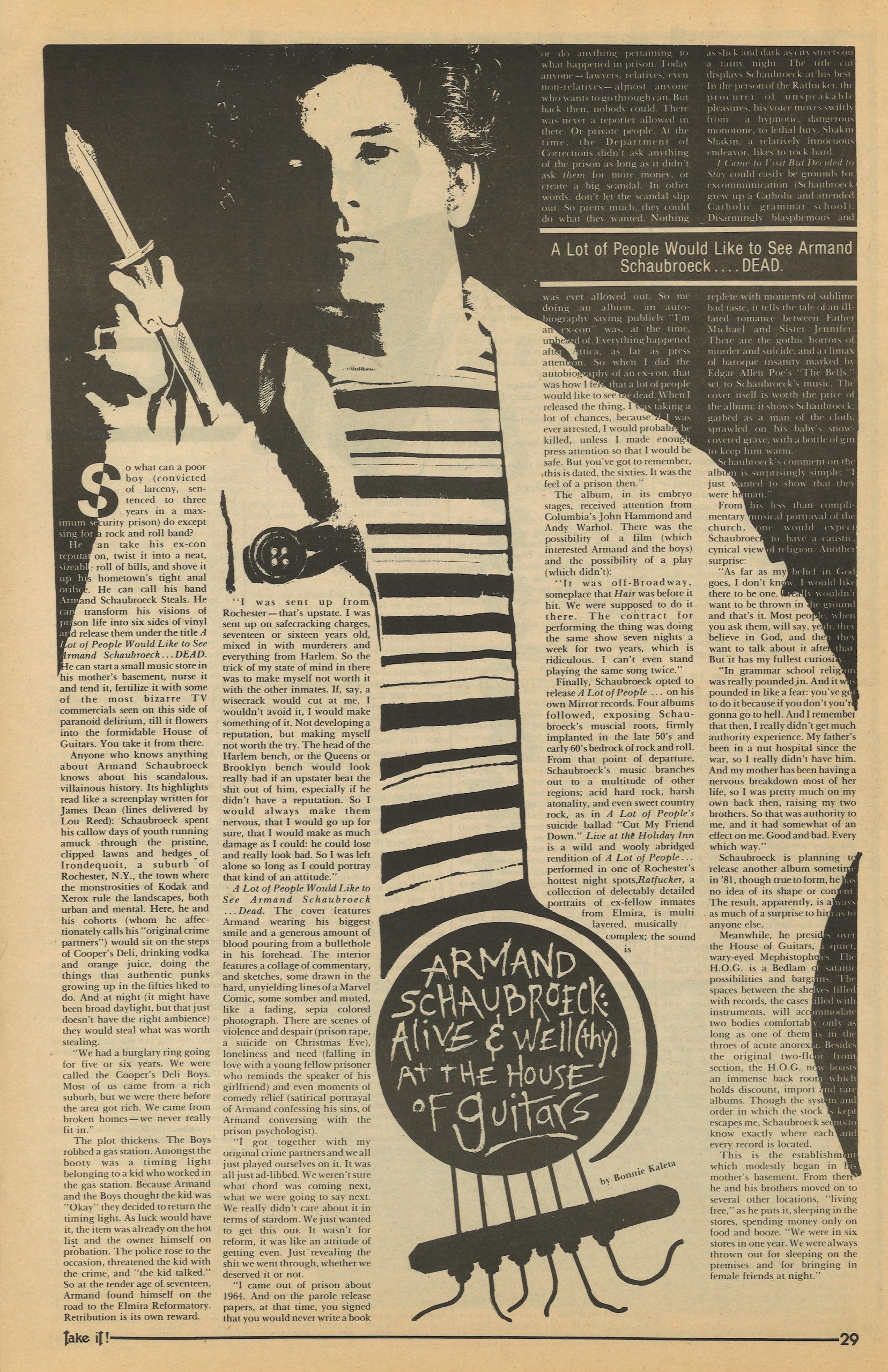 “Armand Schaubroeck: Alive & Well(thy) at the House of Guitars” by Bonnie Kaleta

“DOA – Alive and Blurry in NYC” by Amy Linden 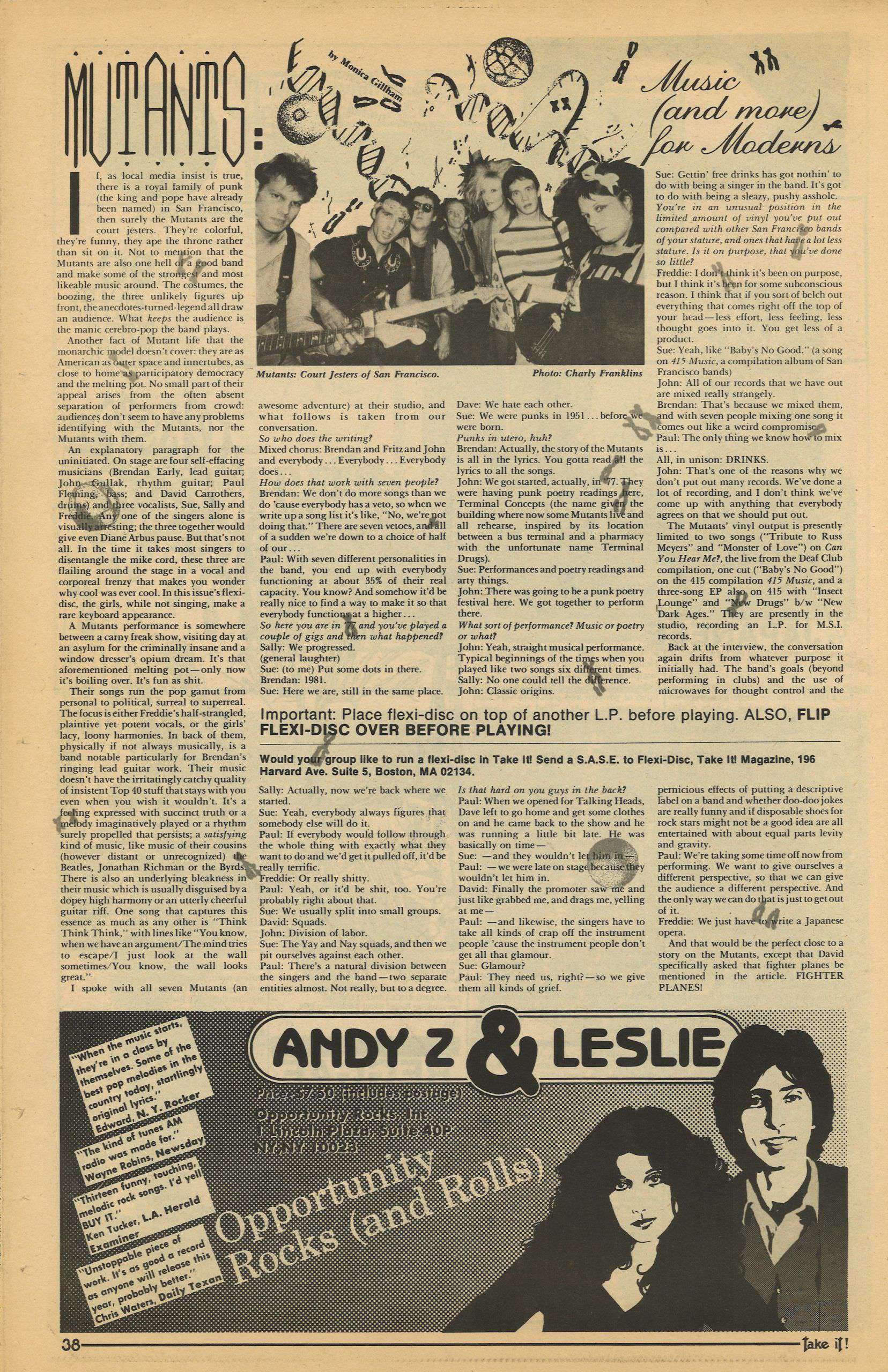 Mutants article, plus info about the included flexi