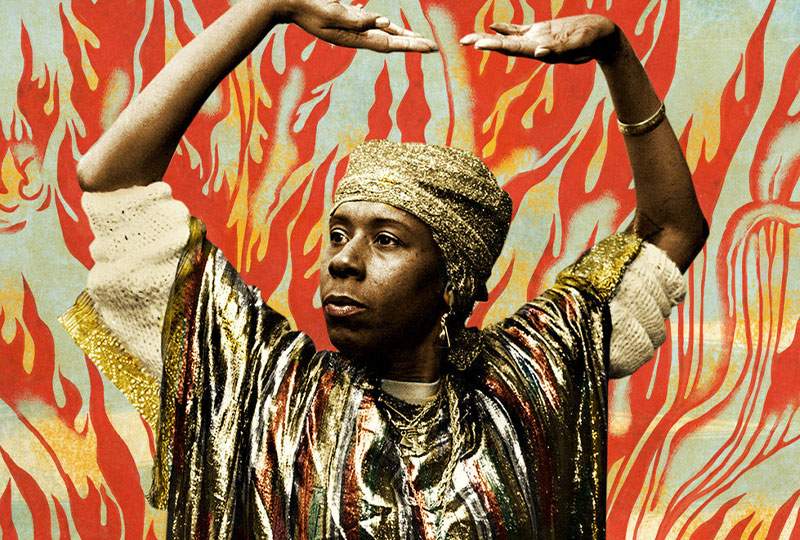 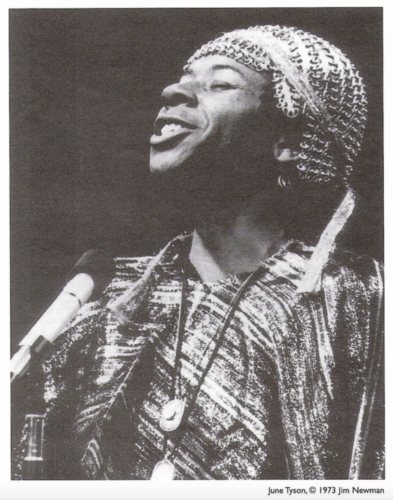 Those familiar with Sun Ra and His Arkestra may know the voice and image of June Tyson: vocalist, dancer, choreographer, and costume designer for the Arkestra. Despite her significant presence in the ensemble from 1968 until her death in 1992, June Tyson has historically been one of the least discussed members of the Arkestra. In 2019, a compilation of her most significant tracks came out on Modern Harmonic, titled Saturnian Queen of the Sun Ra Arkestra, hinting towards not only her impact on the Arkestra, but also her relevance to Afrofuturism as a whole.

Sun Ra and His Arkestra are considered central figures to the development of Afrofuturism, an artistic movement that depicts Black history and future with elements of science fiction, technology, and futurism. Furthermore, Afrofuturism “dares to imagine a world where African-descended peoples and their cultures play a central role in the creation of that world.”

Tyson caught the eye of the Arkestra’s manager Lem Roebuck in 1968, at that time performing in outdoor Broadway musicals at Jackie Robinson Park in New York City. She described the experience in a 1987 interview on WKCR: “…Roebuck saw us and said, ‘Wouldn’t you like to meet Sun Ra?’ And he said that Sun Ra was very knowledgeable and we would be able to learn a lot. So we said, ‘Yeah, OK,’ and he took us where Sun Ra was living on Third Street…and introduced us to Sun Ra. And we kept coming back.” 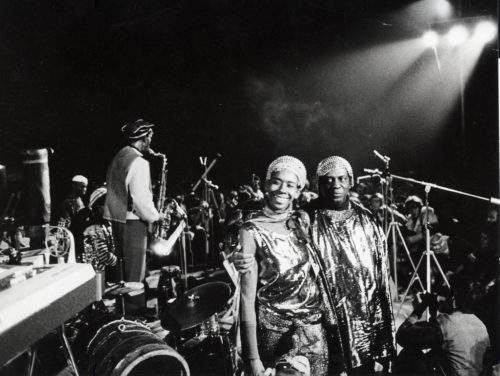 Tyson wholeheartedly contributed to Sun Ra’s vision, possessing an ability to easily switch gears and wear many hats in the group. Along with singing, dancing, and designing costumes for the Arkestra, she also managed the group for a period. Always willing to try something new, she even took up violin at one point. In performances, Tyson would often sing in call-and-response or as a duet with Sun Ra. Live, Tyson was unwaveringly in-sync with Sun Ra. Moving together, responding to one another, ultimately creating a sense of almost telepathic communication that the most skilled improvisational musicians possess. She was also a part of his chorus on the records, which he termed the “Space Ethnic Voices.”

However, there are other tracks in which her voice is much more prominent, such as “Astro Black,” “Walking On The Moon,” “The Satellites Are Spinning,” “Outer Spaceways Incorporated,” and “We Travel The Spaceways.” At times, her musical theatre background is apparent in her vocal style, a belt with speak-singing inflections that harkens back to the show-tune tradition of the early twentieth century. This is especially apparent in tracks like “Outer Spaceways Incorporated.” At other points, her voice is much more mysterious and free, such as in “Astro Black,” which meanders through the thick, improvisational textures of the rest of the Arkestra. Writer Cat Celebrezze’s description of Tyson as “an aural anchor,” seems most apt here, a constant that the listener can always return to.

Tyson was beloved by fellow Arkestra members, who all lived together as a collective. Sometimes, the Arkestra would even stay at Tyson’s apartment in New York City. In 2002, Arkestra member Marshall Allen described her as, “A very strong woman. Sun Ra had all men and she was the only woman. Everybody respected her. I loved her voice, her personality, the person. She was like my sister.” June Tyson was an essential part of the vision of Sun Ra and His Arkestra, declaring cosmic texts amidst the free jazz fabric.

Below is a list of Sun Ra records we have in stock that include Tyson’s vocals, including the Saturnian Queen compilation. For more information on June Tyson, check out the resource list at the bottom of the page.