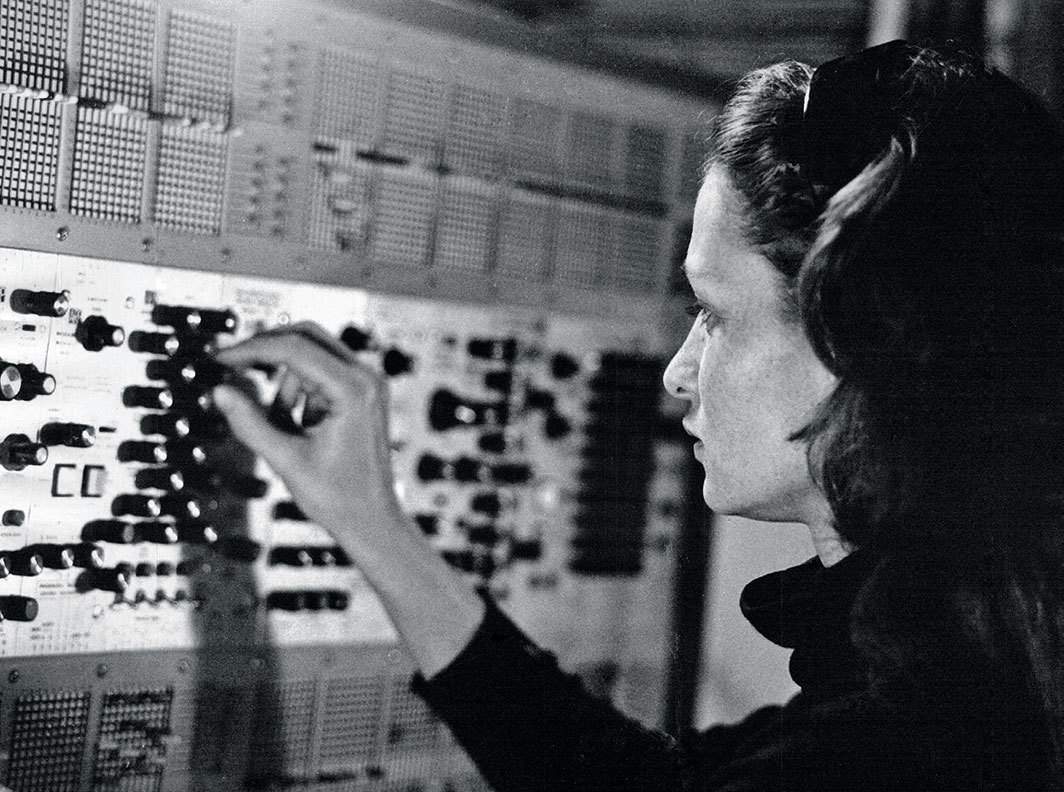 “Everything can become music. It depends on the way we listen to it, and what we do with it also.” 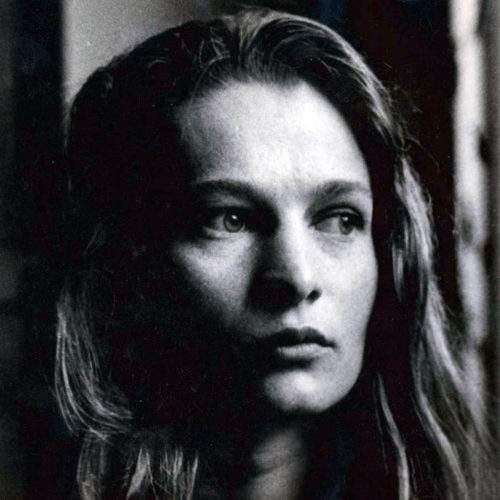 Inspired by the musique concrète innovations of Pierre Schaeffer and Pierre Henry, French electronic composer Éliane Radigue has expanded the boundaries of what could be accomplished with sound since the 1950s to the present day. Radigue turned ninety-years-old last Monday, marking another decade of many in which she made an impact on avant-garde and electronic music.

Born in Paris in 1932, Radigue learned piano during childhood and went on to study harp, composition, and choral singing at the Conservatoire. Her experience with classical music would stay with her and influence her electronic works later on. In a 2011 interview with Frieze, she said, “I have always been very fond of the second movement in classical music, which is quite slow, quite suspended. This is what I’m looking for.” This slow, minimalist quality has certainly characterized much of her work.

Éliane Radigue’s compositional output can be loosely divided into three periods: her experiments with feedback in the 1960s, compositions on the ARP 2500 modular synthesizer from the 1970s through the 90s, and primarily acoustic works from the early 2000s until the present. Regardless of the tools Radigue used in each of these decades of her career, her vision remained the same, the instruments used as vessels for her concepts.

In the 1950s, hearing musique concrète for the first time would be the catalyst for the remainder of Radigue’s career. The piece was Pierre Schaeffer’s Etude aux chemins de fer (Railroad Study), a composition created from sounds collected from a railroad station. Upon listening to this work on the radio, Radigue felt kinship to its concept, recalling how she could hear music in the sounds of an airport near her home.

She went on to be Schaeffer’s assistant at Radio Transmission France (RTF), and then began working with Pierre Henry at the Studio d’Essai and Studio Apsome. Despite being inspired by these composers, Radigue was consistently set on her personal vision. In a 2019 interview with Purple Magazine, she stated, “I’ve always done what I wanted to as an artist, independent of my surroundings. When I was with Pierre Schaeffer and Pierre Henry at the Studio d’Essai in Paris, I was never concerned with making music like theirs.”

And it was during her time with Henry at the Studio Apsome that Radigue began to experiment with feedback, a unique departure from her peers. Creating music from feedback was a challenge that involved intense care and control. She explained the process as: “The first electronic sound I worked with was the feedback effect, which happens when you are between a microphone and a loudspeaker. If you put a tape-recorder between the two you have to be very careful to get the right distance: if you come too near it’s going to hurt, if you go too far away it disappears. You have to be very much in control. And slow – you can’t do it quickly.”

Her work with tape feedback in the 1960s would bring her compositions to art exhibitions, pieces she called “sound propositions” involving three tape loops that would accompany the exhibitions. One time, she even hid the speakers so that the music was purely heard. This setup was not the only example of Radigue’s unique takes on sound within a space. She had a concept called, “anti-acoustics,” which rejected traditional formations of sound equipment for optimal acoustics. Radigue preferred that the person experiencing her music within a space move where they like. “We’re talking, of course, about electronic sounds, which are so alive; there is so much possibility for them to resonate with the room, with the walls, with everything,” she said.

The next stage of Radigue’s career would begin upon her travels to New York University in the early 1970s. Radigue was interested in trying out synthesizers, but did not have access to any in France. During her year at the Electronic Music Center at NYU, Radigue explored the Buchla and Moog, but ultimately found a companion in the ARP 2500 modular synthesizer. She brought an ARP back to France with her, leaving the keyboard behind. Radigue translated the gradual shifts in musical texture she created with tape feedback to the synthesizer, composing minimal, drone music.

In the mid-1970s, Radigue’s spirituality would become intertwined with her music as she became a student of Buddhism, visiting the Karma Kagyu center in Paris. For a period, she devoted her time solely to learning and practicing Buddhism, but eventually returned to music. She was inspired by eleventh-century yogi Jetsun Mila to compose a work based on him, which would also bear his name. This work would also fold into Songs of Milarepa, which featured the voices of her teacher Lama Kunga and composer Robert Ashley.

For Radigue, her spirituality and music are deeply connected aspects of her life. She described this in 2019: “I can explain it through the metaphor of a train and its tracks: the two rails that constitute my life have been music and Buddhism. And the train, obviously, is what I do with my time. And these rails of music and Buddhism are what my life needs in order to roll forward.”

Since the early 2000s, Radigue has mostly focused on composing acoustic works, finding joy in collaborating with musicians, especially string players such as cellist Charles Curtis, for whom she wrote her piece Naldjorlak. She barely notates the works, as she composes these pieces for a specific performer, only to be performed again if the piece was passed down via oral transmission from the performer to their students.

At ninety-years-old, Éliane Radigue’s legacy lives on through her and through the performers, composers, and listeners she has inspired. Her music encourages the listener to experience stillness and patience as its beauty emerges and shifts gradually and slowly. As Sasha Frere-Jones said in an issue of Artforum, “The movement from a piece’s beginning to its end is the motif itself; to lose even a little of that adventure is to lose the music.”

We highly recommend checking out an Éliane Radigue documentary available for a brief time on Vimeo, in French with English subtitles. Read more about Radigue from the interviews and articles below, and take a look at what we have in stock from her body of work.

Browse more records we have in modern composition, musique concrète, and electronic here.