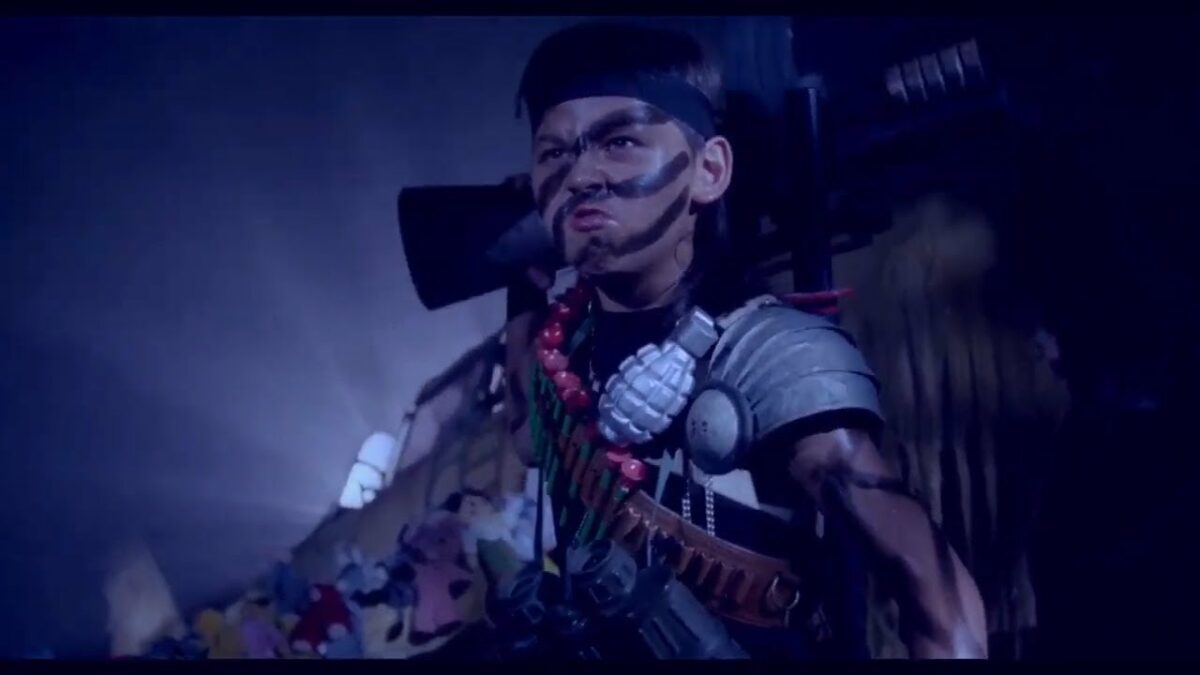 For this week’s blog post we have a guest contributor, our in-house movie curator Justin Wiese, talking about Dial Code Santa Claus, the film for our upcoming screening at the Esquire Theatre on December 22nd. 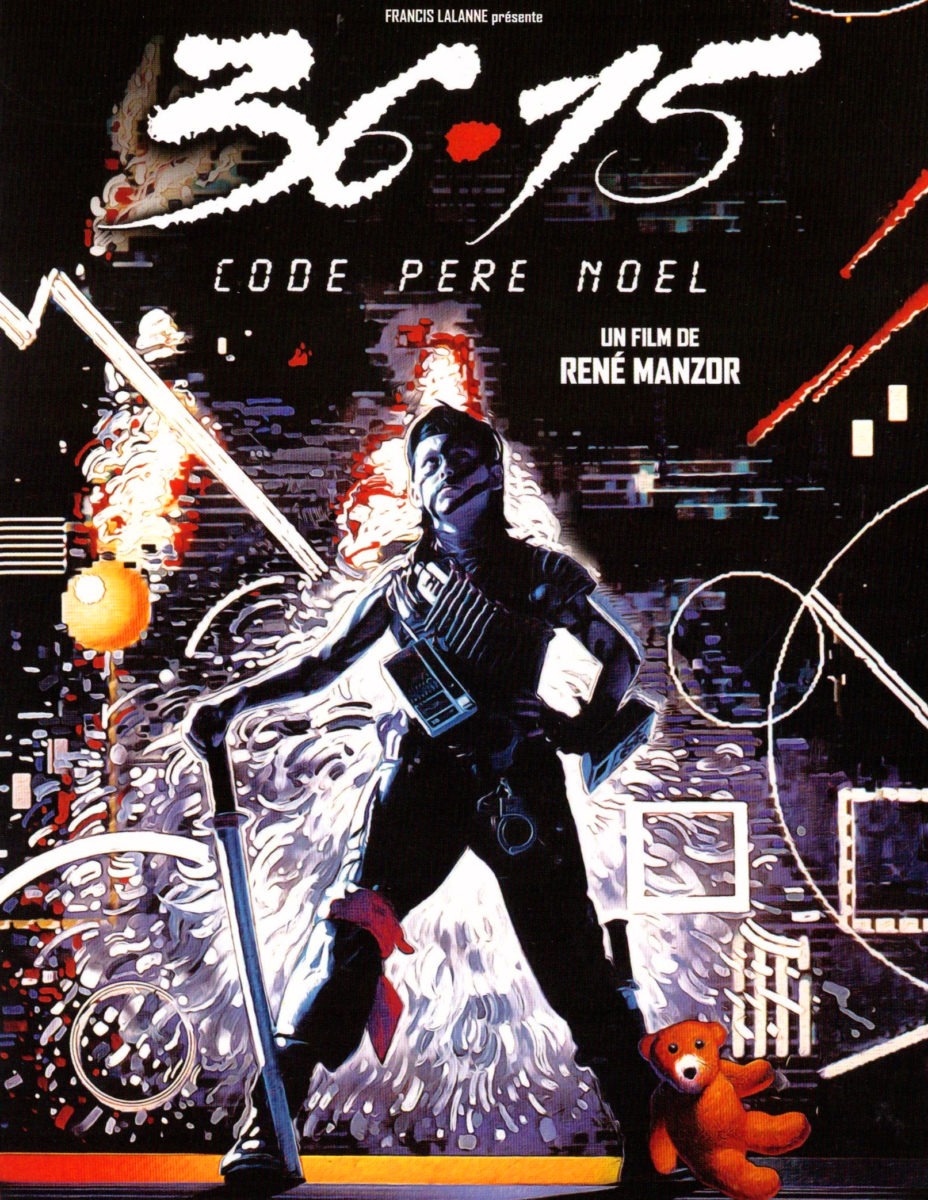 On December 22nd 2021, Torn Light Records is presenting a theatrical screening of a movie that for decades, was unavailable to see in the United States, a movie that defies genres and traditional cinematic expectations, an unheralded cult classic in the making: 1989’s DIAL CODE SANTA CLAUS. Together with the Esquire Theatre, who is the home of our monthly film screening series, we hope to expose the masses to one of the wildest and most exciting French genre films of all time.

Dial Code Santa Claus (also known as Deadly Games and Game Over) was the second directorial effort from René Manzor, a French filmmaker who drew inspiration from the fantasy films of pre-1950’s France, as well as American auteurs Steven Spielberg and Brian DePalma. Manzor’s first feature was the 1986 fantasy/thriller The Passage, staring legendary French actor Alain Delon, and was a big enough hit critically that for his second feature, Manzor was able to secure government funding for the project. Wanting to create an epic genre film in the style of the American filmmakers he so admired, Manzor created a gigantic set inside a warehouse in the French countryside, and got to work on his masterpiece. 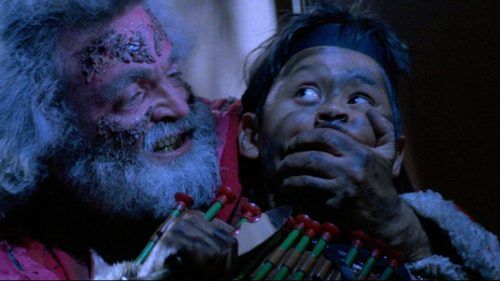 The film stars Manzor’s own son Alain Lalanne as Thomas, a nine-year-old boy who is an amateur inventor, a computer wiz, and an enormous fan of 80’s action movie heroes. He lives in an enormous castle, built long ago by his family, who now own a very successful toy store in Paris. When his mother goes to work on Christmas Eve, Thomas is left alone with his faithful dog and his aging and nearly blind grandfather. Utilizing a very primitive form of the internet, the French Minitel network system, Thomas inadvertently alerts his home’s location to an escaped lunatic with a score to settle with Thomas’ mother, and thus begins one of the most nightmarish Christmas Eve home invasions ever put on celluloid. Thomas has to use his wits, resources and series of traps to combat a truly deranged killer Santa Claus, in order to protect his home and his family. 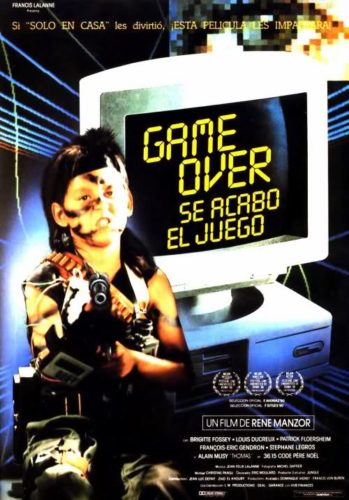 So much of Dial Code Santa Claus was unique and innovative in its time of release. There were very, very few fantasy/action/horror mashups being made in France at the time. The usage of the Minitel network was a precursor to so many of the internet thrillers of the 90’s and onward. Manzor used still fairly primitive steady-cam shooting setups to shoot from a child’s point of view, and spun his camera 360 degrees in ways to make the action and suspense feel even more anxiety-inducing and intense. It’s a beautiful looking film, full of ethereal lighting, exceptional camerawork and spectacular miniatures and special effects.

Dial Code Santa Claus premiered in France in March of 1989, but only played theatrically for one week. In May of 1989, the film was shown at the Cannes Film Festival, where many international film buyers viewed it, and in early 1990 was playing many French film festivals and winning awards. However, in November 1990, a John Hughes produced film with a very similar premise was released in America, which went on to become an utterly gigantic global hit. That movie was Home Alone.

All interest to bring the movie overseas was ended, and Manzor even threatened legal action to the studio behind Home Alone. Unloved by the general public in France, available only on VHS in international markets, and completely unreleased and unavailable to see in the United States, Dial Code Santa Claus resided in obscurity for the better part of 30 years. I was able to track down a foreign VHS copy of the film years ago, and was immediately blown away by the style, the direction, and the performances. Unfortunately, as stated, the only way to see it was in very low resolution VHS scans, and as the internet buzz around the film grew year by year, there was a small amount of hope that someday American audiences would be able to see the film in it’s intended resolution and aspect ratio, the way it was intended to be seen, in a theater.

Thankfully, in 2018, the American Genre Film Archive, in partnership with film releasing label Vinegar Syndrome, were able to license the film for a North American release, resulting in a brand new 4k scan of the film negatives with a blu-ray and 4k UHD disc shortly thereafter. Now, this December 22nd, all of us at Torn Light are thrilled to present Dial Code Santa Claus in a theatrical setting in Cincinnati for the first time ever. This is an extremely rare screening of an extremely underseen and truly unbelievable film, and we are so happy to present it in all of it’s uncut glory!

A reel of vintage Xmas themed horror and thriller trailers, curated by Justin Wiese, will play before the movie.