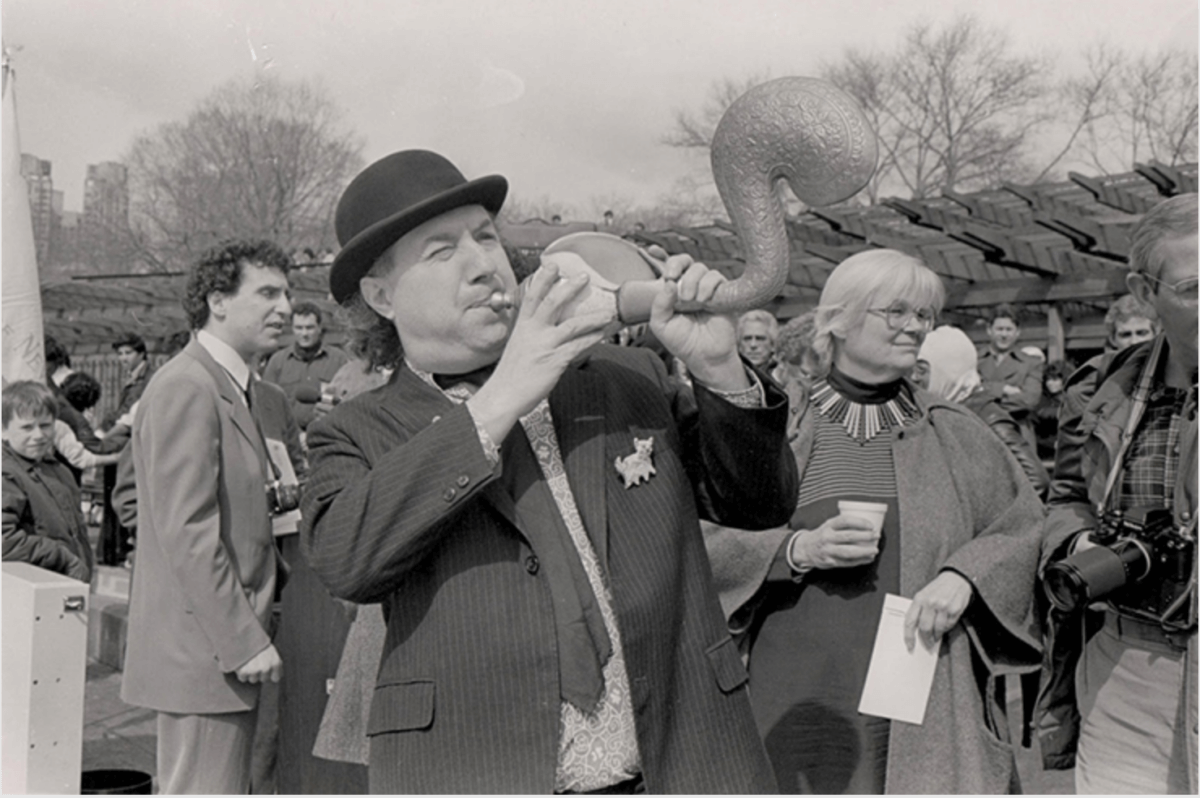 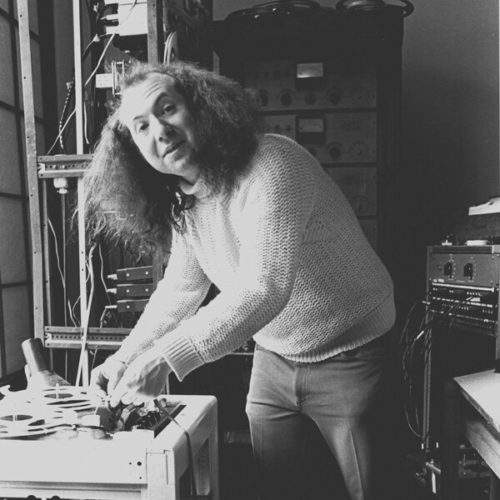 Recital recently released Charlie Morrow, Chanter, a curated collection by Sean McCann of Charlie Morrow’s vocal compositions. A crucial figure in American new music of the twentieth century, Charlie Morrow is known through a variety of musical avenues throughout his life thusfar, from writing the Hefty commercial jingle to founding and co-directing the New Wilderness Foundation with poet Jerome Rothenberg. To accompany the release of Chanter, we look back at Charlie Morrow’s continuing legacy in sound art and avant-garde composition.

Making music started at a young age for Morrow, about which he shared a few anecdotes with Joshua Minsoo Kim for the experimental music newsletter Tone Glow. Morrow recalled being into music, “since I’ve been about three or four. That was mainly playing not-musical instruments, but playing with toys and anything you can make some noise on. I started out completely free of any concept of what music is, just being part of the connectedness of all things.” Morrow did learn to play piano and trumpet, but his fascination with the properties of sound never ceased. He also shared a memory from high school with Kim: “At our school I was able to sign up to give a lecture to the entire student body. I did a lecture on the energy of light and sound in art. I talked about Kandinsky and how he saw everything as alive and in motion. I had a purely science view of sound and music.” 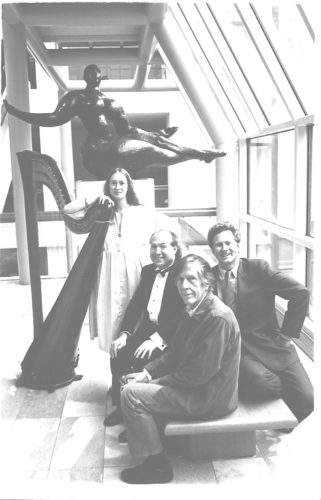 This scientific perspective on music would carry Morrow into college, where he studied chemistry and music at Columbia College starting in 1958. While he was successful at chemistry and did some copy editing work for various scientific journals, Morrow continually found himself pulled towards music. While at Columbia College and then into the sixties, he studied under and befriended many figures in ethnomusicology, poetry, avant-garde, and popular music. Notable relationships were formed with ethnomusicologist Willard Rhodes, and the poets Allen Ginsberg and Jerome Rothenberg. Morrow also became involved with the Fluxus collective in New York City. He worked in performance poetry and became intrigued by mantras from around the world. These experiences laid the groundwork for the works he would compose in the seventies and eighties.

Also during the sixties, Morrow had notable encounters with popular music as well. In search of steady income, Morrow began writing commercial jingles, the most ubiquitous of which was his jingle for Hefty trash bags. Morrow also connected with his friend from Columbia College, Art Garfunkel, and did some arranging for Simon & Garfunkel (such as in their “Scarborough Fair/Canticle”), the Rascals, and Vanilla Fudge.

Morrow was also still writing works for the concert hall into the seventies, but a particular performance would alter his approach to music making going forward. In 1973, Morrow’s work was featured at Lincoln Center for “An Evening with the Two Charlies,” a program with Morrow’s own compositions and his arrangements of pieces by the composer Charles Ives. Upon reflecting on this performance, Morrow stated, “I decided to leave the concert hall because the ambiance seemed too quiet, too much of a blank canvas.” 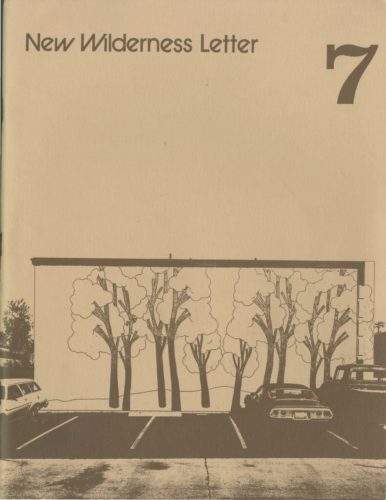 This experience opened the door for perhaps one of the most significant pursuits of Morrow’s career, the New Wilderness Foundation. Founded in 1974, he co-directed the organization with poet Jerome Rothenberg. An excellent pair of collaborators, Morrow spoke fondly that “He had words, and I had music.” As their website states, “NWF grew out of ethnopoetics and performance arts: a blend of experimental and traditional arts espousing a ‘new wilderness’, a source of perpetual renewal and new ideas.” The NWF released cassettes through the nonprofit Audiographics Artists Cassettes, published EAR Magazine, and organized performances. Their recordings included works by Alison Knowles, Dick Higgins, and recently recovered music by figures such as Pauline Oliveros and Phil Corner. While the New Wilderness Foundation has been inactive since 2011, their website is still available for perusal, rich with information about the foundation and the Charlie Morrow Archive.

Charlie Morrow on making interspecies music from NewMusicBox on Vimeo. 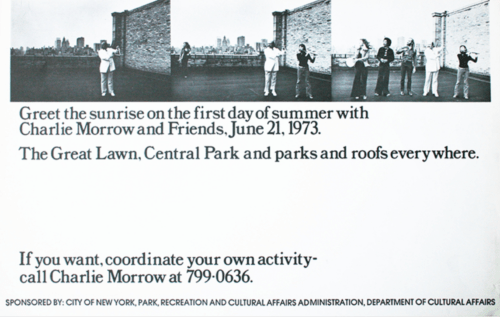 During this period, Morrow explored cross-species music and various events in an outdoor environment, such as his piece based on “fish language,” Concert for Fish in 1973 and his solstice events in New York City. You can view more flyers, posters, and photos with informative captions on Charlie Morrow’s website.

Morrow has consistently had an interest in the relationship between music and the environment, music within an outdoor environment, and music as the environment itself. This interest continued into one of his most recent projects, the development of the MorrowSound Cube, which replicates sound environments within indoor spaces using eight speakers that emit surround sound in any direction. Morrow spoke of this project: “At a certain point, I decided I would take my work outside the concert hall to create and be part of immersive environments. Then I took the event idea and put it into 3D sound design to see if I could re-create that feeling, because I like to create little worlds.” From exhibitions about the Arctic Ocean at the Smithsonian Museum to the Magic Forest at Columbus, Ohio’s Nationwide Children’s Hospital, Morrow creates “sonic ecosystems” that artfully and authentically evoke the natural world. 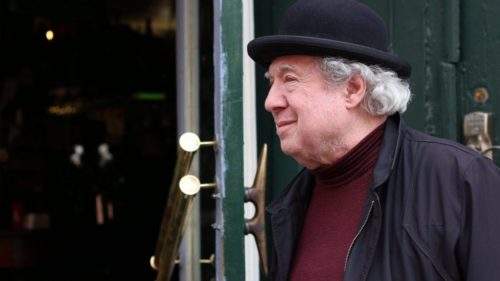 Morrow also delved deeper into vocal works and healing chants throughout the seventies and eighties, which comprise Recital’s new release. He was especially encouraged by Rothenberg to explore vocal work, saying, “When I started to use my voice and chanting, it was Rothenberg who encouraged me to use it as a performance.” Tracks on Chanter include “Spirit Voices” (1971), a grand vocal work based on Siberian shamanism, “Hymn Transformations” (1983), which experiments with Sacred Harp hymns, and “Phoning Annea” (1984), an excerpt from a performance where Morrow phoned in performers from around the world to contribute.

Morrow himself spoke enthusiastically of previous Recital releases of his work to Tone Glow, stating, “This is curated by Sean McCann who has put together a bouquet of different works of mine from different parts of my life. I’m the chef, but I’m not the person who can plate (laughter). Particularly, making a good show out of my own works is…I can make those molecules, but hearing those molecules put together into a new structure by Sean is breathtaking.”

Now with Morrow’s endorsement and ours, get a copy of Chanter and experience some of Morrow’s unique, wide-ranging career in sound art. Also included below are links to other records we have in stock from Recital, as well as more record labels of sound art and modern composition that may interest you.

Expressions of a Hardcore Life with Duma