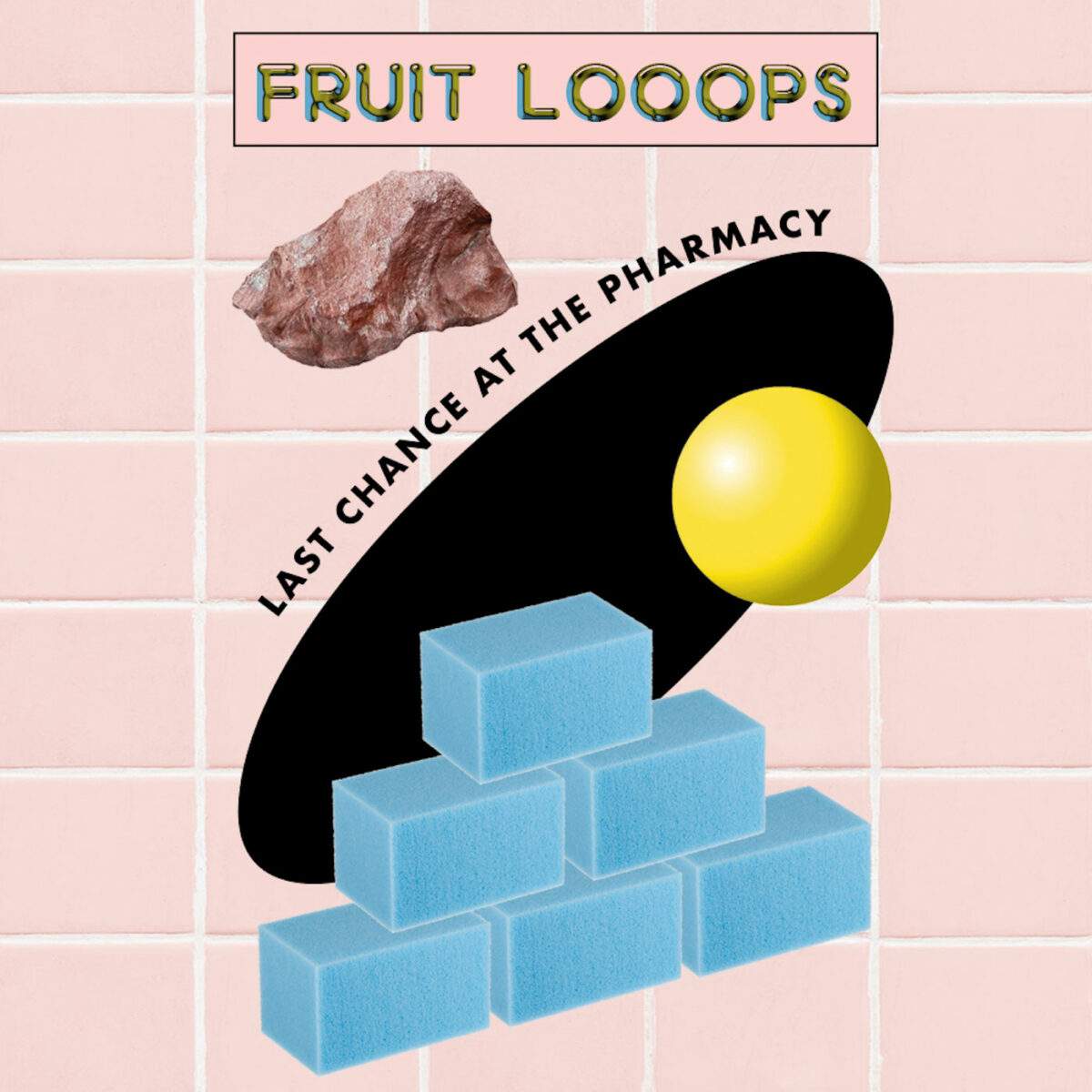 It all started with a dream… 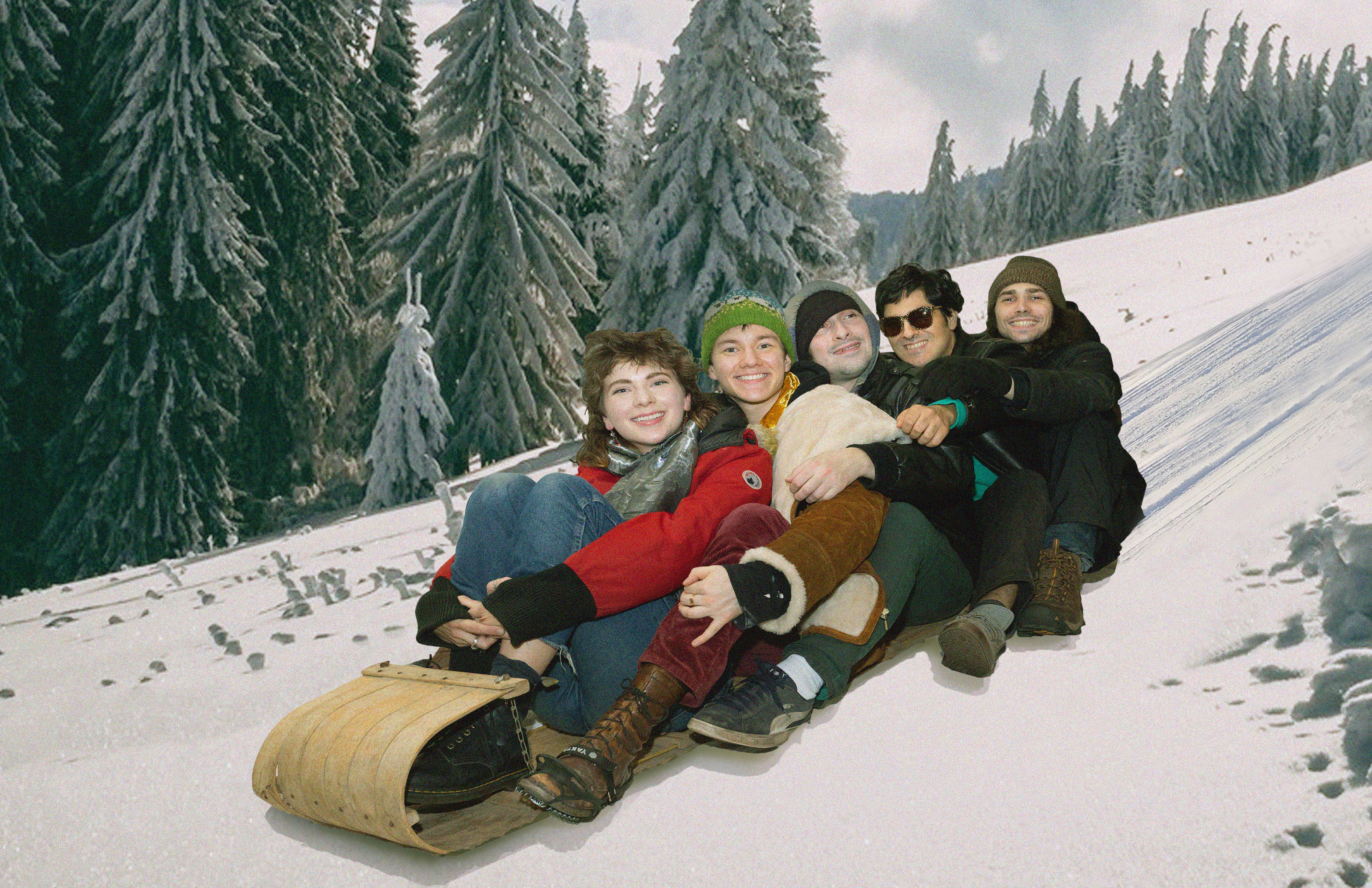 Actually, a nightmare to be specific. Jackie Switzer, vocalist for Cincinnati-based art punks Fruit LoOops, says the band “formed when I had a nightmare about peeling fruit into contact mics and using kitchen equipment in the audience at a local open mic night. Then I posted it to an online dream journal collective and some local musicians wanted to make it happen IRL.” 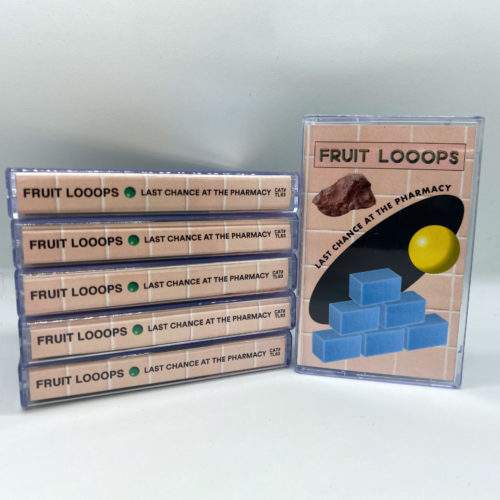 That energy was harnessed during songwriting upon the end of the pandemic’s lockdown. Apfelbeck recalls, “Coming out of lockdown, we rented a claustrophobic foreman’s office elevated in the center of a garage for the summer. The humid and deafening environment of the office helped us stress our songs into the most uncomfortable versions of themselves. This is the most extensive recording we’ve done. Both EPs were recorded in a night or two but this time we had 4 days at Russian Recording to record with Kyle Houpt and 4 nights to mix with John Hoffman at the Lodge.”

Last Chance at the Pharmacy is not a comfortable record – it pushes you while listening, taking unexpected turns, its walls of sound persisting until truly ready to let up, and not a second sooner. Compared to Lemon Party and Orangina, Last Chance at the Pharmacy conjures even more intensity. “This is an evolution of our sound,” says Apfelbeck. “More deliberate vocals, a greater emphasis on dissonance and rhythmic dis-alignment, a wider sound palette, and Eric swapped his saxophone for an Aerophone.”

This evolution towards dissonance ultimately helps convey the larger concepts behind the record. Switzer describes how “the sound on the album is comparable to my panic and anxiety when picking up my prescription medications; picking up those pills every month keeps my bipolar disorder at bay. The pharmacy is literally the last chance for sanity and if it closes before you get there, you’re outta luck. With rising healthcare costs, we might all be outta luck soon.”

The pharmacy isn’t the only setting Fruit LoOops explores during this album’s rollout. The music video for the single, “Suffer,” has an uncanny, Getty Images financial office theme. The bedlam of the track is reflected in the rapidly changing images and speeding ticker tape delivering the lyrics. Sam Jaynes says, “All of the images you see on the televisions in the Suffer video were part of a powerpoint presentation that we used as part of an office/business-themed performance. The original idea was to align the powerpoint with the song in the set, and so I woke up at like, 4 pm the day of our show, and just zoned in finding images through a search engine that would give me bad results (think showing me a picture of a duck when I searched for ‘bridges’). Keeping with the business theme we decided on dow jones style stock ticker subtitles for the lyrics to really drive home how serious we are about our finances.”

Fruit LoOops are serious about what’s in store for them following the release of Last Chance at the Pharmacy as well. Jaynes shares that they are concocting a few more videos to accompany Last Chance at the Pharmacy and are already working on their follow-up record. In March, they are heading out on a regional tour with African extreme electronics group, Duma, with a stop in Cincinnati on March 25th at (DSGN)CLLCTV. Tickets ($15) are already up for sale on our site!

Can’t wait to see Fruit LoOops live until March 25th? How about this Friday? There will be a release show for Last Chance at the Pharmacy February 25th, 10pm at MOTR in downtown Cincinnati. Fruit LoOops will be supported by the experimental electronic duo Kratt, a must-see overall. Don’t miss this chance to experience the dissonant intensity of Fruit LoOops live. It’s not your last chance, but you should take it anyway. 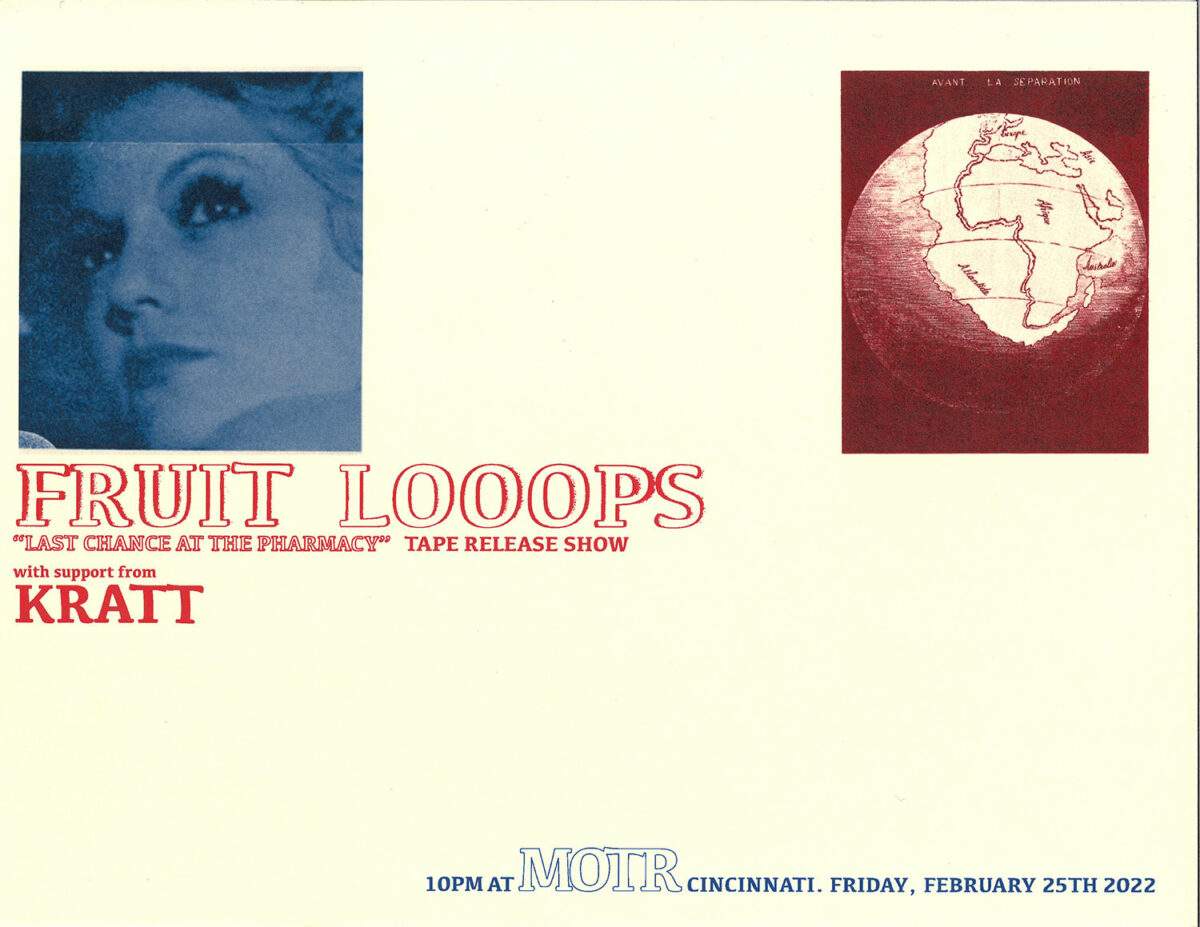