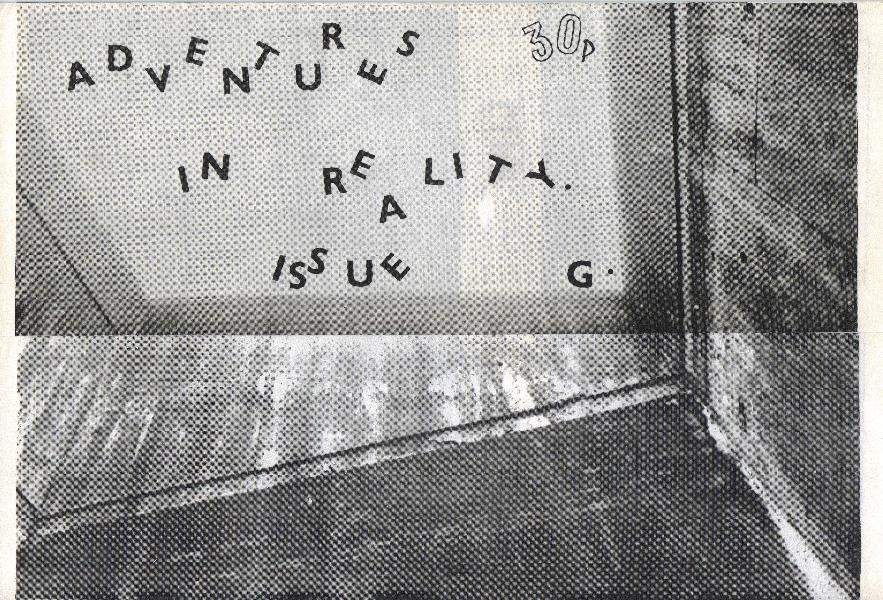 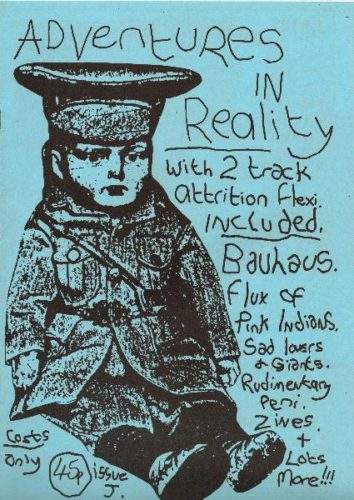 Zines have been essential players in DIY music culture for decades, sites of sharing musical opinions, interviews with underground figures, political information, and tributes to personal passions. Most importantly, zines create networks amongst DIY cultures within a community and beyond. Alan Rider, creator of the early 1980s Coventry, UK zine, Adventures In Reality, said that zines “were the glue that connected everything up, offering contacts, information, and a feeling that it all made sense.” This week, we look into zine history through the lens of Alan Rider’s life and work on Adventures In Reality.

Rider’s interest in zines began with his school friend, Nigel, who would stay up-to-date on the latest punk singles. The pair would get together to listen and Nigel also showed Rider the Coventry punk zine, Alternative Sounds. Rider’s interest in zines began to grow, and he visited record shops getting his hands on whatever zines he could find, including Sniffin’ Glue and Panache, as well as local zines. Before long, Rider became involved in writing for zines and making them himself. He began with writing reviews for Alternative Sounds after meeting the editor backstage at a Stranglers show, and eventually Rider put together the first issue of Adventures In Reality, which he described as “an A5 photocopied and handwritten affair. It was just a collection of reviews really and not particularly impressive. It was a start though and I put more issues out thick & fast.” The music scene in Coventry was vibrant at this time, with acts like The Clash, Echo & the Bunnymen, Dead Kennedys, Elvis Costello, and Stiff Little Fingers playing gigs regularly in the area, not to mention the more local bands.

Although Adventures In Reality is often described as a punk zine – and in many ways it was – the zine was not specifically bound by genre. The musical styles it covered were widespread, including punk, skinhead, metal, power pop, electronic, avant-garde, and reggae. Adventures In Reality organically developed a cassette label as well over time, which released a lot of early music from the industrial band, Attrition, who Rider called “the Adventures In Reality house band.” The label’s industrial compilation, The Last Supper, also achieved great success, getting distributed internationally by Rough Trade.

During this time, zines also had a farther reach than inside one’s own community. Adventures In Reality was carried not only at local record shops, but also Rough Trade, Tower Records, Virgin, HMV, and sold internationally. Rider estimates there were around twenty zines published in Coventry during the late seventies through mid-eighties, and that around seventeen of those would have been in circulation at the same time. Creating and distributing zines frequently does not make back a lot of money, so many zine makers in the UK during this period often applied for grants established by the Royal Family for “young people.” Rider said in a 2021 interview with Brutal Resonance, “Using their money to support counter culture felt like a bank raid on the establishment!” 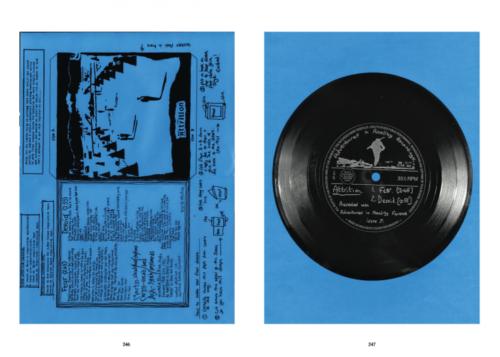 Despite financial and technical frustrations that sometimes arose from distributing zines, it was still a passion for Rider. He told Zine Weekly, “That spirit of experimentation and ‘anything goes’ pretty much summed up the appeal of doing a fanzine to me.” Due to both experimentation and scarcity of certain materials, Rider would try printing the zines on non-traditional materials, like brown paper bags. Adventures In Reality was also known for its free gift that would come with each issue, an idea Rider got from The Specials bassist Horace Panter. After Panter gave him a bunch of old ticket stubs, backstage passes and such to make a collage cover, Rider noticed there was a tea bag in the pile of items, and he thought to include a free tea bag with the next issue. These free gifts eventually expanded to stickers, posters, and flexis.

When considering the troubles he faced with distributing zines in the eighties, Rider can see the benefits to zines that exist in digital space today. Digital zines can have a wide reach and may dodge some of the production costs that come with creating physical copies. However, Rider notes the loss of a print zine’s tactile quality with moves to digital. Print zines are very much alive and well, but they do function in new ways in tandem with digital means of sharing musical information. 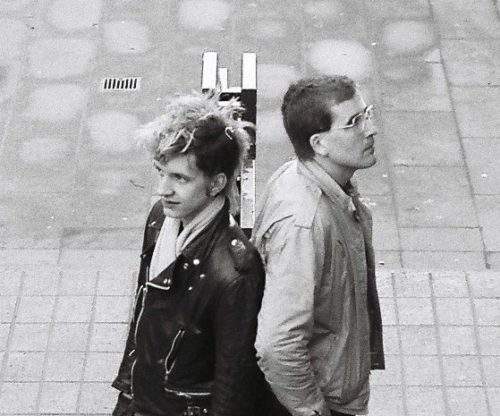 Over the years, the original Adventures In Reality zines have become fragile, which Rider asserts is “the nature of the medium. Essential but disposable.” It took Rider a long time to carefully scan each page for the complete collections he published with Fourth Dimension, which we have in stock here at the shop. Because of zines’ ephemeral quality, Rider had some qualms about publishing such a collection. He said to Zine Weekly, “It’s important not to categorise fanzines as historical artefacts. They are part of a history for sure, but then everything is, but to preserve them in aspic would go against the nature of a fanzine, which is temporary, irreverent, and existing outside of the establishment. Having said that, I am currently writing a book on my experiences and the Coventry fanzine scene, so pass the formaldehyde!”

We have Rider’s two books Adventures In Reality: The Complete Collection and Tales From The Ghost Town: The Coventry Punk Fanzine Revolution 1979-1985 available in-store and online. Also, take a look below at the music magazines and zines we have in stock currently, and check out the zine rack by the book section of the shop the next time you stop by.

Adventures In Reality: The Complete Collection – $26
Tales From The Ghost Town: The Coventry Punk Fanzine Revolution 1979-1985 – $30